Craig Venter’s laboratory cell violates the divine law of recreation, says Kanchi Sankaracharya Jayendra Saraswati, who believes that creating life in a laboratory is an act of defiance against God, as man is created based on his deeds in his previous birth. “Venter’s work violates karma, which alone decides the nature of life for all humans and, besides, creating life in lab could cause cultural degradation as it eliminates the need for marriage and family values,” the swami told DC when his attention was drawn to the creation of synthetic cells in Venter’s laboratory in Rockville, Maryland.

This kind of scientific advancement could be used to provide vital needs like water, the pontiff said, welcoming the use of research to make vaccines and biofuels. “But if a man is synthetically created, he would not be guided by past karma and would behave just like a machine. This should be avoided,” he advi-sed. Asked if the Venter success did not mean achieving greater hei-ghts in decoding the mysteries of life, he shot back, “God first created the entire world and made man and animals. He ensured man benefited through his creations. The synthetic cell will affect all of creation and should be stopped.”

In lighter vein, pointing to a newspaper advertisement on astrological predictions, the seer said, “Even this would be affected.” 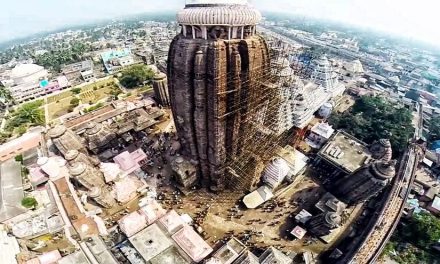