Yoga classes helped people with chronic lower back pain improve their mood and ability to function, and it eased their pain more than conventional treatment alone, according to a new study funded by the National Institutes of Health. People who were assigned to take yoga for two months experienced a 29 percent reduction in functional disability and a 42 percent reduction in pain, the authors reported in the September 1 edition of the journal Spine. Yoga was also associated with a 45.7 percent decrease in symptoms of depression over conventional therapy alone.

“Yoga improves functional disability, pain intensity, and depression in adults with [chronic lower back pain],” Dr. Kimberly Williams of West Virginia University and colleagues concluded. “There was also a clinically important trend for the yoga group to reduce their pain medication usage compared to the control group.”

Lower back pain is a major public health issue, the authors noted, with studies suggesting that 70 percent to 85 percent of the population experience one or more episodes during their lifetimes. Directly-related medical costs exceed $34 billion per year, they wrote.

Previous research on Hatha yoga — the physical form of the practice — showed a decrease in pain and improvements in function and mood, but the studies lacked statistical power or clinical significance. A 2005 study of viniyoga — a theraputic branch of the discipline that emphasizes breathing — found a significant improvement over standard therapeutic exercise.

A previous randomized controlled trial of Iyengar yoga, which stresses alignment of the body and is the most prevalent style practiced by Yoga journal subscribers, found a significant reduction in pain intensity, functional disability and use of pain medication after 16 weeks.

In this new study, Williams and colleagues extended the treatment time to 24 weeks to compare the outcomes of people participating in Iyengar yoga and those receiving conventional medical treatment alone.

The study included 90 participants who were either assigned to a group that performed yoga or a control group who did not.

Patients assigned to the yoga group participated in 90-minute yoga classes twice a week for two months. The classes were led by a certified yoga instructor and two assistants with experience in yoga therapy for people with lower back pain.

The participants were given props, a DVD and an instruction manual. They were asked to practice yoga for 30 minutes on days when they had no formal class.

People in the control group continued self-directed standard medical care, with no instructions to change the treatment previously prescribed by their physician. They were put on a wait list to join yoga classes after the study was completed.

The yoga participants saw improvement after 12 weeks of classes compared to the control group, but the difference was even greater after two months.

“Despite the fact that significant improvements at 12 weeks were found in the participants adherent to the study, we believe that a 24-week period of yoga practice for [chronic lower back pain] is superior since this time period can better prepare participants to sustain the benefits by improving posture, helping to retain the musculoskeletal system, and building the skills needed to decrease the rate of relapse,” the researchers wrote.

Yoga participants also reported a reduction in their pain medication use, although this finding was not statistically significant.

Six months after the completion of the study-directed yoga classes, 67.9 percent of the people in the yoga group reported that they were still practicing. The improvement in their outcomes were slightly lower compared to controls than seen at 24 weeks, but this improvement was still statistically significant. 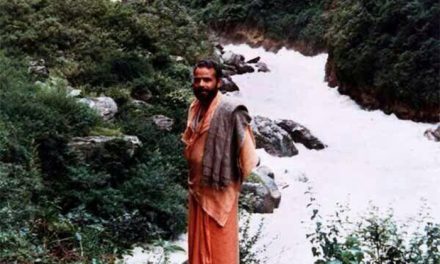