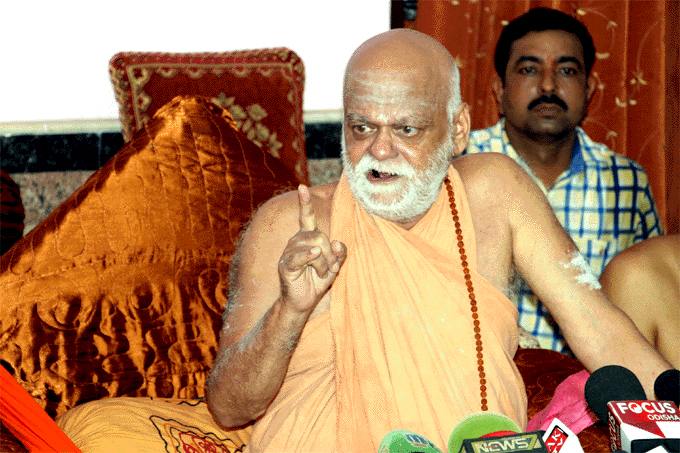 Shankaracharya of Puri, Swami Nischalananda Saraswati came down heavily on Sri Jagannath Temple administration and the Odisha government for not giving due respect to him. Addressing media persons at Puri on Saturday, the top religious leader said he was saddened that the temple administration did not consult him for Nabakalebara rituals.

“In 1996, nobody from the temple administration or government had approached me to seek my advice for Nabakalebara. They repeated the same mistake this year as well. It is an insult to me and to the holy seat of Puri Shankaracharya,” the seer said. “The temple record of rights has clear mention about my role. The temple should seek my advice for major rituals in the shrine. But the government and temple administration sidelined me,” the Shankaracharya said.

During last year’s Rath Yatra, the seer had spewed venom against the government and temple body. In a serious break of age-old tradition, he boycotted the ritual on the chariots at the June 29th car festival. He refrained from visiting the chariots as the temple administration barred his disciples from accompanying him to the chariots.

The Jagannath Temple administration said it has high regards for the seer. “We do not intend to humiliate the Shankaracharya. But we do not feel it necessary to take his advice on temple matters on daily basis. We usually approach him during crisis situation in the temple,” said temple’s Chief Administrator Suresh Mohapatra.