There have been times when the seeking for spiritual attainment was, at least in certain civilisations, more intense and widespread than now or rather than it has been in the world in general during the past few centuries. For now the curve seems to be the beginning of a new turn of seeking which takes its start from what was achieved in the past and projects itself towards a greater future. But always, even in the age of the Vedas or in Egypt, the spiritual achievement or the occult knowledge was confined to a few, it was not spread in the whole mass of humanity. The mass of humanity evolves slowly, containing in itself all stages of the evolution from the material and the vital man to the mental man. A small minority has pushed beyond the barriers, opening the doors to occult and spiritual knowledge and preparing the ascent of the evolution beyond mental man into spiritual and supramental being.

Sometimes this minority has exercised an enormous influence as in Vedic India, Egypt or, according to tradition, in Atlantis, and determined the civilisation of the race, giving it a strong stamp of the spiritual or the occult; sometimes they have stood apart in their secret schools or orders, not directly influencing a civilisation which was sunk in material ignorance or in chaos and darkness or in the hard external enlightenment which rejects spiritual knowledge.

The cycles of evolution tend always upward, but they are cycles and do not ascend in a straight line. The process therefore gives the impression of a series of ascents and descents, but what is essential in the gains of the evolution is kept or, even if eclipsed for a time, re-emerges in new forms suitable to the new ages. The creation has descended all the degrees of being from the Supermind to Matter and in each degree it has created a world, reign, plane or order proper to that degree. In the creating of the material world there was a plunge of this descending Consciousness into an apparent Inconscience and an emergence of it out of that Inconscience, degree by degree, until it recovers its highest spiritual and supramental summits and manifests their powers here in Matter. But even in the Inconscience there is a secret Consciousness which works, one may say, by an involved and hidden Intuition proper to itself. In each stage of Matter, in each stage of Life, this Intuition assumes a working proper to that stage and acts from behind the veil, supporting and enforcing the immediate necessities of the creative Force.

There is an Intuition in Matter which holds the action of the material world from the electron to the sun and planets and their contents. There is an Intuition in Life which similarly supports and guides the play and development of Life in Matter till it is ready for the mental evolution of which man is the vehicle. In man also the creation follows the same upward process,—the Intuition within develops according to the stage he has reached in his progress. Even the precise intellect of the scientist, who is inclined to deny the separate existence or the superiority of Intuition, yet cannot really move forward unless there is behind him a mental Intuition, which enables him to take a forward step or to divine what has to be done. Intuition therefore is present at the beginning of things and in their middle as well as at their consummation.

But Intuition takes its proper form only when one goes beyond the mental into the spiritual domain, for there only it comes fully forward from behind the veil and reveals its true and complete nature. Along with the mental evolution of man there has been going forward the early process of another evolution which prepares the spiritual and supramental being.

This has had two lines, one the discovery of the occult forces secret in Nature and of the hidden planes and worlds concealed from us by the world of Matter and the other the discovery of man’s soul and spiritual self. If the tradition of Atlantis is correct, it is that of a progress which went to the extreme of occult knowledge, but could go no farther. In the India of Vedic times we have the record left of the other line of achievement, that of spiritual self-discovery; occult knowledge was there but kept subordinate. We may say that here in India the reign of Intuition came first, intellectual Mind developing afterwards in the later philosophy and science. But in fact the mass of men at the time, it is quite evident, lived entirely on the material plane, worshipped the Godheads of material Nature, sought from them entirely material objects. The effort of the Vedic mystics revealed to them the things behind through a power of inner sight and hearing and experience which was confined to a limited number of seers and sages and kept carefully secret from the mass of humanity—secrecy was always insisted on by the mystic. We may very well attribute this flowering of Intuition on the spiritual plane to a rapid re-emergence of essential gains brought down from a previous cycle. If we analyse the spiritual history of India we shall find that after reaching this height there was a descent which attempted to take up each lower degree of the already evolved consciousness and link it to the spiritual at the summit. The Vedic age was followed by a great outburst of intellect and philosophy which yet took spiritual truth as its basis and tried to reach it anew, not through a direct Intuition or occult process as did the Vedic seers, but by the power of the mind’s reflective, speculative, logical thought; at the same time processes of yoga were developed which used the thinking mind as a means of arriving at spiritual realisation, spiritualising this mind itself at the same time. Then followed an era of the development of philosophies and yoga processes which more and more used the emotional and aesthetic being as the means of spiritual realisation and spiritualised the emotional level in man through the heart and feeling. This was accompanied by Tantric and other processes which took up the mental will, the life-will, the will of sensations and made them at once the instruments and the field of spiritualisation. In the Hathayoga and the various attempts at divinisation of the body there is also a line of endeavour which attempted to arrive at the same achievement with regard to living Matter; but this still awaits the discovery of the true characteristic method and power of Spirit in the body. We may say therefore that the universal Consciousness after its descent into Matter has conducted the evolution there along two lines, one of ascent to the discovery of the Self and Spirit, the other of descent through the already evolved levels of mind, life and body so as to bring down the spiritual consciousness into these also and to fulfil thereby some secret intention in the creation of the material universe. Our yoga is in its principle a taking up and summarising and completing of this process, an endeavour to rise to the highest possible supramental level and bring down its consciousness and power into mind, life and body.

The condition of present-day civilisation, materialistic with an externalised intellect and life-endeavour, which you find so painful, is an episode, but one which was perhaps inevitable. For if the spiritualisation of the mind, life and body is the thing to be achieved, the conscious presence of the Spirit even in the physical consciousness and material body, an age which puts Matter and the physical life in the forefront and devotes itself to the effort of the intellect to discover the truth of material existence, had perhaps to come. On one side, by materialising everything up to the intellect itself it has created the extreme difficulty of which you speak for the spiritual seeker, but, on the other hand, it has given the life in Matter an importance which the spirituality of the past was inclined to deny to it. In a way it has made the spiritualisation of it a necessity for spiritual seeking and so aided the descent movement of the evolving spiritual consciousness in the earth-nature.

More than that we cannot claim for it; its conscious effect has been rather to stifle and almost extinguish the spiritual element in humanity; it is only by the divine use of the pressure of contraries and an intervention from above that there will be the spiritual outcome.

The Slum and the Sacred Cave

The Amazing Power of the Human Mind

Untold Stories of the Ramayana: Dasharatha’s Desire for a Child 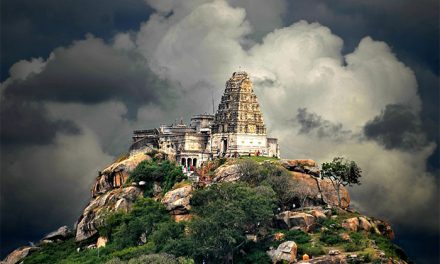