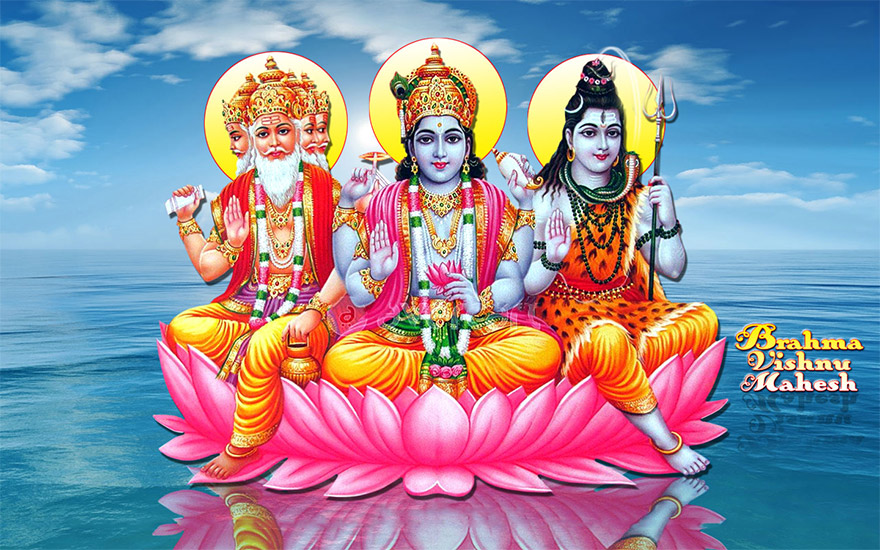 Before we get into the practical applications of the concept of gunas, it would make sense to have a basic understanding of what gunas are. The following excerpt from wikipedia would provide an overview of the gunas.

“Guṇa (Sanskrit: गुण) depending on the context means ‘string, thread or strand’, or ‘virtue, merit, excellence’, or ‘quality, peculiarity, attribute, property’. The concept originated in Samkhya philosophy, but now a key concept in various schools of Hindu philosophy. There are three gunas, according to this worldview, that have always been and continue to be present in all things and beings in the world.These three gunas are called: sattva (goodness, constructive, harmonious), rajas (passion, active, confused), and tamas (darkness, destructive, chaotic).

All of these three gunas are present in everyone and everything, it is the proportion that is different, according to Hindu worldview. The interplay of these gunas defines the character of someone or something, of nature and determines the progress of life.

In some contexts, it may mean ‘a subdivision, species, kind, quality’, or an operational principle or tendency of something or someone. In human behavior studies, Guna means personality, innate nature and psychological attributes of an individual.”

There is no single word English language translation for the concept guna. The usual, but approximate translation is “quality”.

As you can see, in the material world, gunas are all-encompassing. Even an atom, which makes up all the objects of the world, has the three gunas manifested in it: sattva in the proton, rajas in the electron, and tamas in the neutron. All the three gunas are present in everyone and everything in varying proportions. Typically, we use gunas to describe characteristics of human beings, but there is no reason that the gunas cannot be used to describe the characteristics of all the entities of the material world, living as well non-living.

Gunas can also be used to characterize all the fundamental operational principles that have been identified by philosophers. However, since I am thoroughly familiar with only Hinduism, I intend to focus only on the philosophy of Hinduism. I have tried to be as thorough as possible, but I suspect that there are infinite applications of the concept of gunas and therefore, no one person can capture all the applications. After I hit the number 18 on these applications, I decided to stop, for 18 is an auspicious number and even Gita stops after 18 chapters. I am sure the reader will get the message that I am trying to convey. I hope that, going forward, others would further expand on the applications of the concept of gunas. 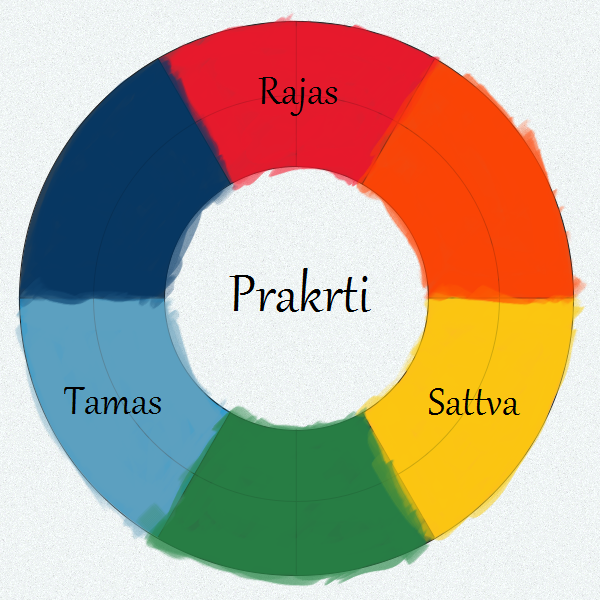 1. Living Being (Experiencer)=Intellect, Mind, and Body

2. Living Being (Experiences)=Thinks, Feels, and Perceives

3. Living Being (Fields of Experience)=Thoughts, Emotions, and Objects

12. Four States of Consciousness=Waking, Dreaming, Deap Sleep, and Turiya (the base-consciousness, Brahman, that transcends the other three states of consciousness)

It is not hard to see how deep, thoughtful, and insightful the philosophy of Hinduism is. I also hope that this write-up would inform the reader about certain core principles of Hinduism and hopefully motivate one to study those principles in detail, especially, in light of the fact that in the era of Internet so much information on every topic is so readily available online, free of charge. 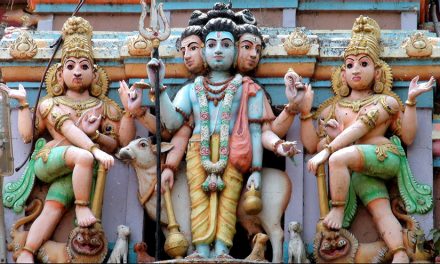 The Amazing Power of the Human Mind