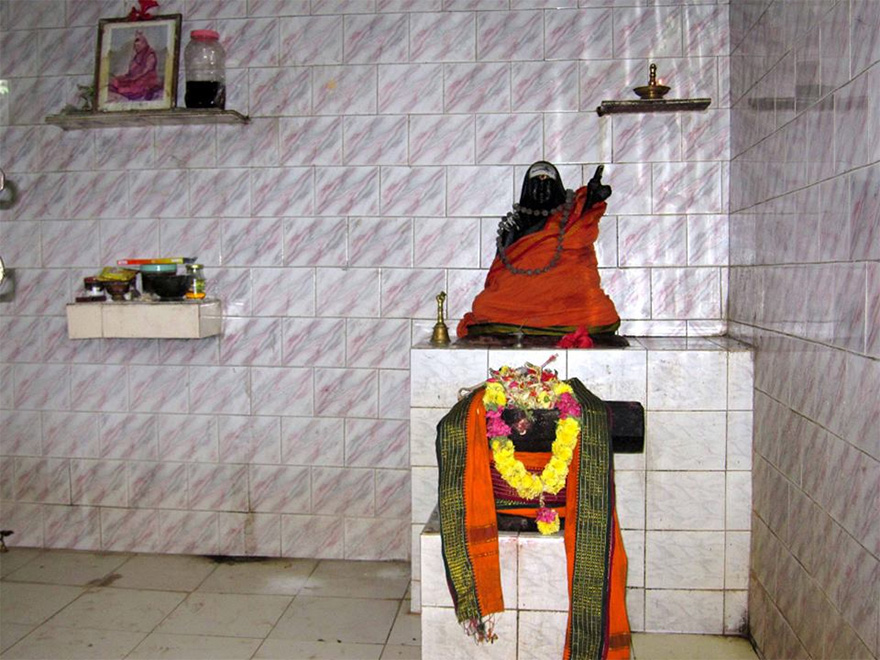 For those following Pambu Panchangam and in some other panchagams also, today, is mentioned as Sengalipuram Muthannaval Aradhana. It also happens to be the Aradhana of his most famous disciple Paruthiyur Krishna Shastri.

Who is this person?

Muthannaval was a great scholar and a great guru who lived in Sengalipuram. He inspired many people to follow Dharma and had several well known students. He is also the Periyappa (uncle) of Sengalipuram Anantharama Dikshitar.

I have collected a few details about Sri Muthannaval and would like to share this today on his Aradhana day with you.

Today, the Krishna Paksha Dwadashi of the month of Makara (Thai in Tamil) Masam is the Aradhana day of the great scholar Sengalipuram Vaidyanatha Dikshitar who was also known as Muthannaval.

Muthannaval the great guru from the family of Dikshitars was from Sengalipuram near Paruthiyur, on the northern banks of Kudamuruti River, in Thiruvarur District of Tamil Nadu. He was a great scholar, teacher and a Nitya Agnihotri. Sengalipuram was “Shivakalipuram” as it is known in Shastras. It is a village where hundreds of Dikshithar families are living for generations up to today and where great saints like Sri Muthannaval and scholars like Sri Anantharama Deekshithar were born. Sri Vaidhyanatha Dikshitar was known as Periya Muthannaval in the village while his brother Subramanya Dikshitar was called chinna Muthannaval. Subramanya Dikshitar was the father of the famous scholar, Sengalipuram Anantharama Dikshitar. 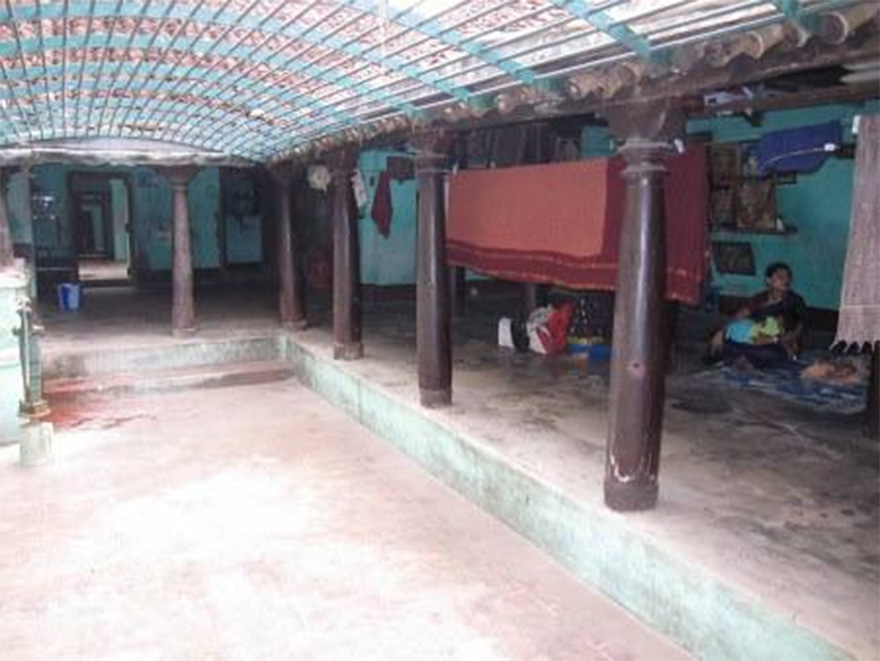 Muthannavaal (முத்தண்ணாவாள்) was born sometime around 1830. Named as Vaidyanatha, he was initiated into Vedic learning at the age of five, when his Upanayanam was performed. Receiving traditional learning from his father, he completed the study of Veda, Kavya, Shrouta, Apastambha gruhya sootra, Dharma sutra by the age of 12.

Thereafter, he went on to learn Tarka Shastra from Shyama Shastri, who stayed in Injikollai village nearby. Walking to his Guru’s house every evening, he would learn Tarka Shastra at night. Staying over, he would complete his daily rituals (anushtaana) in the morning, and continue his studies, and then return to his village. That was his daily routine.

After commencing Somayaga, Sri Vaidyanatha Deekshita went on to learn Vedanta from a Sanyasi, a Brahmanishtta, Sri Narayanananda who stayed in Kanjanur. Incidentally, Kanjanur is considered especially sacred as the Kaveri rivers flows northward there. It is also the one of the Navagraha kshetrams and is the place for the worship of the Moon or Chandran. 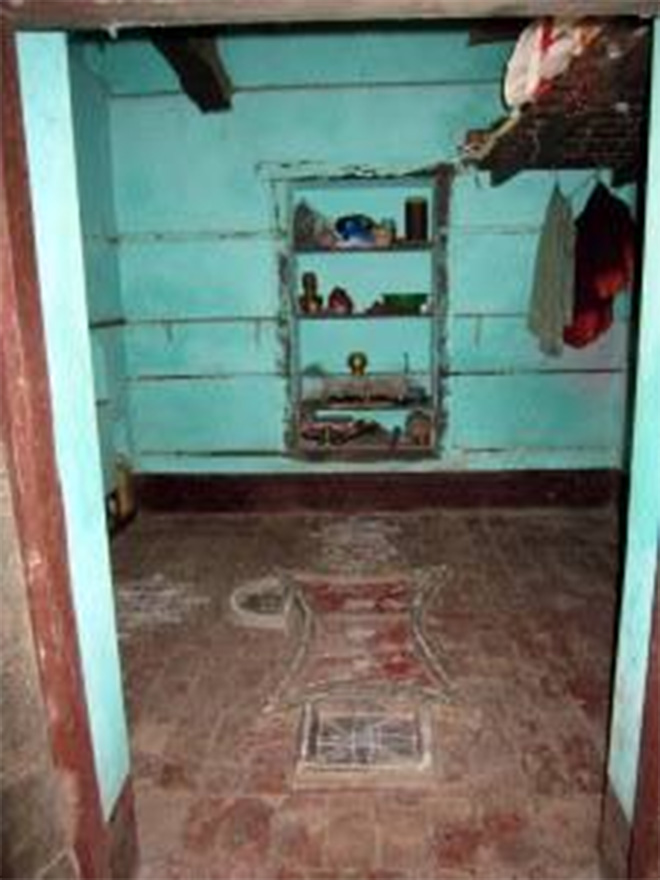 Sri Muthanna’s piety was awesome. When Sri Muthanna did Pancayatana Puja, he would wear a thousand Rudraksha. His daily Mantra japa would include Mantra of Ganapathi, Subrahmanya, Siva Pancakshari, Meda Dakshinamurthi, Shoolini.. He was a Mantra siddha. By the power of his Mantra shakti, he attained Vaaksiddhi, the power of Truth. By that shakti he could heal and bring solace to countless people.

Sengalipuram Muthannaval was a famous teacher in the area and had a lot of young students in his Gurukul. Muthannaval taught Prose, Poetry, Grammar, Kavyam, Natakam, Alankaram and Veda Sastram and Vedanta. One of Muthannavals famous disciples was Paruthiyur Krishna Sastri. With his Gurus blessings and encouragement Krishna Sastri became the greatest exponent of the Ramayana of his time.

Sri Muthanna and his brother imparted Vedic knowledge to several hundreds of students. There is an interesting story that concerns one of his students, Paruthiyur Krishna Shastri. After completing his studies, Sri Krishna Shastri was offered a Government job to teach Vedanta, by the Trivandrum Maharaja’s government. When he conveyed this to his Guru Muthannavaal, he was asked to decline the offer. Sri Muthannavaal told him – “The Vedanta that you have learnt from me is not to be taught for money”. Sri Krishna Shastri then asked him how he was to make a living. Sri Muthanna told him to take up Ramayana Pravacana, starting that very day in his presence. “You will attain all prosperity (kshema) by narrating Ramayana”, he said. And so it came to be. Sri Krishna Shastri became one of the greatest exponents of Ramayana, and his pravacana was held all over India…

Krishna Sastri dedicated his “Nandhi Mangala Slokas” on his Guru Muthanna. They were printed in Granta Akshara letters. When Muthanna attained siddi in 1893, Sastri conducted “Sri Muthanna Aradhana” every year in memory of his Guru. He did “Soma Yagam” in Srirangam, “Adhirathram Yagam” in his Paruthiyur Kodandarama Temple along with other disciples of Muthannaval.

At the end of his life when he was not keeping good health in early 1893, Shri Muthannaval was keen on taking up Aapat Sanyasam. Relations and disciples were saddened by his decision. Doctors who tested him said that his pulse was good and he would recover soon. Disciples told him that Sanyasam was not necessary for him and he would recover and live long. But Muthannaval predicted that on Duvadhasi day around 15 hours he would die. When his wife Nagalakshmi had gone to the Kaveri, Muthannaval took Abatsanyasam. He said that if he survives and lives after Dhuvadasi day, he would leave Sengalipuram and move to Paruthiyur to live near his favorite student Krishna Sastri! But that did not happen. On the month of Thai, on Dhuvadasi day at 15 hours, as predicted by him he died at the age of 63.

Muthanna maintained great relations with his students throughout his life. He was very proud of their scholarship and achievements and he encouraged them a lot. Both the Guru Sengalipuram Muthannaval and Krishna Sastri died in the Month of Thai, Krishna Paksham, Dhuvadhasi day.

His descendants still live in Sengalipuram and celebrate his Aradhana every year at his Samadhi. Our own MN Seetharaman Mama is the grandson of the great Sengalipuram Anantarama Dikshitar.

Let us remember this great scholar today and pay homage to him. 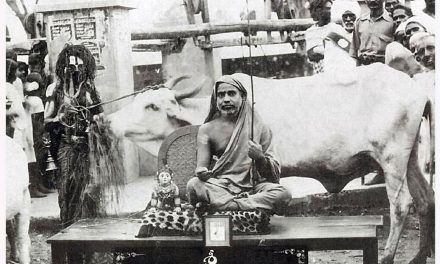