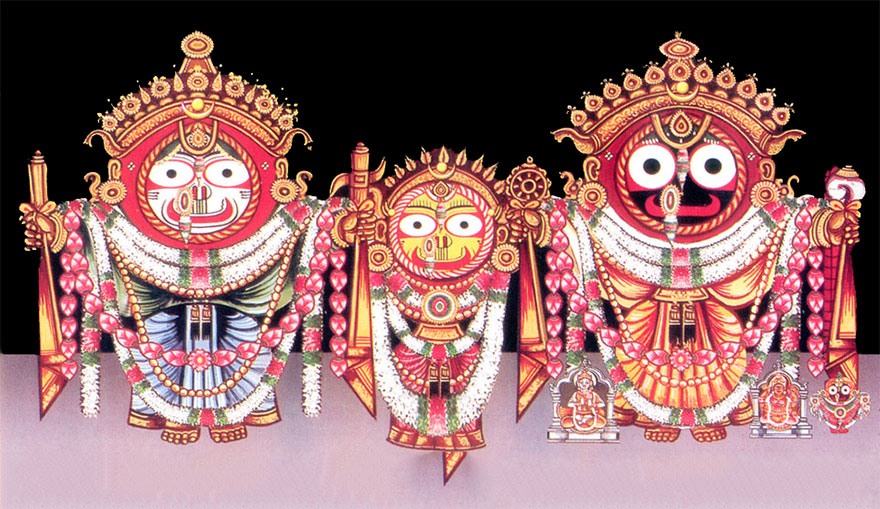 [Editor’s note: The following story is narrated by Mayesvara Dasa, who is a disciple of Sri A.C. Bhaktivedanta Swami Prabhupada. He had the unique service of building many Ratha chariots for use in temple festivals in major cities all over the world including for the ISKCON temples at Calcutta and Bombay. One of the most exhilarating Rathayatras he had the fortune to coordinate was the one for Calcutta ISKCON in 1978. Here he begins the narration of the events surrounding that historic program, which will be presented weekly in a total of 24 parts.]

“As the man who digs obtains underground water by use of a shovel, so the student attains the knowledge possessed by his preceptor through his service.” – Chanakya Niti Sastra 14.17

Prabhupada: “So therefore for knowledge, you have to go to a proficient man or person, that is knowledge. Why do you go to a school and college? Be in knowledge at home. If you want to steal even, you have to learn it from a professional thief, how to cheat, how to steal. That is also another kind of knowledge. You cannot steal unless you become expert by learning how to steal from an expert thief. So knowledge means you have to receive it from higher authority. That is knowledge”. Garden Conversation — June 22, 1976, New Vrindaban

This story really begins in the city of New York. It was 1976 and I was a new young devotee thrust into the genera of Ratha-yatra out of necessity. Jayananda prabhu had been working frantically to complete two new very big chariots for the now quite famous 1976 parade down 5th Avenue. He needed help and I was asked to refocus the temple construction crew to help at the Rath site for the last three days prior to the parade. What originally sounded like a simple thing turned into a major all-night affair that changed my life. I have already documented that story in a different tale entitled: The Historic 1976 New York Ratha-yatra Parade. The reader is invited to hear me narrate that story at the following link if they would like to hear it:

Srila Prabhupada was very pleased with the acquisition of the 13 story building on 55th street but it was very costly to maintain. So it was decided that the Radha Damodara traveling Sankirtan party would consolidate with the New York temple in order to help meet the huge overhead because it consisted of an army of more than 100 book distributors, ie: income producing devotees. I had come to N.Y. as a member of the Radha Damodara bus program and after helping with the emergency rebuild of Balaram’s cart it now appears my destiny had already been decided before I was aware of it.

Jayananda prabhu had concealed his illness very effectively so I did not even know how sick he was until Tamal Krishna Maharaja and Adi Kesava called me to their office to talk to me about his medical prognosis and what they now wanted me to do. To conserve his energy, the doctors ordered that Jayananda prabhu was to be relieved of all heavy work. It was further decided that he would do much better if he relocated to a more accommodating environment than the wet/icy below freezing weather of New York City. So it was decided that he would be sent to Los Angeles in less than two weeks and I was to: “Learn everything I could from Jayananda prabhu about building rath carts.”

Consequently my new responsibility was to do whatever Jayananda prabhu felt would help me prepare to head up the Ratha-yatra parade the following year in New York. The first order of business was to completely dismantle the carts after the 1976 parade. Those chariots were so huge each one had a 3×3 footprint of 9 parking spots. The only place we could possibly store them was in the temple parking garage but that meant they had to be completely dismantled. The carts had been built like a big wooden erector set using ½ inch diameter threaded rod and steel angle plates to hold the large 4X8 horizontal chassis beams to the 4X4 upright deck posts. Jayananda prabhu advised we mark every piece so we could rebuild the carts the following year and that is what we did. In this way I was fortunate enough to study nearly every single part of the NY rath carts. Meanwhile Jayananda prabhu explained everything he could think of about Ratha-yatra to me. I did not realize it at that time… but in retrospection he seemed to know he would not be available in person or by phone the following year. 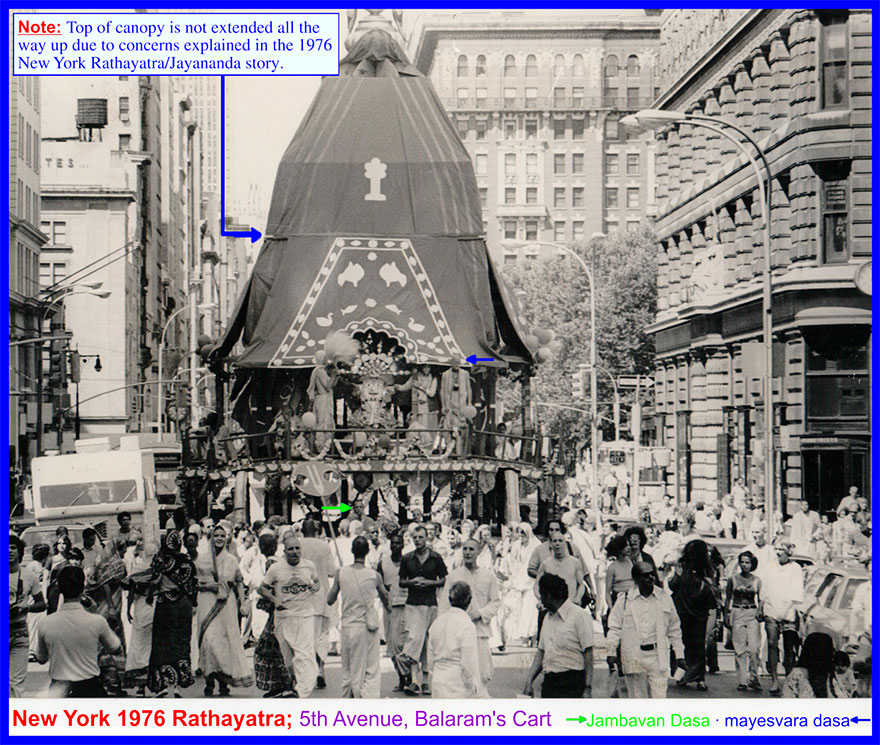 I do not recall who gave me this photo but it is an excellent shot of Balarama’s Cart as it rolled down 5th Avenue. Jambavan Prabhu is on the ground steering the cart using the two bar system Jayananda designed. I am standing on the right (starboard) side of the deity deck. 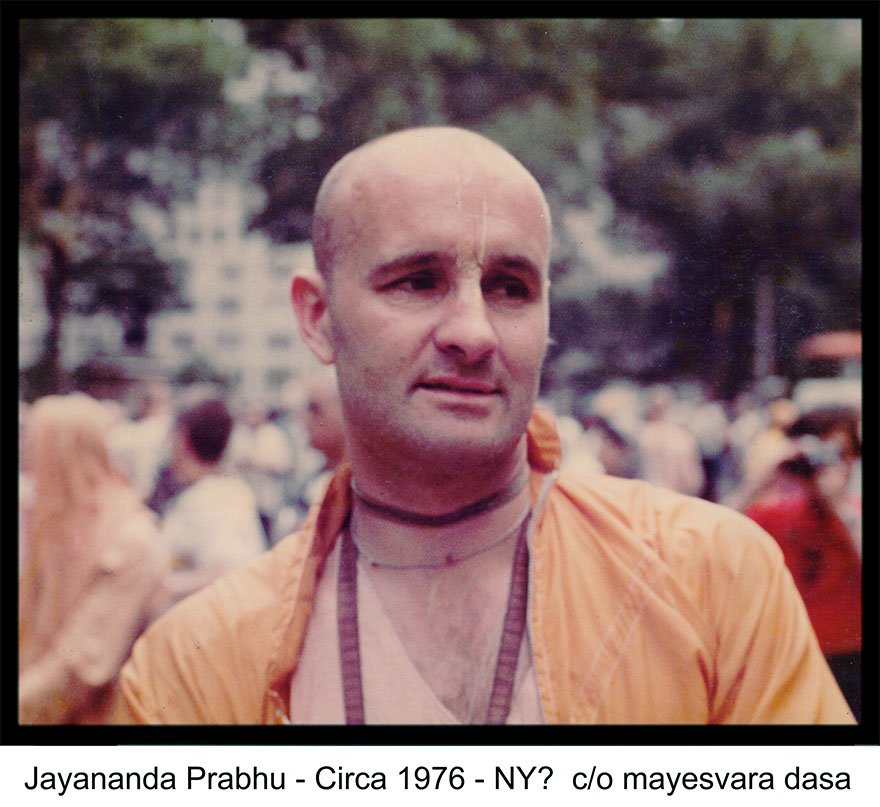 I bonded quickly with Jayananda prabhu because he was such an easy person to get to know and there was a lot to admire about his humble demeanor. He was not at all tinged with pride about his legendary accomplishments. This photo was also given to me so I am not certain where or when it was taken but if I had to guess I would say sometime in the summer of 1976, maybe even on the day of the parade!

Untold Stories of the Ramayana: Dasharatha’s Desire for a Child