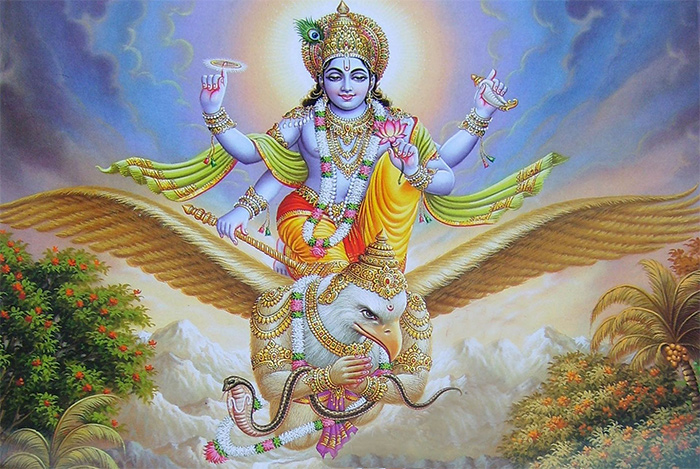 Excerpts from the Garuda Purana, a dialogue between Lord Visnu and Garuda, His transcendental carrier. While describing the significance of various consecrations (samskaras), Lord Vishnu told Shiva that the union of man’s sperm and woman’s ovum results into the birth of a child. This union along with the whole process of the foetus getting transformed into a baby is a lengthy affair during which it imbibes numerous impurities. Samskaras (consecrations) purify one from all these impurities.

Lord Vishnu said, ‘The mankind has been categorized into four prominent castes — Brahmin, Kshatriya, Vaishya and Shudra. The former three castes are also known as ‘dwijas’ (twice born. The solemnization of a consecration named Yagyopavit is believed to be their second birth.) Only they are entitled to get consecrated into this particular ceremony. Right from his birth till he takes his last breath, a dwija has to undergo various consecrations.’

Giving the names of some prominent consecration ceremonies that a dwija has to go through, Lord Vishnu said: ‘Garbhadhan Samskara is performed at the time of conception. The scriptures have clearly stated about the best time for a woman to conceive — twelve days after her menstruation has started, beginning from the fifth day, as the first four days are not considered auspicious for this purpose.

Dwelling at length on the appropriate way of performing Upanayana samskara (the sacred thread ceremony) rituals, Lord Vishnu said: ‘A Brahmin child should get consecrated with the sacred thread in his eighth year while a Kshatriya child’s consecration should be performed when he has attained the age of eleven. Upanayana samskara of a Vaishya child should be performed in his twelfth year.

A dwija, whose Upanayana samskara has been performed must face southwards while relieving himself in the night whereas during daytime, he should face northward. Subsequently, he should purify himself by properly washing his urinary organ with mud (soap) and water. He should also wash his hands and feet. The purification is believed to be incomplete until and unless the rituals of aachman (ritualistic rinsing of the mouth) have been performed. Next morning, after having a bath, he should do pranayam and chant the sacred Gayatri mantra facing east. In the evening he should chant Gayatri mantra facing south. After this the ritual of Bhikshatan is performed, whereby he seeks alms and donates everything that he gets to his Guru as a mark of respect to him.

This particular ritual is symbolic and emphasizes the absolute necessity of subduing one’s ego before acquiring knowledge from his Guru. A celibate is supposed to wear nothing but a deerskin and a waist band made of long reeds on his person with a sacred thread hanging across his shoulder and carry a stick in his hand. The celibate whose Upanayana samskara has been performed should stay at his Guru’s hermitage till he completes his education. It is also his duty to collect food grains from the neighbourhood to meet the food requirement of all the people living in the hermitage. A Brahmin celibate should chant Bhavati bhiksham dehi while seeking alms whereas a Kshatriya celibate should chant the same mantra with a slight modification, Bhiksham bhavati dehi. Similarly, a Vaishya celibate should chant Bhiksham dehi bhavati while seeking alms.’

His education being complete, now is the time for him to enter the life of a householder. But, before leaving the hermitage he should pay dakshina as a mark of gratitude to his Guru for all the knowledge he has imparted to him. With the permission of his Guru, he should then marry a girl who is beautiful, younger than him and belonging to a different gotra. Although the best option for him is to marry a woman belonging to his own caste, he is allowed to marry outside his caste provided the woman hails from a caste inferior to him, but under no circumstances should he marry a woman belonging to a superior caste.

An ideal wife is one who obeys the commands of her husband without any inhibition. According to the scriptures, the best time for a married couple to copulate is after the woman has had her menstruation, especially till sixteen days after her periods have commenced are considered best for this purpose. But, there are also certain days on which making sexual contacts is prohibited: the first four days after her periods have started, and Ashtami, Chaturdashi, Amavasya and Purnima are few such days. If the above given rules are followed, then a couple can beget worthy sons possessing good qualities.

Describing the methods of purifying different articles, Lord Vishnu reflected on the instructions which sage Yagyavalkya had once given to other sages in this regard: ‘Substances like gold, silver, conch, vegetables, rope, leather articles, etc. become pure once they are washed with water. In the same way, utensils made of wood or animal’s horn become pure after they have been chiseled. Utensils used in yagya become pure after they have been rubbed with mud and then washed with water. Washing woolen and silken clothes with tepid water or cow-urine make them pure.

Land is purified if it is coated with cow-dung. Copper vessels, articles made of lead and Tin vessels become pure if cleaned with a solution of alkali, acid and then washed with water. Iron and bronze vessels become pure if cleaned with ash and water. The followings are believed to be pure: sun-light, fire, cow, horse, earth, air, dew-drops, food grains up for sale in the market, etc. A man should perform aachaman in the following circumstances: after his bath, after drinking water, after sneezing, after waking up from sleep, after having food, after having a walk on a dusty path, after changing clothes, etc.

Describing the proper way of performing Shraddha rituals, sage Yagyavalkya told the assembled sages: ‘A performer of Shraddha rituals should invite able Brahmins and offer them seats of Kusha grass. First of all an invocation is made to Vishvedeva by chanting a mantra in his praise, an action which is followed by scattering grains of barley in the vessels kept in front of the Deity’s idol. Subsequently, some water and a small quantity of barley is taken in a small vessel, which is then handed over to the Brahmins along with other articles such as ghee lamp, garland, incense, etc. There are specific mantras for this particular ritual. After that he should offer seats of Kusha grass to all his ancestors one by one beginning, from the left hand side and subsequently moving on to the right hand side. All the ancestors are then invoked with specific mantras.

The scriptures allow the use of sesame seeds in place of barley if the latter is unavailable. These sesame seeds should be kept in an ardhya patra and placed to the left side of each pitras (ancestors) in an inverted position. While performing havan he should make offerings of ghee and other articles in the havan kunda. Finally, Brahmins are fed, after which the performer of Shraddha rituals offers Pindadaan in the name of his ancestors. After that he helps all the Brahmins perform aachaman and gives donations to them.

The idol of Vishvedeva is immersed in a nearby river or pond and the inverted pots are put back in the normal position. Finally, all the Brahmins are seen off with respect. Shraddha rituals performed in the above mentioned way immensely satisfy the ancestors and help them attain to heaven.

A Gap in Puranic History Bridged 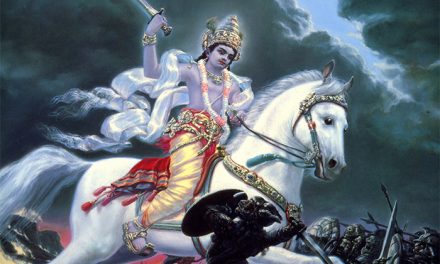 15 Most Amazing Predictions for Kali Yuga from the Bhagavata Purana