A Treatise on Good Governance: Fall of Kalyana 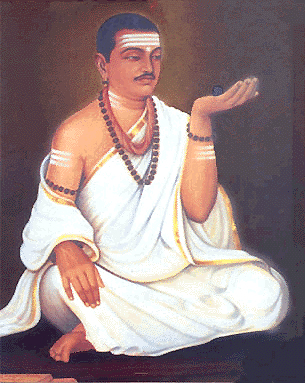 Indian Literature in English has earned acceptability, authenticity and global acknowledgement. In a multilingual country like India knowledge of more than one language has enabled people from ages to translate culture and literature from one speech system into another. In fact, translation is integral to Indian psyche.

Ramayana and Mahabharata have been translated into all Indian languages, resulting in establishing and giving a thrust to value based life. Despite subjugation through centuries, India has always been known for her resilience and zeal for reformation. This alone must have sustained this great nation with a hoary past!

Ability to absorb, observe and offer lasting solutions to perplexing problems has been the bedrock on which the edifice of Indian culture rests. ‘Unity in Diversity’ has been the channel allowing flow of free thought, action and subsequent sublime solutions. In spite of an apparently rigid framework of traditions and exemplary desire to enforce discipline, there arose on the social firmament stars blazing trails.

One such blazing star is Basava, who triumphed in transforming the social and religious contexts in Karnataka. His strife to convert socio-religious-political cultures from static to dynamic level is indeed highly appreciable, where alleviating the situation of the subaltern has been of supreme significance.

“Basaveswara has been one of the greatest social reformers of Karnataka, India. His magnificent personality shines through his countless mystic utterances and vacanas. [Basava Raj Naikar, 2003] As Basavaraj Naikar, proposes in his translator’s note of Fall of Kalyana, Dr. M.M. Kalburgi, a veteran scholar and an ardent ‘Basavalogist’, has succeeded in portraying the total personality of Basava in his play, Kettitu Kalyana in Kannada.

Fall of Kalyana may be termed a play of ideas and can be favorably compared with similar plays in other languages. The dramatist Kalburgi’s focus is on the pattern of Basava’s progressive views. Although Basava belonged to twelfth century Karnataka, his preaching is relevant even now.

“The personality of Basava is so grand, noble and multifaceted that it has tantalized many a writer from twelfth century down to the present one.” [R.M. Girji, Indian Journal of English Studies, Vol. XLI, 2003-04-P.251].

Yes. There are many works of art that try to project the personality of Basaveswara, in their own way. Kalburgi’s work foregrounds Basava and the encounters with Brahminical thought, and King Bijjala’s views of governance. His play brings to the limelight concepts like kayaka, dasoha, and istalinga worship and efforts to establish equality among divergent genders and castes.

If righteous indignation is considered worthwhile, then the fire that was ignited at the agrahara spreads slowly and splendidly, reducing to ashes the centre of all adharma, the kingdom itself.

As Prof. I.K. Sharma observes objectively, “Kalburgi does not falter a bit. The play is firm, with no padding. Our interest in the play doesn’t flag because episode after episode comes in quick succession, each one opening on a new perilous sea that adds a new shade of color to the character of Basava.” [I.K. Sharma, Reflections-Vol. V, No. 1 & 2, 2006]

The play presents how Basava passed through three phases in his life: the agrahara culture of Begawadi, the temple culture, and the palace culture of Kalyana. His growth from static to dynamic level is traced vividly.

In his social outlook and values cherished most, Basava appears as a forerunner to Marx, Gandhi and Ambedkar. His confession to his servants is quite revealing:

“Though I am the son of this family, the property thereof should belong to you as you have worked as servants here from generation to generation. Therefore, this house and lands are your property now.” [Fall of Kalyana-p.17]

His argument is illuminating:

“This property has grown on account of your sweat. I am giving it back to you. You release me from the debt I owe you. Later you distribute the land, the house, the open site and the cattle among yourselves.” [Fall of Kalyana-p.17]

The leitmotif, “The static perishes, the dynamic perishes not” is heard repeatedly. Basva is appalled by the rituals and environment of the agrahara. He gets injured while trying to free a sacrificial lamb from the hands of Vipras. He denounces ‘the religion devoid of compassion’.

Basava’s views are progressive and humanistic. As he opines, the principle of istalinga is clearly different from that of sacred thread. Whereas the latter gives a man power to conduct sacrifice, the former paves the way for spiritual purity. The holy service to the istalinga is necessary for the transformation of a material body into divine one. It is a day-to-day self-examination paving the way for manifestation of virtues like truthfulness, peace, kindness etc…thereby humanizing the individual.

“Yes, revered sir. We must defy temples which have become centers of misusing God. Instead our legs should be the pillars, our head the golden crown and our body, the temple. Every man should be a moving temple. Our personality should be transformed from static to dynamic.” [Fall of Kalyana-p.26]

Basava’s observations about the contemporary society are highly relevant to the prevailing situation now. He tells Nagalambika, his elder sister:

“Yes, sister. It seems as though in the society of bad people, it is the worst fellows who will be the leaders. These people seem to think that they can do anything in the name of religion, if they have a little money and a few evil followers. But the time is not far when this money, these pontiffs and their followers, will prove to be the death of this monastery.” [-Fall of Kalyana–p.29]

Basava, notices the financial business growing rampantly in the monastery. He obliquely refers to the role of financial interests that sustain human relationships, an essentially Marxist view. Social concerns of Basava come to the fore when he responds to the statement of Isanyaguru,

“The dynamic chairs have been occupied by static pontiffs”, by stating that ‘the relatives of the pontiffs enjoy butter and their feline devotees taste milk, whereas the poor ones have to be content with only buttermilk.’

“Universal experience is nothing but socialization of spiritual experience. Every individual should partake of the universal experience…it is, therefore, not possible for people until and unless they destroy the old order of society and create the new.” [-Fall of Kalyana–p.33].

He categorically states that the society had been divided into two streams—the exploiters and the exploited.

King Bijjala is impressed with the forthrightness and honesty of Basava and appoints him the finance minister. He is highly impressed with the way work is carried out—‘doing the right work at the right time’. Basava is known for practicing what he preaches. He never discriminates between the jobs. He becomes a role model for all people. He virtually lays a firm foundation for modern management policies.

The king is pleased with the way the state treasury is augmented. He appreciates Basava’s policy, ‘my honesty is my capital’. Basava believes that remaining clean in the midst of money will be a sort of self-examination for him. For him it is an experiment in spiritual purification.

His clarity of thought and rational approach are amazing. He declares: “The caste difference between the privileged and the under-privileged is born out of religion. Whereas the difference between the poor and the rich is born out of labour”. [Fall of Kalyana–p.40] . He informs the citizens that labor is the only means to overcome their poverty. He further enlightens them: “Yes, it is the moral responsibility of the kingdom to provide the basic necessities in their life as they are its primary citizens. It is, therefore, arranged to supply a house to live in, a little cloth to cover themselves and a few other things from the treasury.

It is understood that Kayaka means not only physical labor, but mental labor as well. It means not only for oneself, but also for the society. The principle of Kayaka emerging from the division of labor is combined with that of dasoha, also thereby bringing more happiness and contentment in the society. Now, one can understand why vacana literature angers people with vested interest — it propounds social justice also, in addition to conveying a humanitarian message.

Basava disapproves the practice of velavali, sacrificing his life when his master dies. His outlook is remarkably rational and absolutely progressive. “Truly speaking, it is the citizen who is greater than the king. It is the citizen who is the basic member and wealth of the kingdom. That is the reason why it is the king who should become the velavali of the citizen instead of vice-versa.” [Fall of Kalyana—p.55]. He further declares that the king need not sacrifice his life for the citizens’ sake, but he must love them as if they are his life-breath and he must maintain velavali relationship with his subjects.

Basaveswara denounces the practice of untouchability. The earth and water are to be equally available to all. None is low or high by birth. The low is he who created the divisions. Basava wonders ‘how is a mental worker superior to physical worker’? As he rightly believes, “Our ancient religions advocated individual welfare by neglecting social welfare. That is the reason why we grew strong individually and weak socially. Social welfare should be our target now , in order to rectify the wrong.” [Fall of Kalyana-p.58].

One has to agree with Basaveswara when he emphatically proclaims, “The food prepared out of earnings from hard labour is indeed great food.” He has the courage to inform the King Bijjala, “These are the hard working laborers , therefore, these are my people. They are the masters not merely of their kingdom, but of the whole world.” [Fall of Kalyana-p.52]. This sparks the rift between him and the ruler. Untouchable men and women and people in the lower strata of society rally round Basava. The king is sustained by priests and pontiffs.

Basava’s steadfastness is impressive and inspiring. He is prepared to give up even his life but he cannot leave economic equality, social equality and religious equality and the citizens practicing these ideals. He establishes dharma in place of karma and formulates the body-temple culture in place of stone-temple culture. Palace-culture gives way to spiritual-home culture and social-spiritual culture replaces monastery-culture. His followers, saranas, imbibe the principle — ‘compassion is the foundation of religion’. The play ends with a confrontation between King Bijjala and Basava, which turns violent. The king is killed by his bodyguards. Chaos reigns supreme.

Basavaraj Naikar succeeds in presenting the towering personality of Basavewara through this play. A versatile scholar, an eminent creative writer and an accomplished translator, Naikar appends the play with splendid notes, which are intended to enlighten non-Kannadigas and non-Saivites.

Naikar, the eternal seeker and creative writer par excellence, has brought out two volumes titled Sarvajna, the Omniscient Poet of Karnataka and Musings of Sarvajna, which enable the non-Kannada audience to grasp the essential truth and wisdom radiated by the Saiva cult in Karnataka. It will benefit any seeker to consult the above mentioned texts to appreciate the yeoman service rendered by Basavaraj Naikar in lending elegance to Indian Literature in English with an exquisite contribution like Fall of Kalyana.

Untold Stories of the Ramayana: The Great Festival

Untold Stories of the Ramayana: Return to Ayodhya