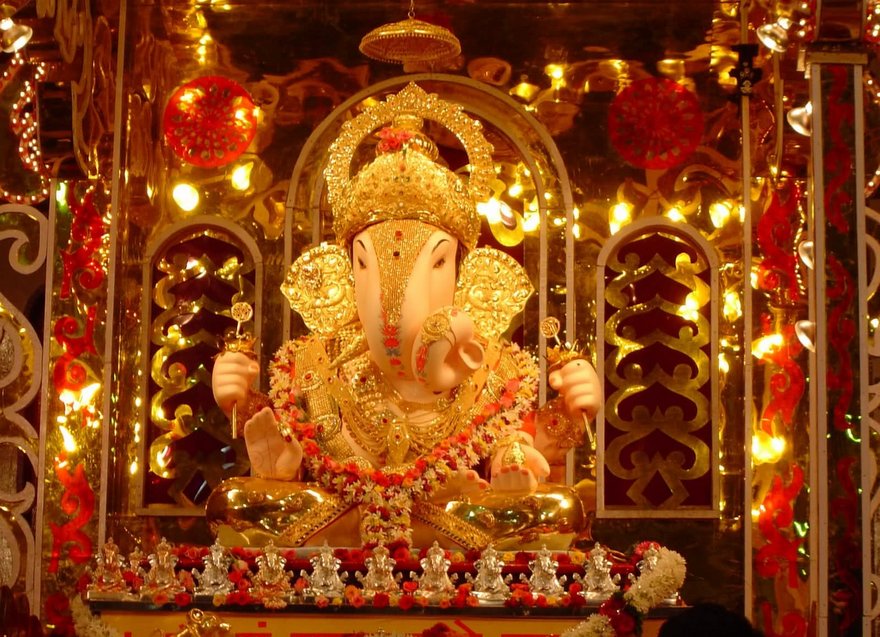 Om gam ganapataye namah! Ganesh Chaturthi or Vinayak Chaturthi is celebrated as the birthday of Lord Ganesh one of the most awaited festival among the Hindu community.

It is the day of celebration, joy, prosperity, love and wealth. Lord Ganesh is worshiped in many forms and names like Gajanana meaning Elephant-faced lord, Avaneesh-lord of the whole world, Lambodhar-the big belly lord, Vinayaka-lord of everything and the list goes on. Every Hindu worships him in a unique way.

Ganesh Chaturthi is a 10-day festival with each day made special beginning at the day of Bhadrapada Shudha Chaturthi till the day of Anantha Chaturdashi. As the festival nears the first purchase which everyone make purchasing the Ganesh idol of their choice. From small to giant Ganesh idols are made with utmost care and devotion and sold every year.

Though the festival is for a span of ten days but the actual celebration begins from the day the Ganesh idols are made. Small idols are sculptd for homes and huge idols are kept in pandals on the streets. Usually collecting small funds from the residents for a beautiful idol to be placed in the street.

Ganesh utsav is a ten days long celebration. People gear up for the festivity way ahead by cleaning their houses, decorating the interiors and preparing sweets. Friends and families are invited for the auspicious day for prayers and feasts. Purchasing Ganesha idol is the first and foremost things to be done.

The money spent for purchases and celebrations are considered as holy expenses. It is necessary to buy fruits, flowers, Incense Sticks as part of festivity. 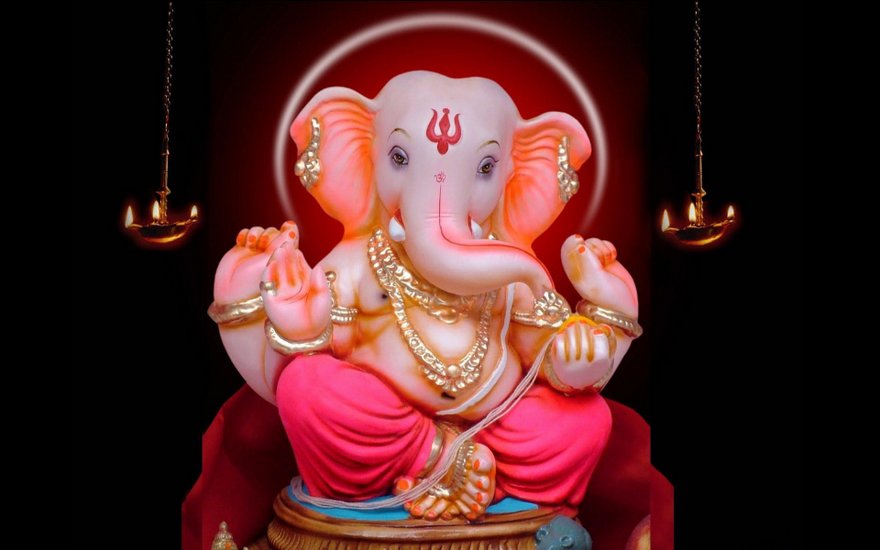 Ganesha idol will be big demand as the days near the function. The idol should be ordered ten days ahead. Idols makers should ideally make Ganesha by handwork rather than a mould. As per the ancient scriptures, Ganesha was made out of grime.

Following those lines, idol should be made by handwork using clay or mud. The size of idol should be reasonable for ritual activities and should not be very huge. The idol must be made in a sitting position than standing for as mentioned in ancients texts.

Ganesh idol can be made in customized form. Devotees will be happy to place an idol of their lovable variant and pray in front of it with an auspicious heart. The idol makers reserve idols in advance and are collected on a pre-decided day.

Ganesha idols are made out of clay or mud. This is the best method to make the idol as the clay or mud will get dissolved as the idol is immersed in a water body at the end of ten-day grand celebrations. In recent past, patrons are making idols out of plaster of Paris, however administrative authorities do not allow this.

Plaster of Paris will not get dissolved and the idol remains floating in the water after immersion. Authorities have to dispose them manually which is an embarrassment to the devotees and can be considered as disrespect to the most celebrated God in India. The devotees are requested to make idol out of clay for environmental reasons too. 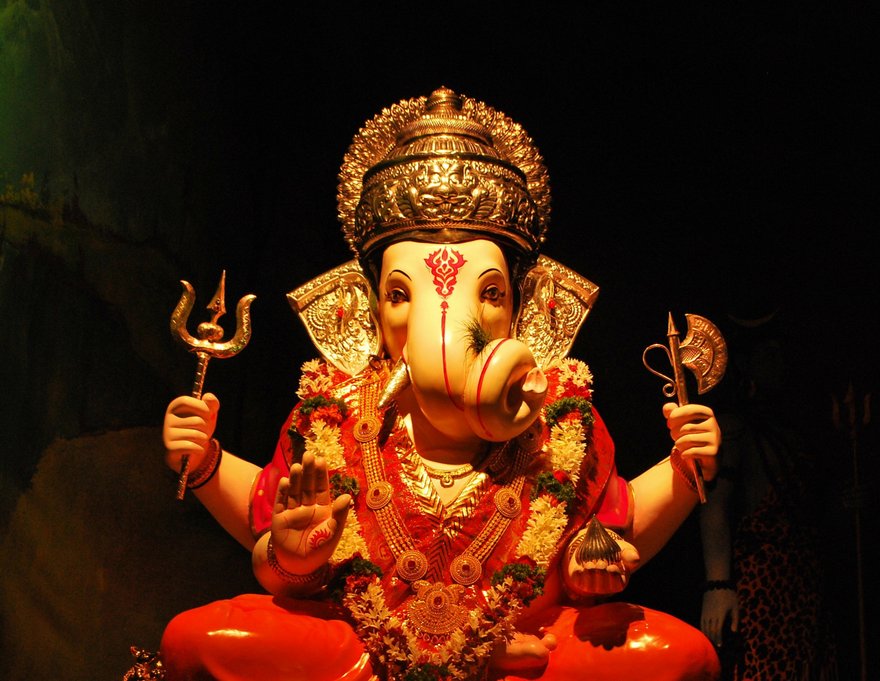 Lord Ganesha Invoked Before the Start Of Every Business

Lord Ganesha is considered one of the most beloved gods in Indian culture and religion. Considered the son of Goddess Parvati and Lord Shiva, Ganesha, the elephant-headed god is worshipped by one and all. Ganesha is widely revered as one who removes all obstacles and hindrances and is honored at the start of all rituals and ceremonies.

He is honored at the beginning of sacraments and rites and summoned as Patron of Letters during writing sessions. There are many texts that relate to mythological anecdotes that are related to his birth and exploits and explain his distinct iconography. In Hindu religion, Lord Ganesha’s siddhi mantras a considered extremely powerful which can be used in prayers to attain success, knowledge and fulfillment of wishes and desires. His mantras are said to be repeated in multiples of 108 and chanted using a rudraksha with utmost devotion concentrating on the meaning of the mantra and visualizing Lord Ganesha.

It is commonly believed that Lord Ganesha brings lot of luck and hence he is always worshipped and remembered when one begins a new business or venture. It is said that if one always keeps his rudraksha with him, he is spared of all ills and evils. His beads are associated with wisdom, learning, prudence and power. 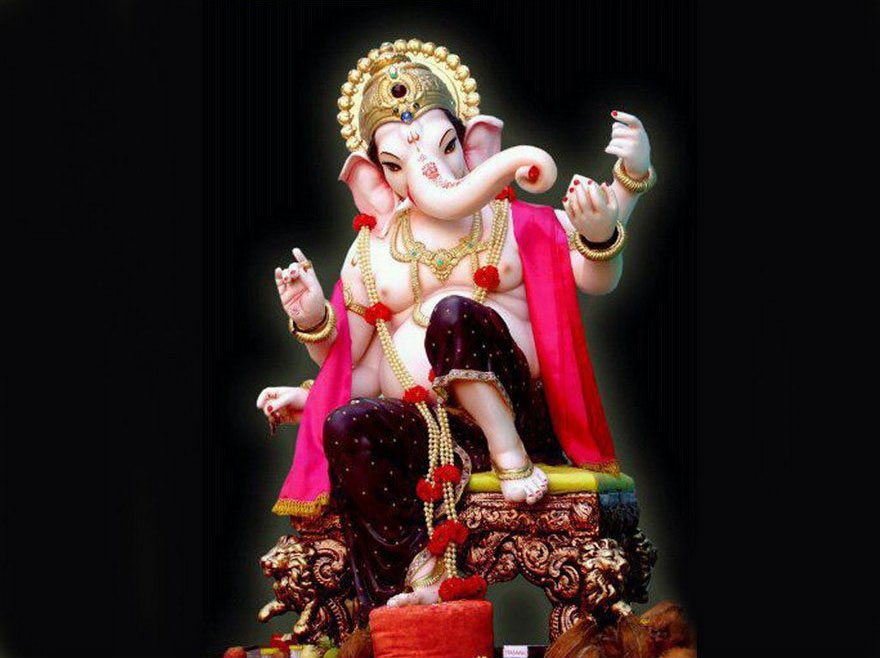 The beads enhance luck and gives perfection in every sphere of life. Those facing obstacles and hindrances in life are often advised to wear the beads as a mark of good luck. At many places, devotees pay respects to Lord Ganesha where he is honored with sweets and fruits when business are doing good. As lord of business and diplomacy, he sits on a high pedestal where people offer him flowers and incense.

He is also a well-known figure in Indian art. Lord Ganesha is represented in wide variations and patterns over time. He is portrayed as dancing, singing, elevated on a seat, lying down, playing music, and engaged in many situations.

At many places, Maha Ganpati Homa is recommended to remove obstacles and bring luck in life. It is usually performed during auspicious beginnings like commencing a business, improving family bondage, overcome a disease, achieving planned objectives, performing success in work, education, marriage, health, wealth and attaining prosperity in various aspects of life. Lord Ganesha is considered the lord of obstacles both of material and spiritual order. Many historians believe that its his task in the divine scheme of things, to place and remove obstacles. It is his particular territory and the reason for his creation.

Hinduism has had an impact on millions of people and religions across the world. Many countries in South Asia are a result of commercial and cultural contacts have adopted Hindu religious activities with open arms. Hence, spread of Hindu religion has been rapid and especially Lord Ganesha is the most loved and worshipped deity there.