Narayana, The Ancient and Sacred Name of God

Narayana, this ancient name of Indian religion has had a profound impact on world’s theology. The concept and significance behind this name has not been fully recognized in theological studies. Narayana Sukta, one of the most important hymns of Vedic religion, eulogizes God as Narayana, the imperishable self-existent creator of all. As time passed, the word gathered a large amount of theology behind itself. Sample a few of them below:

Nara means Man, Ayana means abode – Narayana, the God, is the universe itself, in which we all dwell. So Narayana means dwelling place of humanity.

Nara means Man, Ayana means resting – so Narayana means the final resting place of humanity. At the end of creation, all the living entites go back to him, rest in him, and become one with him. So Narayana means dissolver.

Nara means waters, Ayana meaning resting – so Narayana is someone who rests on waters. This is the reason why God Narayana is frequently depicted in Indian literature and art as resting on waters.

Nara means waters, Ayana means to go – so Narayana means someone who has come out of waters – this further gives the meaning that Narayana means Son of Waters. So God Narayana is often portrayed in Indian literature as a small baby floating on Cosmic Waters or Ether that pervades this entire universe.

Nara means Waters, A-yana means never ending – As per hindu theology, at the beginning of creation, this whole world was engulfed with Cosmic waters or ether that pervaded this universe. So Narayana means Pervader like Waters, one who pervades this universe.

To top it all, as per English-Sanskrit Dictionaries, the meaning of the word Narayana is Son of Man! Though the dictioanries and the Indian scriptures are silent on why God is called Son of Man, or on why Narayana came to mean Son of Man, the Sanskrit dictionaries give that as the most probable interpretation. As per my understanding, the reason why Narayana means Son of Man is because, Nara means Man, and Ayana means mirror – So Narayana means mirror image of man. Since an offspring is nothing but a mirror image of its parent, Narayana came to mean Son of Man! Another way to look at it is that Nara means Man, Ayana means to go, so Narayana is someone who came out of Man; it means someone who took birth from Man; so Narayana means Son of Man! I have only explained the etymological part of it; the theological part of why Narayana is considered as Son of Man needs further exposition. Purusha Sukta, another most important Vedic hymn, visualizes God as a Cosmic Man, from whose body this universe emanated. Since a certain primeval Man has been visualized as God in this theology, Son of Man also means Son of God! So Narayana means Son of Man as well as Son of God! This is exactly the same way in which Jesus is addressed in New Testament – Jesus is addressed as both Son of Man as well as Son of God. The phrase Son of Man causes lot of confusion across the religions of Christianity, Hinduism, and Judaism. Even Buddha used this phrase to describe himself! A further unraveling of the reasons on why Indian religion calls its God as Son of Man or Son of God can probably reduce a lot of this confusion! My studies even point to a possibility that this ancient and sacred name has even led to the birth of the sacred symbols OM and Swastika, which is the subject of a separate topic in itself. 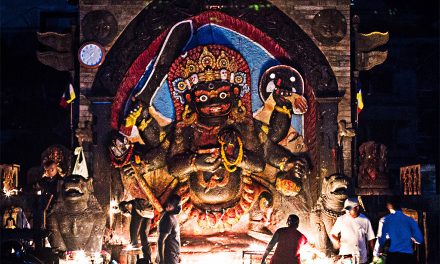