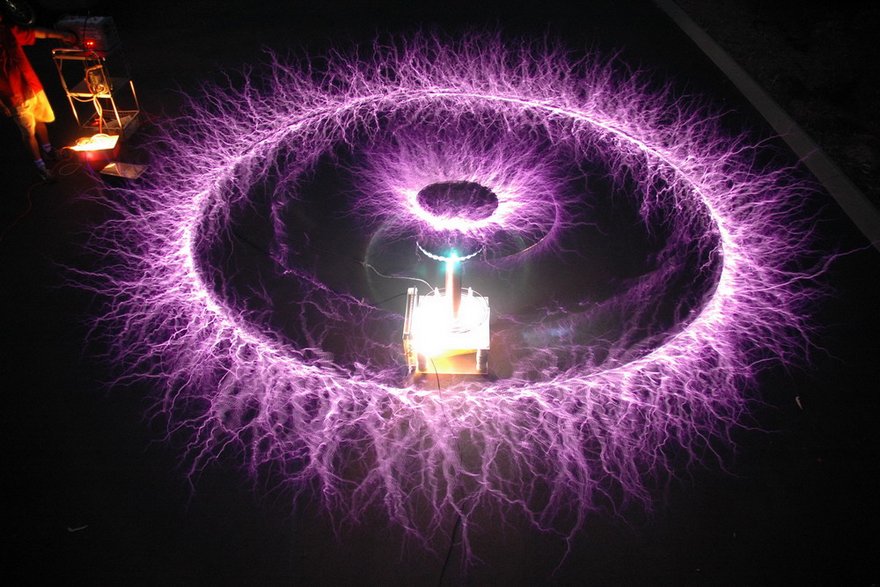 Science works best when in harmony with nature. If we put these two together, we can discover great technologies that can only come about when the consciousness of the planet is ready to embrace them. One example is “free energy,” also known as “zero-point energy,” which utilizes the substance that exists all around us and converts it into usable energy. This would give us a limitless source of energy, and would practically wipe out all poverty on the planet.

The properties of space have been postulated by many, from ancient Vedic philosophy, Eastern Mystics, various ancient civilizations throughout human history all the way to Descartes, Einstein, Newton and more. Humans are curious beings, and our quest to discover “what is” will never end.

“And they allowed Apollonius to ask questions; and he asked them of what they thought the cosmos was composed; but they replied; “Of elements.” “Are there then four?” he asked. “Not four,”said Larchas, “but five.” “And how can there be a fifth,” said Apollonius, “alongside of water and air and earth and fire?” “There is the ether,” replied the other, “which we must regard as the stuff of which gods are made; for just as all mortal creatures inhale the wire, so do immortal and divine natures inhale the ether.” “Am I,” said Appollonius, “to regard the universe as a living creature?” “Yes,” said the other. – The Life of Apollonius of Tyana, Philostratus, 220AD (source)

Science now knows that a material universe as the foundation of what we perceive to be our physical material world isn’t quite the case. Today, physicists recognize that physical atoms are actually made up of vortices of energy that are constantly spinning and vibrating. At its smallest observable level, matter is energy, and this energy that exists all around us can be tapped into and possibly used to generate power.

Quantum physics has left many scientists baffled, again, the discovery that our physical material reality isn’t really physical at all can be quite confusing. Scientists began to explore the relationship between energy and the structure of matter at the turn of the 19th century, this is approximately the time when the idea of a Newtonian material universe was dropped from the heart of scientific knowing, and replaced by the fact that matter is nothing but an illusion, that everything in the universe is made out of energy.

“If quantum mechanics hasn’t profoundly shocked you, you haven’t understood it yet. Everything we call real is made of things that cannot be regarded as real.” – Niels Bohr, a Danish Physicist. 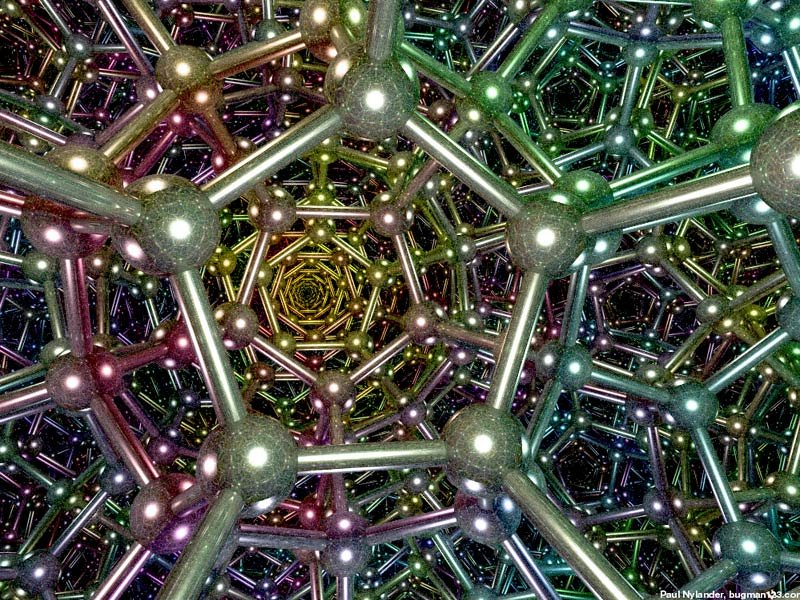 Again, if you observed the composition of an atom with a microscope, you would see a small, invisible tornado like vortex, with a number of infinitely small energy vortices called quarks and photons. These are what make up the structure of the atom.

“Despite the unrivalled empirical success of quantum theory, the very suggestion that it may be literally true as a description of nature is still greeted with cynicism, incomprehension and even anger.” (T. Folger, “Quantum Shmantum”; Discover 22:37-43, 2001)

“Get over it, and accept the inarguable conclusion. The universe is immaterial-mental and spiritual.” – R.C. Henry, Professor of physics and Astronomy at Johns Hopkins University. (source)

Tesla and Ancient Vedic Philosophy and the Properties of Space

We’ve seen a very interesting trend (especially within the past decade) of modern-day science catching up to an ancient understanding about the true nature of reality, its make-up, how it functions and how we can work with it to bring about change on our planet. For anybody to label the merging of ‘spirituality’ and science as pseudoscience means they have not properly investigated it. Spiritual concepts of our ancient world are directly intertwined with modern-day science, more so quantum physics, and Nikola Tesla was well aware of this.

“All perceptible matter comes from a primary substance, or tenuity beyond conception, filling all space, the akasha or luminiferous ether, which is acted upon by the life giving Prana or creative force, calling into existence, in never-ending cycles all things and phenomena.”– Nikola Tesla, Man’s Greatest . 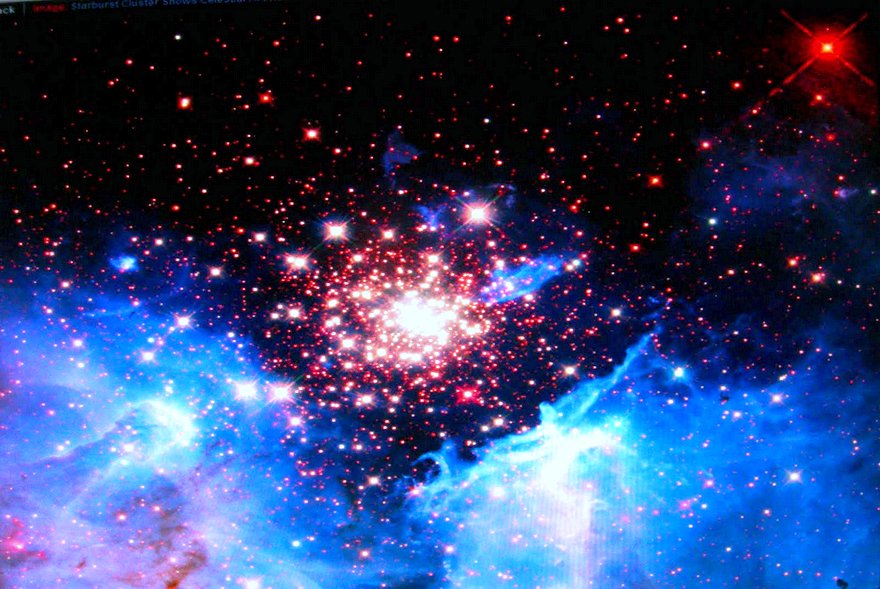 As you can see, Tesla was aware of ancient concepts and the correlation it had with the science he was working on -using sanskrit worlds like “akasha,” and “prana” to describe the force and matter that exists all around us. These words come from the Upanishads (a collection of Vedic texts)

“The aakaash is not destructible, it is the primordial absolute substratum that creates cosmic matter and hence the properties of aakaash are not found in the material properties that are in a sense relative. The aakaash is the eternally existent, superfluid reality, for which creation and destruction are inapplicable.” – (Idham thadhakshare parame vyoman. Parame vyoman) – Paramahamsa Tewari, Engineer, Physicist and Inventor. (source)

Nikola Tesla had correlations with Swami Vivekananda (1863-1902), who was one of the most famous and influential spiritual leaders of the philosophies of Vedanta (one of the six schools of Hindu philosophy, the term originally referred to the upanishads, a collection of philosophical texts in Hinduism) and Yoga. He was the chief disciple of Ramakrishna Paramahamsa and the founder of Ramakrishna Math and Ramakrishna Mission. He is a giant figure in the history of the hindu reform movements.

Vivekananda Wrote a Letter to Tesla in the Late 1800’s Stating:

“Mr. Tesla thinks he can demonstrate mathematically that force and matter are reducible to potential energy. I am to go and see him next week to get this new mathematical demonstration. In that case the Vedantic cosmology will be placed on the surest of foundations. I am working a good deal now upon the cosmology and eschatology of the Vedanta. I clearly see their perfect union with modern science, and the elucidation of the one will be followed by that of the other.” – Swami Vivekananda (Complete Works, VOL. V, Fifth Edition, 1347, p. 77). (1)

Tesla began using the Sanskrit words after meeting with Swami, and after studying the Eastern view of the true nature of reality, about the mechanisms that drive the material world. Eventually, it led him to the basis for the wireless transmission of electrical power, what is known as the Tesla Coil Transformer. During this year he made the following comments during a speech before the American Institute of Electrical Engineers. (Given before he familiarized himself with the the Vedic sincere of the easter nations of India, Tibet, and Nepal.)

“Ere many generations pass, our machinery will be driven by a power obtainable at any point in the universe. This idea is not novel…We find it in the delightful myth of Antheus, who derives power from the earth; we find it among subtle speculations of one of your splendid mathematicians….Throughout space there is energy. Is this energy static, or kinetic? If static our hopes are in vain; if kinetic – and this we know it is, for certain – then it is a mere question of time when men will succeed in attaching their machinery to the very wheel work of nature.” – Nikola Tesla(source) 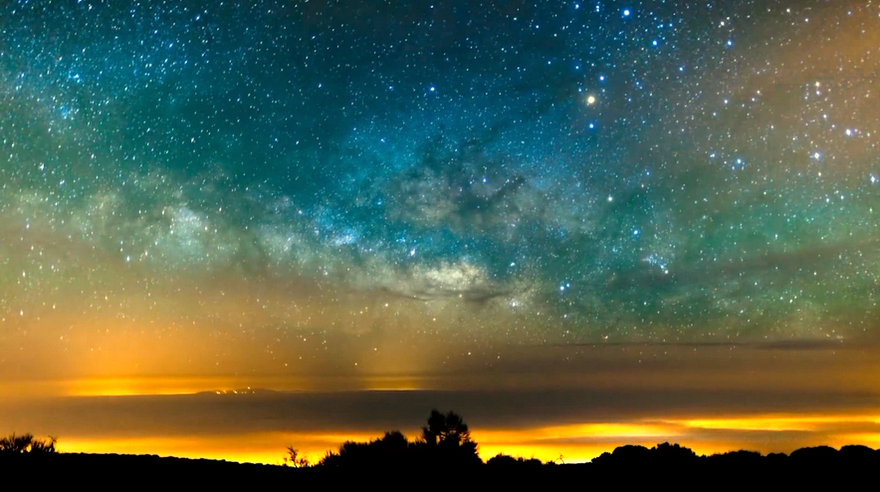 The Vedas are a group of writings that consist of hymns, prayers, myths, historical accounting, science and the nature of reality. They date back at least 5000 years, and are not so different from other ancient texts that dive into the same matters from all across the globe. The language used is Sanskrit and its origins are unknown.

“Swami Vivekananda was hopeful that Tesla would be able to show that what we call matter is simply potential energy because that would reconcile the teachings of the Vedas with modern science. The Swami realized that in that case, the Vedantic cosmology (would) be placed on the surest of foundations. Tesla understood the Sanskrit terminology and philosophy and found that it was a good means to describe the physical mechanisms of the universe as seen through his eyes. It would behoove those who would attempt to understand the science behind the inventions of Nikola Tesla to study Sanskrit and Vedic philosophy.” – Toby Grotz, President, Wireless Engineering (source)

Apparently, Tesla was unable to show the identity of energy and matter, this did not come until Albert Einstein published his paper on relativity, which was known in the East for the last 5000 years.

“All the powers in the universe are already ours. It is we who have put our hands before our eyes and cry that it is dark.” – Swami Vivekananda

Tesla’s vision of the wireless transmission of electricity and free energy has been postponed for almost one hundred years now. Which brings us to our next topic.

What We Know Today About Free Energy

“These concepts have been proven in hundreds of laboratories throughout the world and yet they have not really seen the light of day. If these technologies were to be set free worldwide, the change would be profound, it would be applicable everywhere. These technologies are absolutely the most important thing that have happened in the history of the world.” – Brian O’leary, Former NASA Astronaut and Princeton Physics Professor. (source)

Here is a video of world renowned Physicist Harold E. Puthoff. An American physicist who earned his Ph.D from Stanford University. I am best familiar with his work through the declassification of the remote viewing program conducted by the CIA and NSA in conjunction with Stanford University. (source 1)(source 2)(source 3). He is the director of the Institute for Advanced Studies at Austin, and has served various government agencies throughout his years.

“These are not just fringe scientists with science fiction ideas. They are mainstream ideas being published in mainstream physics journals and being taken seriously by mainstream military and NASA type funders. I’ve been taken out on aircraft carriers by the Navy and shown what it is we have to replace if we have new energy sources to provide new fuel methods.” – Dr. Harold E. Puthoff

“Back in about 1964 a researcher at the Hughes Laboratory by the name of Robert L. Forward showed that there was a particular effect, called the Casimir Effect, which demonstrated that this energy could be taped.” – Dr. Harold E. Puthoff

This is what Tesla was talking about when he said that man would “attach their machinery to the very wheel work of nature.”

It’s Time For A Change

Our current methods for extracting energy are destroying Earth. It’s destroying the environment, its people and creates conflict. We are rapidly approaching a time (if not already in that time) where we need to implement systems to eliminate the use of fossil fuels. I hope that this article, and the ones linked within it, show you that this is possible. If you are further interested in this subject, you can check out Michael Faraday, Bruce DePalma, Paramahamsa Tewari and more. 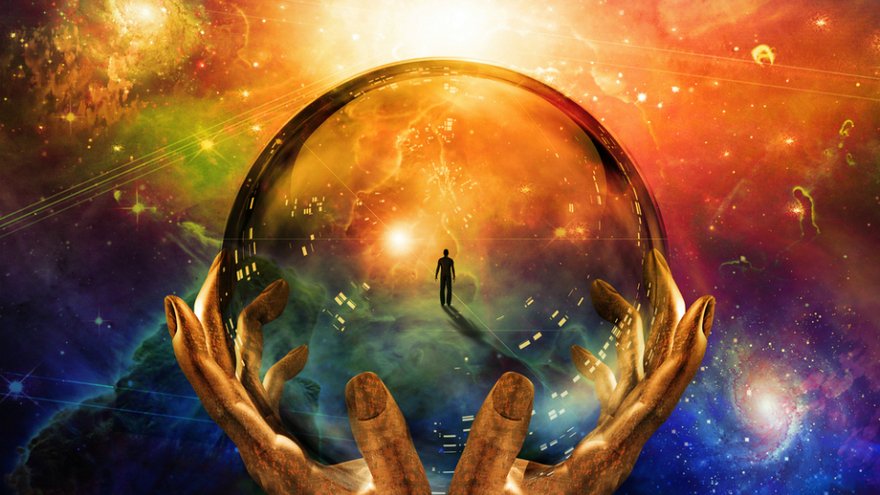 Energy source transitions do not happen over night. It took us 100 years to transfer from wood to coal, and another 100 years to move from coal to oil. But the next energy transition must happen quicker than previous ones, and it must include free energy.

“No pessimist ever discovered the secret of the stars or sailed an uncharted land, or opened a new doorway from the human spirit.” – Helen Keller

“The day science begins to study non-physical phenomena, it will make more progress in one decade than in all the previous centuries of its existence.” – Nikola Tesla

Speed of Light in the Rig Veda

Evolution and Reincarnation from the Vedantic Perspective