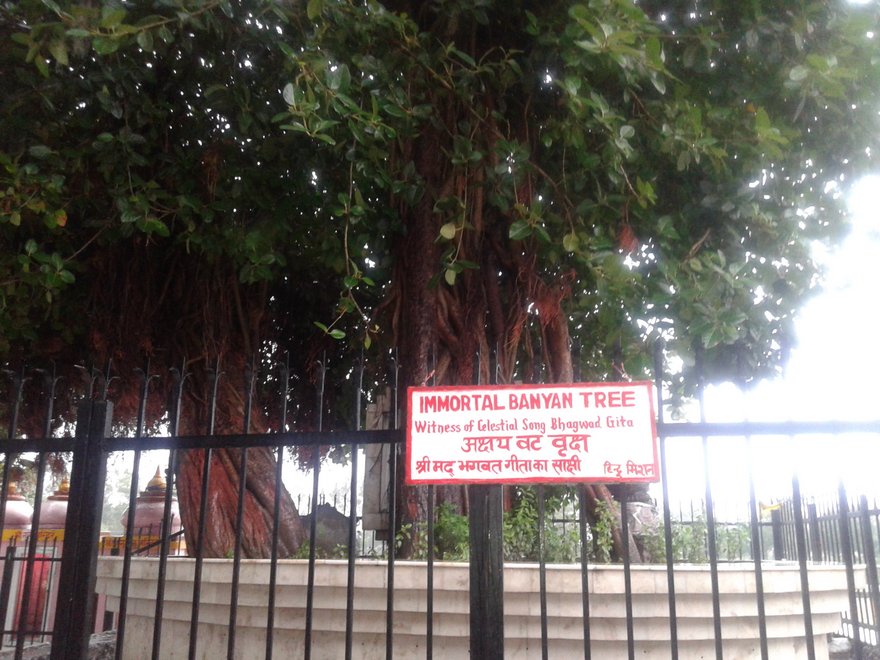 Kurukshetra is the holy place where the great Mahabharata war took place. It is believed one who leaves his mortal coils at Kurukshetra, attains salvation.

The area extends for over 96 kms. In this place Kuru, the founder of Kuru dynasty , performed penance . Pleased with his devotion Lord blessed him with his desire that whoever leaves his mortals coils here in this place shall get rid of the cycle of births and deaths and attain moksham . Lord Krishna selected this place for the grand finale the Mahabharata war.

Kurukshetra is now a major centre of learning with many colleges and world famous Kurukshetra University. The whole yuddha bhoomi is now flooded with educational institutions.

This is the exact spot where Lord Sri Krishna spoke Bhagavad-Gita. There is a Banyan tree in this place under which Lord Krishna explained Bhagavad-Gita 5000 years back to Arjuna to his greatest friend and devotee. There is a board placed on the tree in which is written as The immortal banyan tree witness of the celestial song Bhagavad-Gita.

This place is named as the Gitopadesh sthal – place where the Bhagavad-Gita was spoken. The tree is full of birds and squirrels which adds to the mystic aura of the holy place which is eternally peaceful despite amidst coming and going of pilgrims throughout the day.

The banyan tree under which Lord Krishna gave upadesam to Arjuna is still existing. We were told by the priest that since that day, the tree has neither grown norwithered. It is remaining as it is. He said that they don’t even allow the leaves to fall down and hence the entire tree is covered with net. 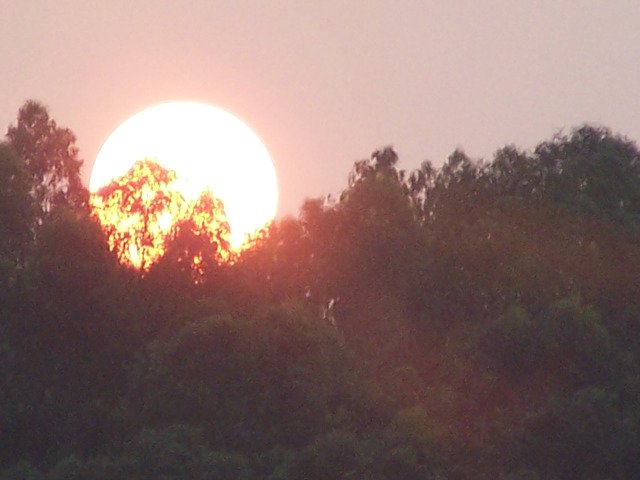 Surya Kund is one more historical place near Kurukshetra , not to be missed . A dip in Surya kund after an eclipse , especially solar eclipse is considered to be very sacred This place was prominent even before the grand war. In Treta yugam, Lord Sri Rama visited this places, Sravan who was dedicated son to his parents performed Pithru Kaaryam here. Hence, people perform Pithru Kaaryam at this place.

It was said that a dip in this tank after eclipses purified the soul. It was here that the great sage Parshurama had come to atone for killing the evil kings .

Lord Krishna along with His parents , Nanda Maharaja and Yasodha Devi used to visit this place to have holy dip in Suryakund after an eclipse. Lord Krishna visited this place before Mahabharata war. He brought his parents to this holy place to have sacred dip . During the solar eclipse , a massive congregation had gathered at the field of Kurukshetra to bathe in the holy kund . 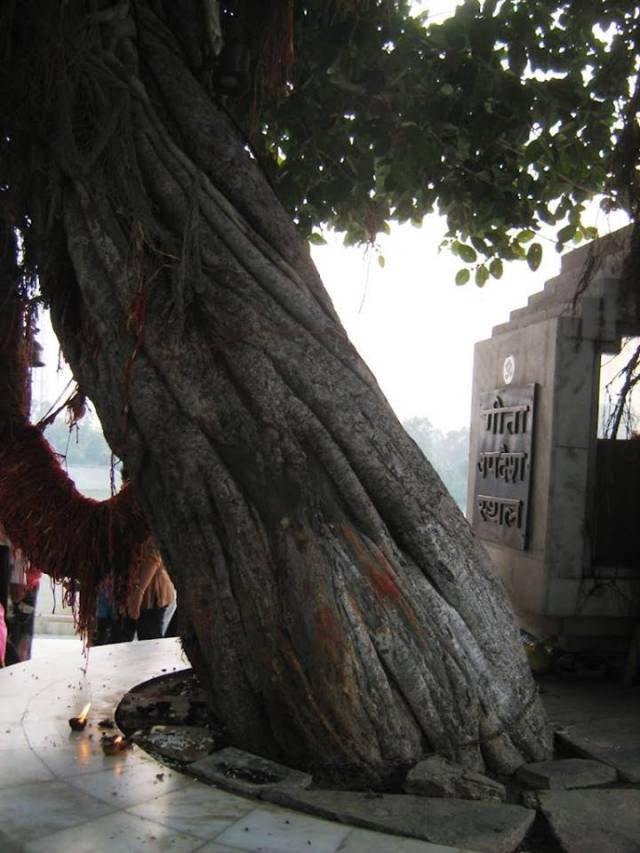 Lord Krishna was leading the Yadavas. Dhritarashtra of Hastinapur was there with his sons the Kauravas and nephews the Pandavas. So were many other kings. Little did they know that soon they would be engaged in a do or die battle on this very field some years later.

A priest described the happenings here which is reproduced .When Lord Krishna’s parents, Vasudev and Devaki learnt of this they wanted to meet Nand Maharaj and Yashoda. They had never met Krishna’s foster parents and wanted to thank them for taking care of their darling son during the formative years. The meeting was a very emotional one. 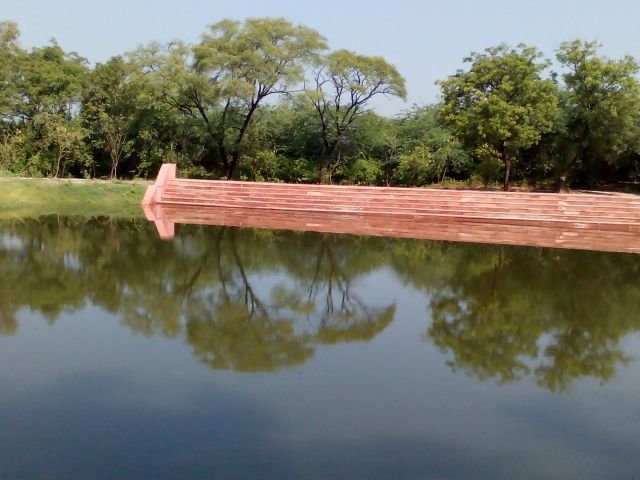 Lord Krishna came face to face with Radharani and no words were said. No hands stretched to meet each other, no smile played upon lips and no eyes sparkled with delight. Only a million thoughts flashed through each mind and a deluge of tears flowed from each pair of eyes. They stood staring at each other till all the thoughts were exhausted and the eyes were dry.

Though Krishna and Radha had been physically separated, they had been inseparable spiritually . Without saying anything they said everything and went their separate ways. They never saw each other again. The Priest was very emotional while describing the glory of the place and this pastime.

Ban Ganga is that place near Jyotishwar where Arjuna quenched Bhishma’s thirst –arrow pierced the ground and Ganges emerged.