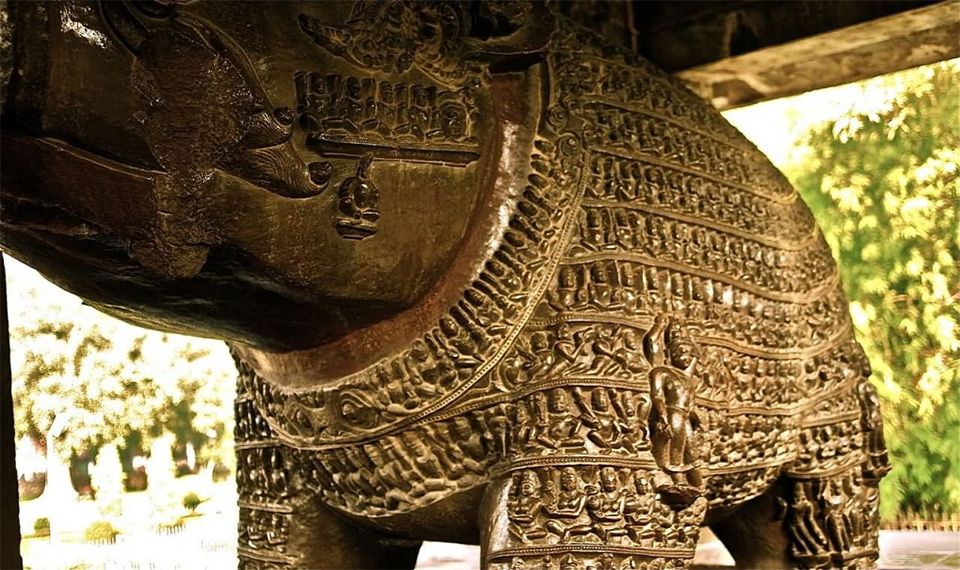 The Varaha Temple at Khajuraho enshrines a colossal monolithic image of Lord Varaha, the boar incarnation of Lord Vishnu. This temple depicts Varaha as a purely animal form.

Lord Vishnu appeared in the form of a Boar in order to defeat Hiranyaksha, a demon who had taken the Earth (Prithvi) and carried it to the bottom of what is described as the cosmic ocean in the story. The battle between Varaha and Hiranyaksha is believed to have lasted for a thousand years, which the former finally won. Varaha carried the Earth out of the ocean between his tusks and restored it to its place in the universe. Vishnu married Prithvi (Bhudevi) in this avatar. 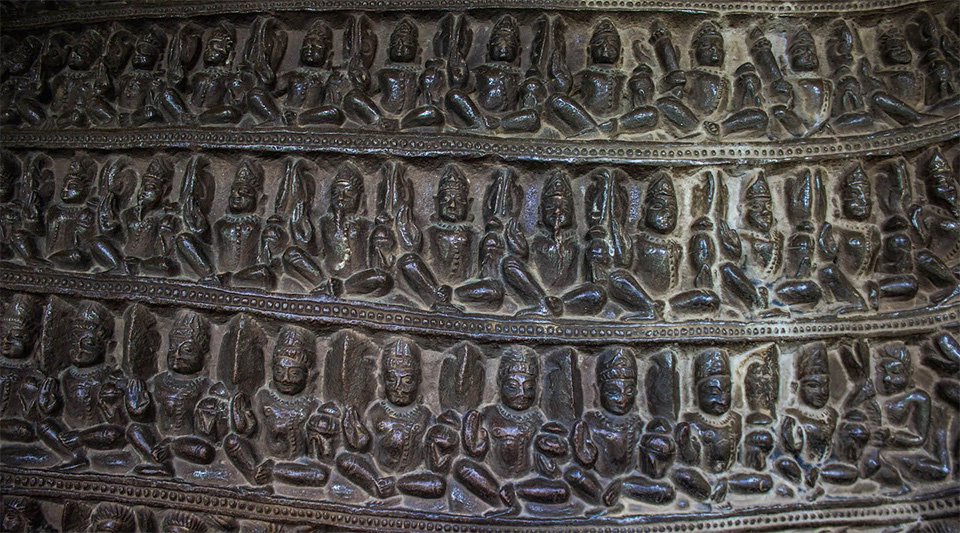 Within the shrine is a superb highly polished freestanding sandstone carving of the boar Varaha, the third of Vishnu’s ten avatars. This massive boar, over 2.5m in length, was carved out of a single piece of rock.

The Varaha Temple is in fact one of the oldest temples in the compound, believed to have been constructed around 900 – 925 A.D. Who instigated its construction remains unclear, some think it may have been the Chandella king Yashovarman, in order to celebrate his victory over his Pratihara overlord.

The shrine consists of an oblong pavilion with a pyramidal roof of receding tiers resting on fourteen plain pillars. The flat ceiling is carved with a lotus flower, often seen in the hand of the God Vishnu. 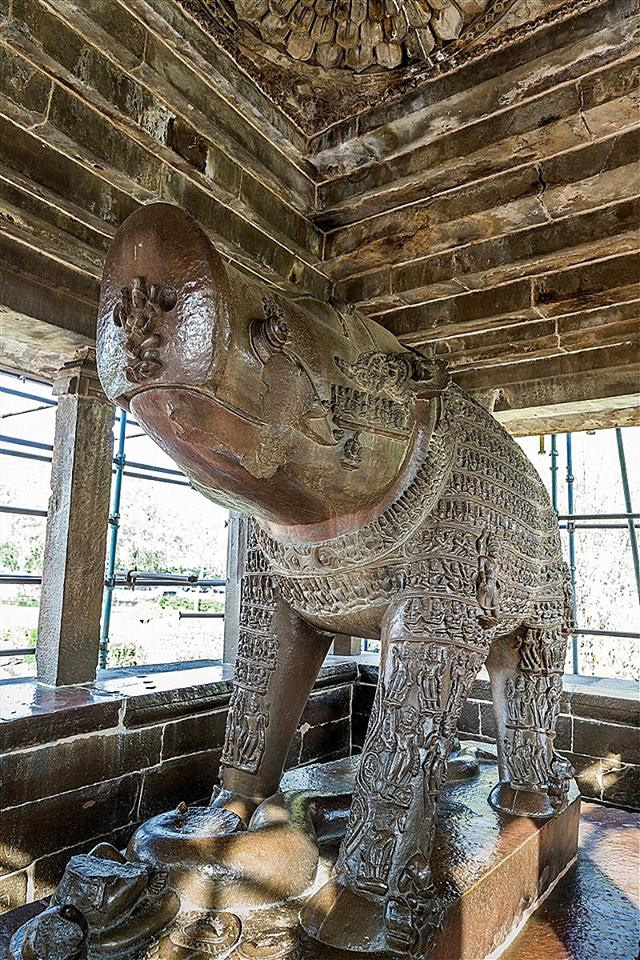 Varaha is depicted in art as either purely animal or as being anthropomorphic, having a boar’s head on a man’s body. A fantastic early example of the latter can be found at Udayagiri Caves.

On the surface of the boar are 675 miniature figures, carved in twelve neat rows. These figures represent many of the important Gods and Goddesses of the Hindu pantheon, in part because the boar itself embodies all beings.

The carving also at one point included the image of the Earth Goddess, but today all that remains are her feet on the pedestal below along with a penitent serpent. 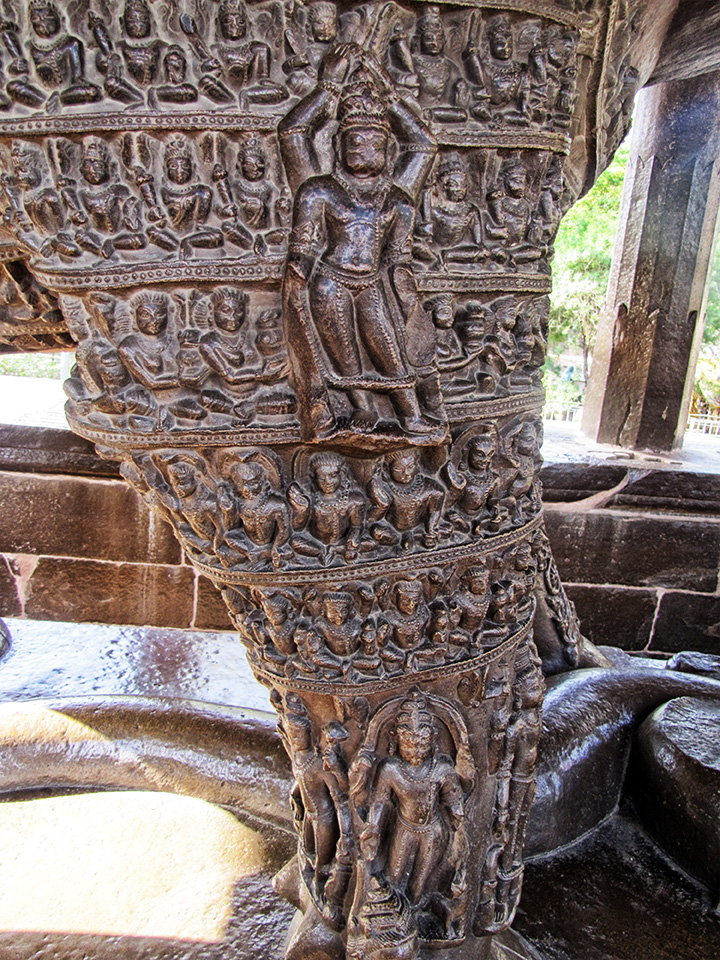 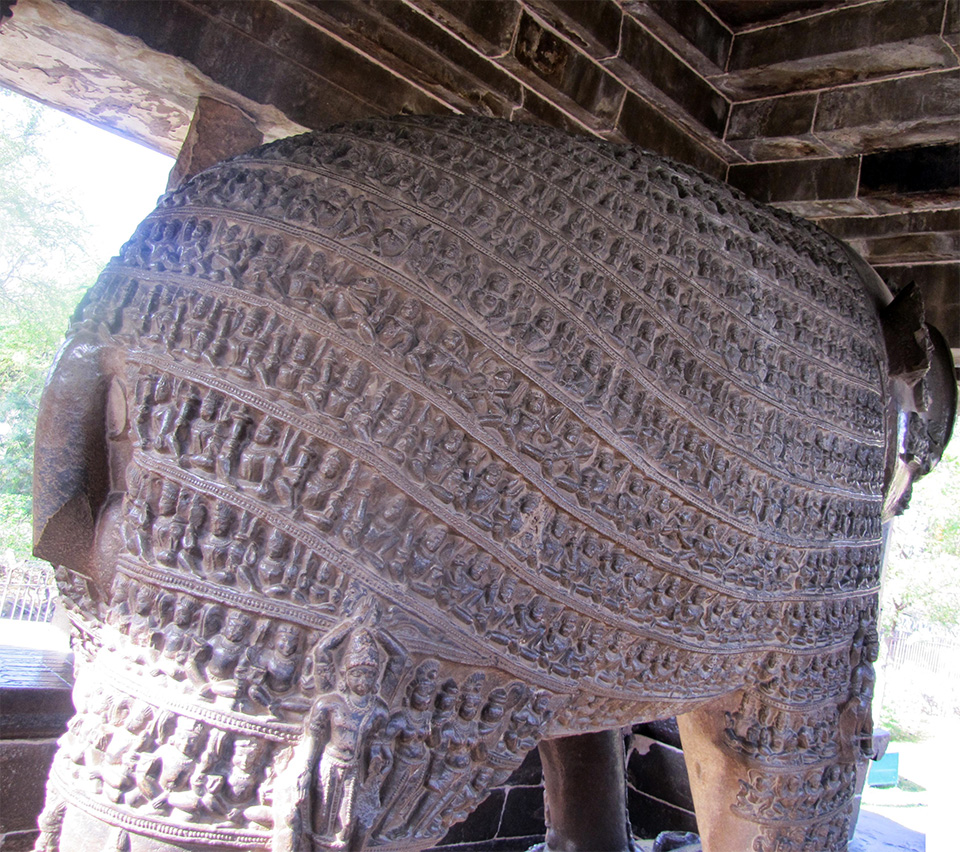 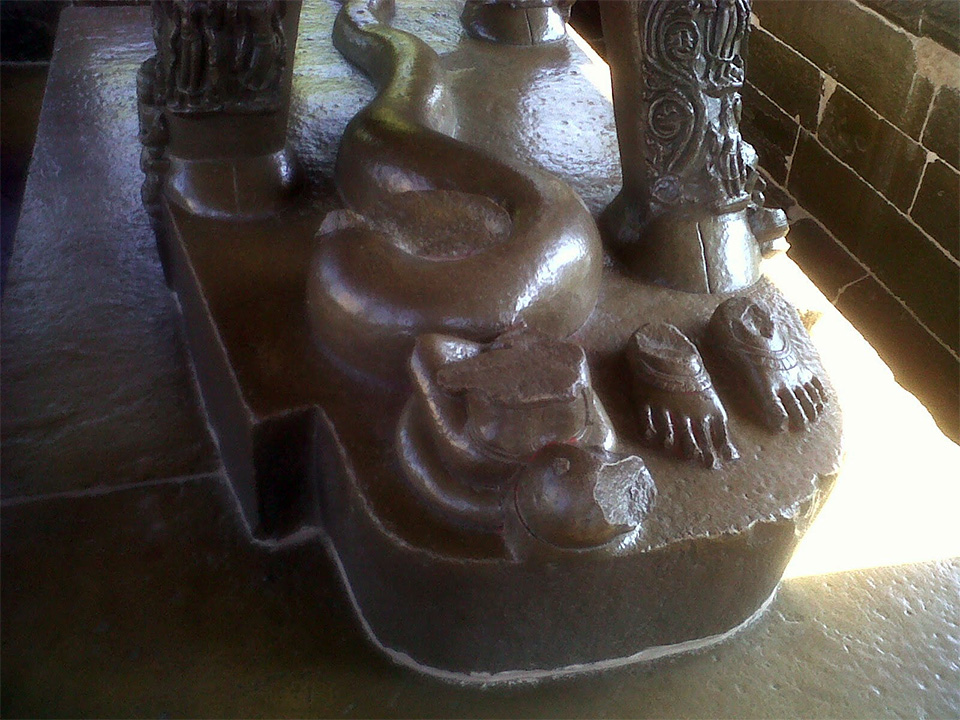 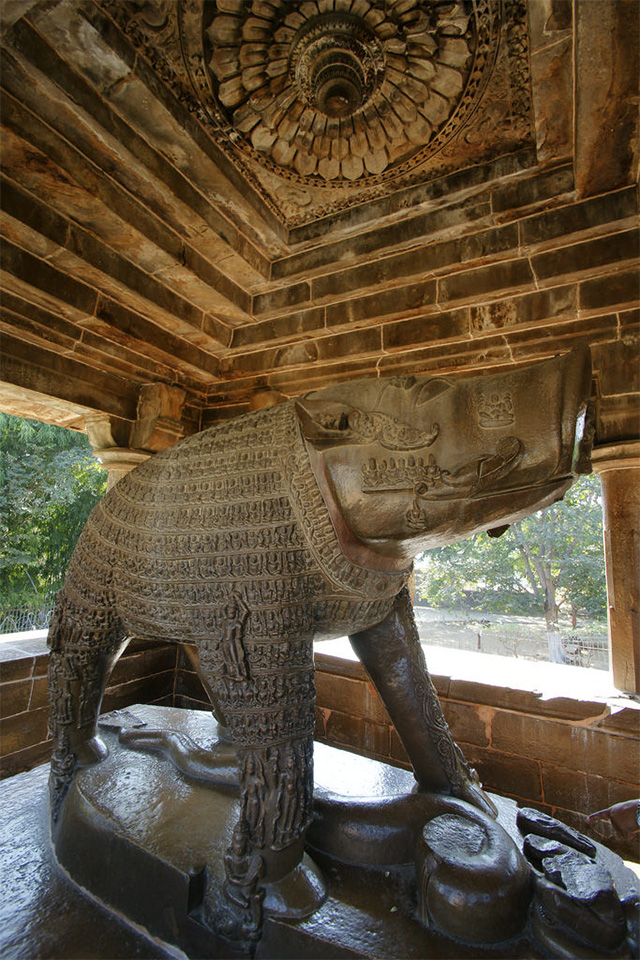 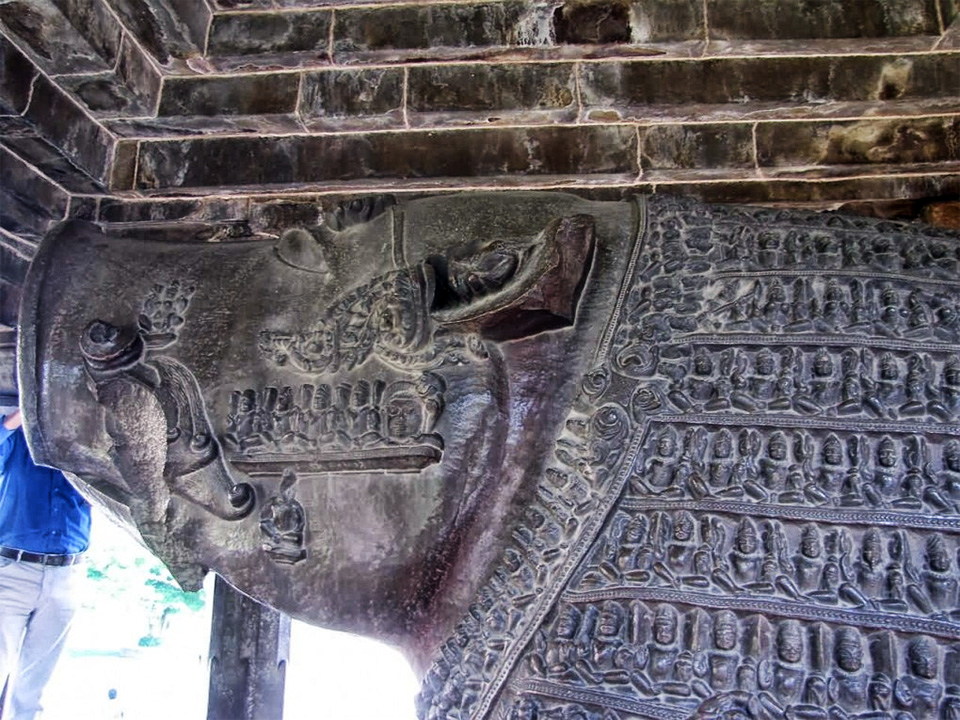 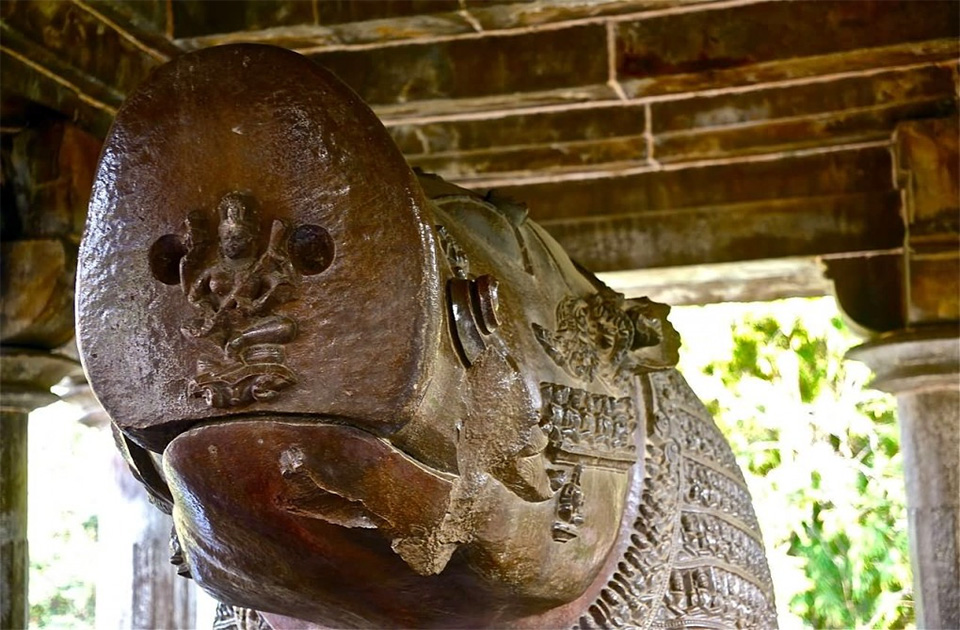 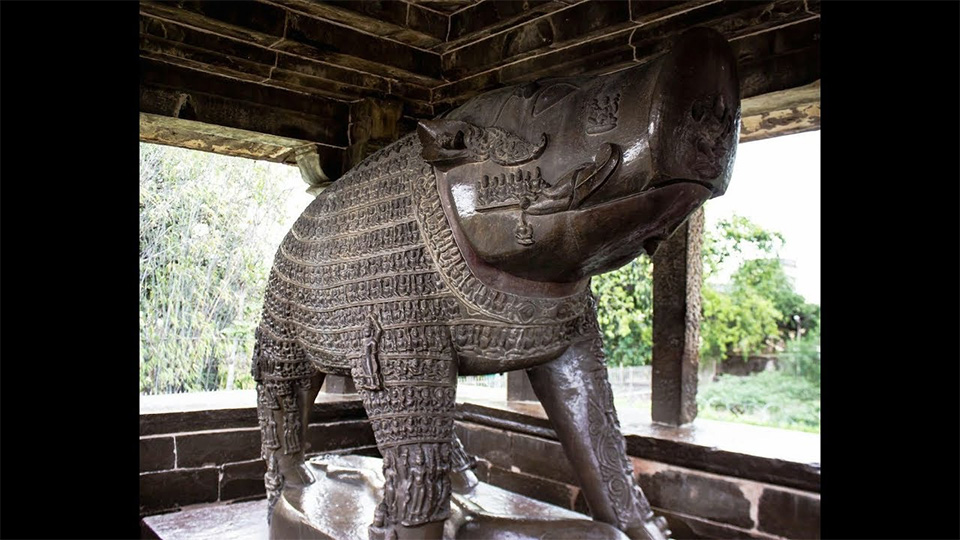 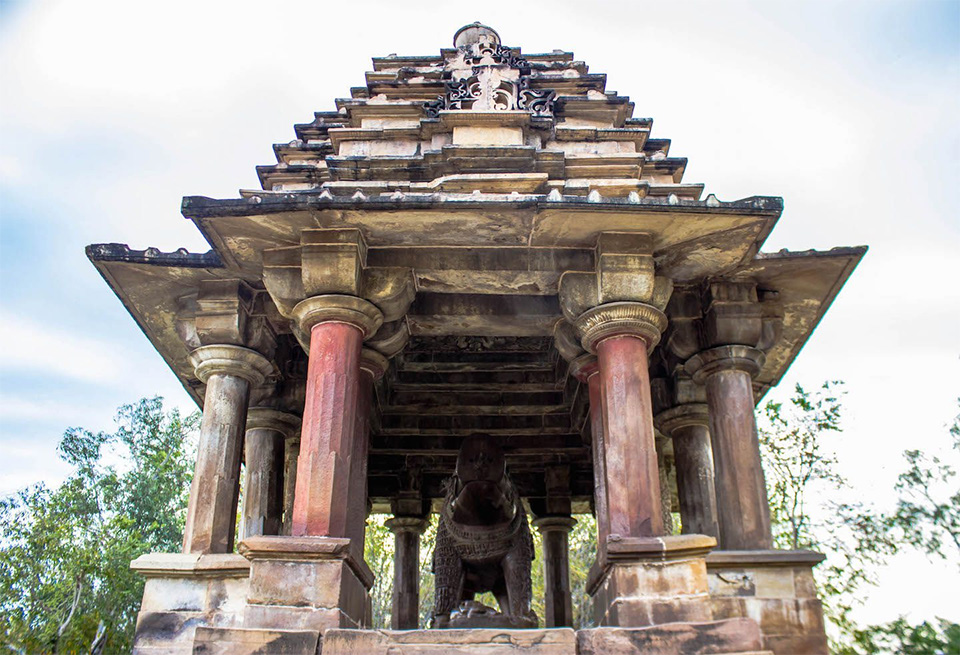 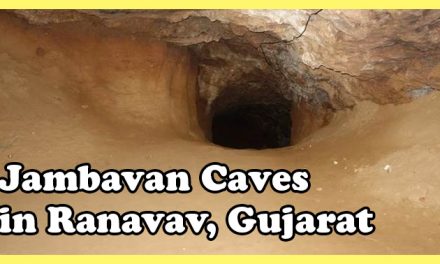 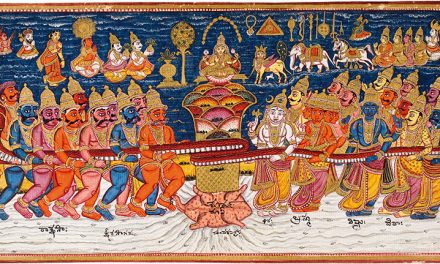