Goa, India is home to one of India’s most unique temples – the Devaki-Krsna temple in Marcel. Marcel, in Ponda Taluka, is located about 17 km. from the state capital of Panaji. Here is found India’s only temple where the presiding Deity is Sri Devaki-Krishna, which is Sri Krsna and His mother together in Deity form. Sri Sri Devaki-Krsna are joined in the temple by Bhumika Devi, Laxmi Ravalnath, Mallinath, Katyayani, Chodaneshwar and Dhada Shankar.

Like many of the regions transcendental personalities, the Devaki-Krsna Deities were subjected to displacement due to foreign invasion. Originally located at Chorao Island in Tiswadi, all the temple Deities were moved to Mayem in Bicholim to escape the wrath of the Portuguese rulers. Eventually They were established at the present location at Marcel.

The Devaki-Krsna Deity is the main feature of the garbha griha, or inner sanctum of the temple. Mother Devaki is depicted in a standing posture with child Krsna between her legs. Beautifully carved in black stone, the pose of the Deities is also very unique

Also known as Pisso Ravalnath, the Devaki-Krsna temple is also home to a life-sized murti of Sri Swamy Ravalnath, which was installed in 1974 by Sri Srinivasa Prabhu, the oracle of the temple. In a separate temple a life-sized stone Deity of Sri Devaki holding the baby Krishna has been installed, and it was consecrated by HH Srimad Sudheendra Thirtha Swamiji in 1981. The oracle is organised every full moon day. These Deities were carved by the famous sculptor, Renjal Gopal Krishna Shenoy.

The Devaki-Krsna Deity is offered regular worship by Atri, Kasyapa, Vatsa, Kaudinya, Vasista, and Bharadwaj gotras. Ramanabami and Gokulastami are celebrated here on grand scale. The palakhi is taken in Shukla and Trayodashi (except in Chaturmas).

During January-February period, Malni Purnima from Paush Vadya is celebrated as the most important festival of the temple. A large Navarathri festival is also celebrated annually, along with Shri Chandika yajna. 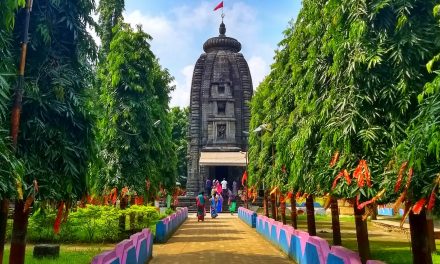