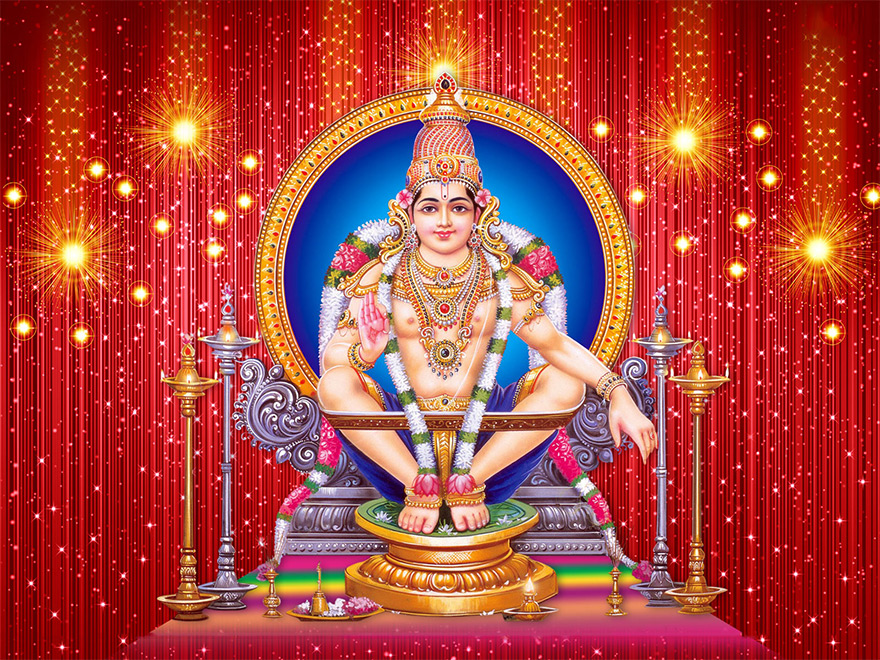 Lord Ayyapan is considered to be one of the greatest gods in the Southern Indian states of Tamil Nadu and Kerala and has devout followers across the world in countries like Malaysia, Indonesia, etc. He is also addressed as Lord Ayappa or Lord Manikandan. The deity is said to be the son of the Destroyer, Lord Shiva and the beautiful enchantress Mohini, who is the female avatar of Lord Vishnu, the Preserver. Hence, the great god is the holy union of two supreme gods of the Hindu triad, making him the ultimate progeny. He is thus also known as Hariharanputra. Hari means Lord Vishnu while Haran means Lord Shiva. The famous story of his birth is as fascinating as his incredible parentage. 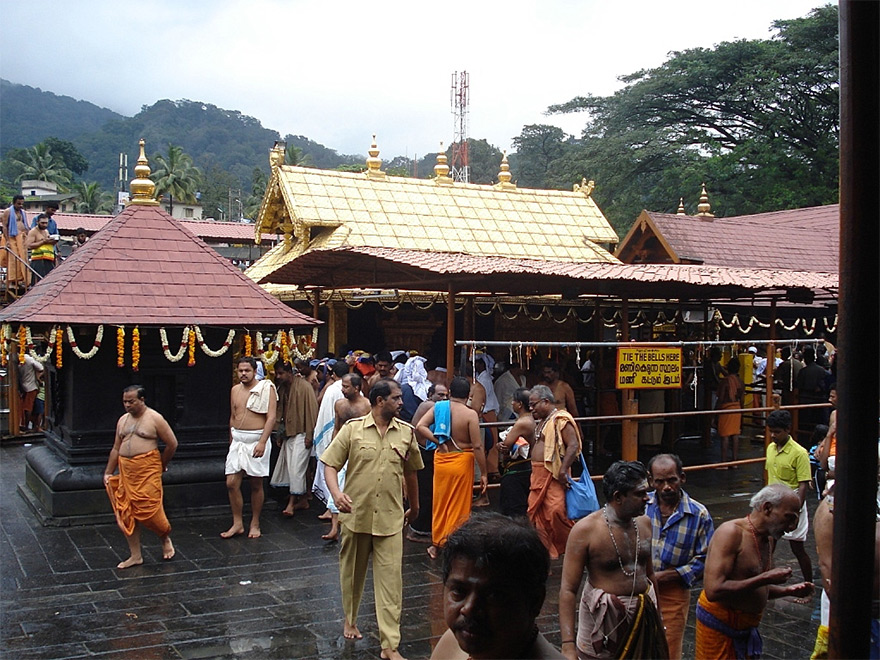 The Puranas state that after the slaying of the demon king Mahishasur in the epic battle with Goddess Durga, his sister Mahishi seeked revenge. She was a great devotee of Lord Brahma, the Creator. Armed with a boon from him of being invincible, she was all set for victory. The only obstacle in the blessing was that the child of Lord Vishnu and Lord Shiva could defeat her. This too seemed unlikely as it was not possible for both gods to have one child. But understanding the gravity of the situation Lord Vishnu took the form of the gorgeous Mohini and charmed Lord Shiva. Their holy consummation resulted in Lord Ayyappan, who was poised for much glory. 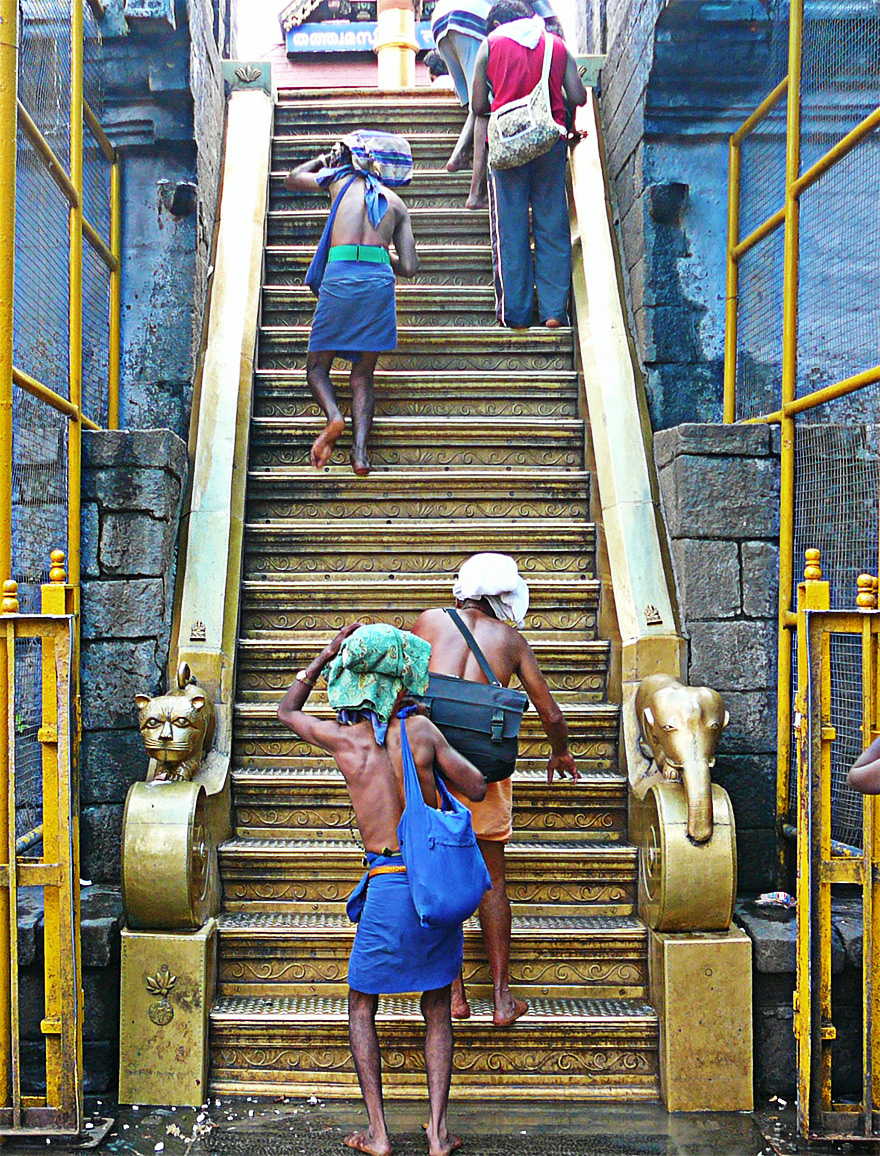 Lord Ayyappan’s other name Manikandan comes about as after his birth the parent draped his neck with a golden bell (mani) around his neck (kandan) and left him on the banks of the river Pampa. This is where the heirless King Rajashekhara of Pandalam, of the great Pandya dynasty found him during a hunting expedition. The king adopted the beautiful baby boy as his own foster son. It wasn’t by mere luck, that the king discovered the godly child. For years the childless king and his queen prayed to Lord Shiva for a son to inherit their throne. It was the Mahadev’s wish that the child was to be found by King Rajashekhara for his penance. 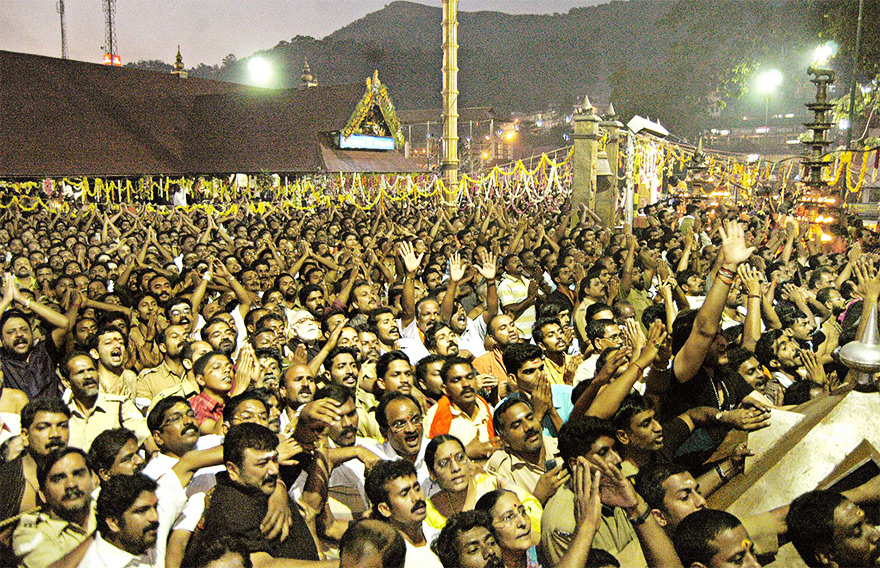 Ayyappa devotees having darshan of the sacred light (Maha Jyothi) on Makara Sankranti.

Soon after his biological son Raja Rajan was born and both the boys were raised together with princely education of scriptures in gurukool, training in martial arts and combat techniques. Lord Ayyappan was an exceptionally intelligent child with super human powers which everybody noticed. Upon his graduation from gurukool, he blessed his master’s blind and deaf child with the power of sight and speech by a simple touch. This was an amazing form of gurudakshina and people understood that the young prince was no ordinary child.

When it was time for the succession of throne, the king wanted to crown Lord Ayyappan as the next in line as he considered him to be his eldest son. Everybody was ecstatic except the King’s Diwan who had his own aspirations of taking over the kingdom. He brainwashed the queen to side with him stating that her own son was alive and non-royal blood should never be seated on the throne. Overcome by jealousy, she was prey to his devious plot. Many crooked plans were hatched to execute the young prince. This included poisoning of his food, and other evil attacks. He did not die but his body bore some painful damage which no physician could cure. Lord Shiva himself came to the palace disguised as a healer to provide respite to his son. Then one day the queen together with the Diwan and the physician came up with another wicked plan, She feigned illness which apparently could be cured only by a lactating tiger’s milk. No one dared to go but Lord Ayyappan volunteered. Despite his father’s repeated pleading, he stepped out into the deep jungles. On the way he encountered the demon queen Mahishi. They fought on the banks of the Azhutha River and Lord Ayyappan prevailed victorious slaying her with a mighty blow. Lord Shiva appeared and on his requested seated on the tiger, he returned to the palace. Everybody was amazed as the young prince fulfilled the impossible task with ease. 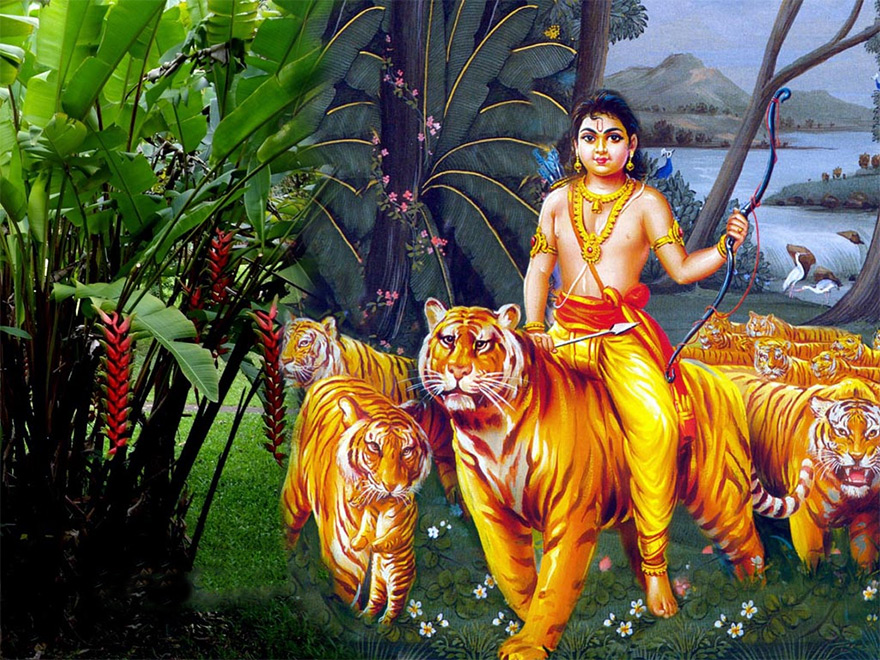 The King realized that there was some conspiracy and apologized to his foster son. Lord Manikandan hugged his father and requested him to build a temple dedicated to him in the hills of Sabari (Sabarimalai) as he would leave his earthly existence for the heavens. Once the temple was constructed Lord Parasuram, an avatar of Lord Vishnu carved the statue of the Supreme God-Prince himself. He was eternally deified on the auspicious Maha Shankranti / Pongal day.

To this day the pilgrimage to Sabarimalai is famous with close to 50 million men and boys making the famed ‘brahmachari’ pilgrimage. Worshippers observe a 41-day ‘brahmachari’ existence by abstaining from physical pleasure, cigarettes, alcohol, non-vegetarian and all other forms of taboos for celibate living. Most boys and men wear black dhotis, Sabarimalai beads and do not wear footwear. Even in the most urban cities, these rules are strictly observed. Upon this purification they set out for the trek up the hillock to pay pilgrimage on foot. On the day of the steep 18 level climb, the men bathe in the holy river Pampa and along with offerings of three eyed coconuts and ‘aantha’ garland head up to the Sabarimala temple. Usually on the 14th day of January, during the Tamil New Year or Pongal is the main day of pilgrimage. After accepting the Prasad and his blessings the men descend the 18 steps walking backwards facing the great Lord Ayyappan. This is one of the world’s most popular pilgrimage spots. The boons bestowed by the incredible Lord Hariharanputra are indeed tremendous for those with pure intention and passionate devotion. 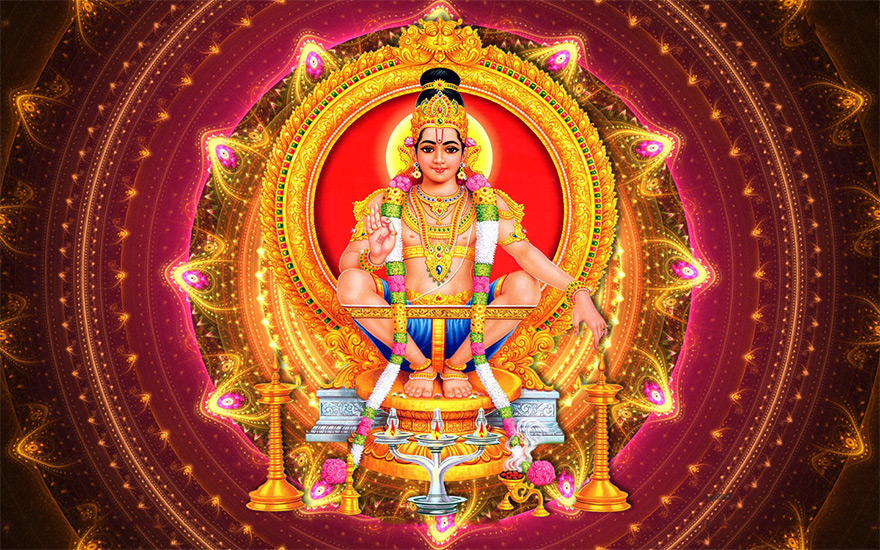 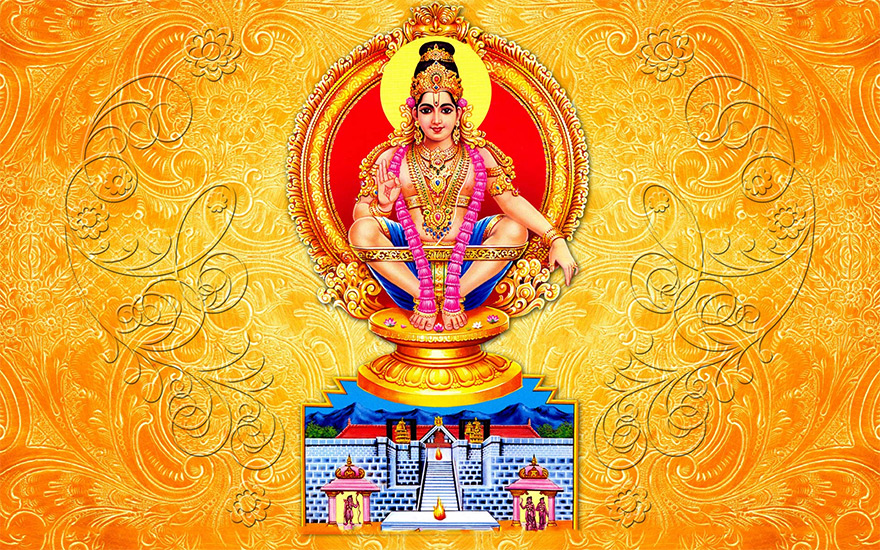 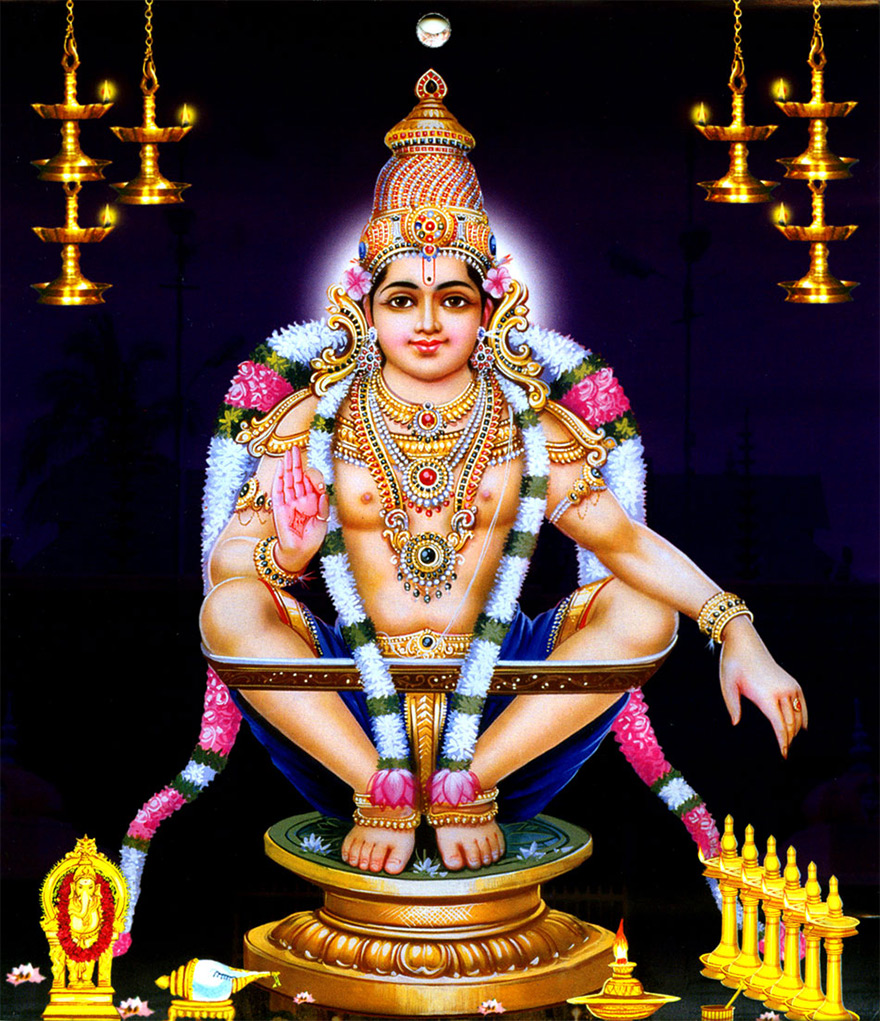 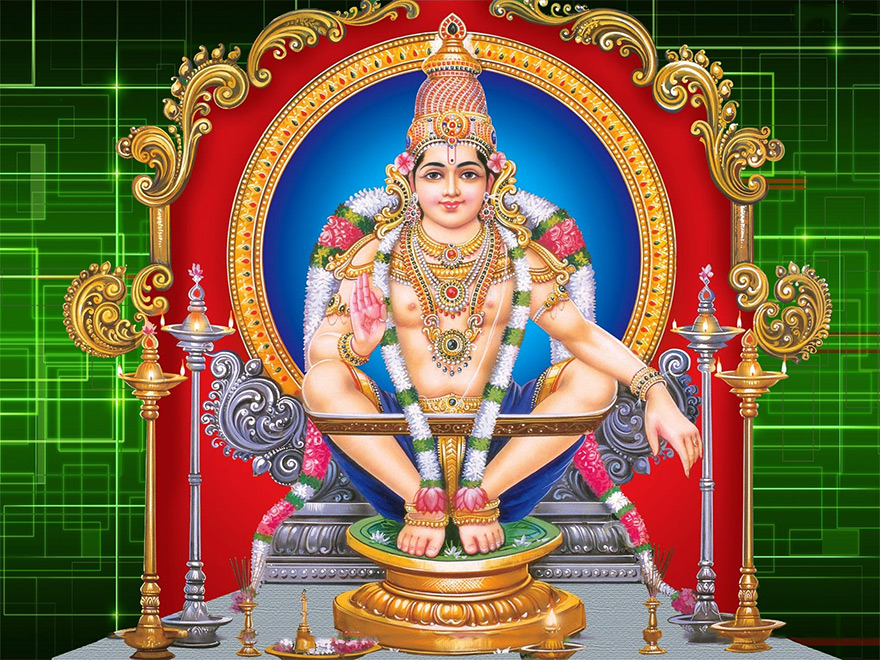 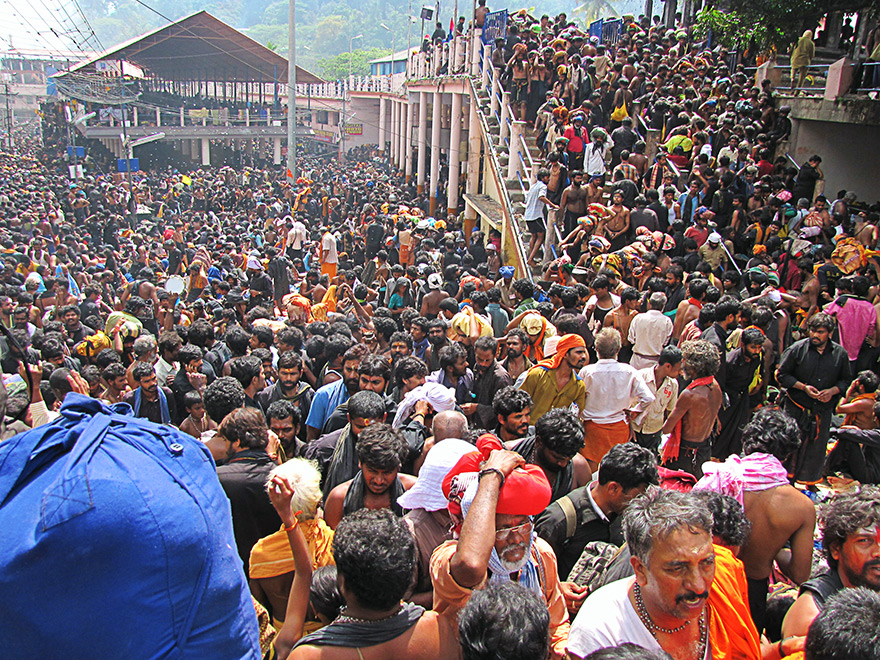