Sun Worship in Hinduism and Its Scientific Meaning 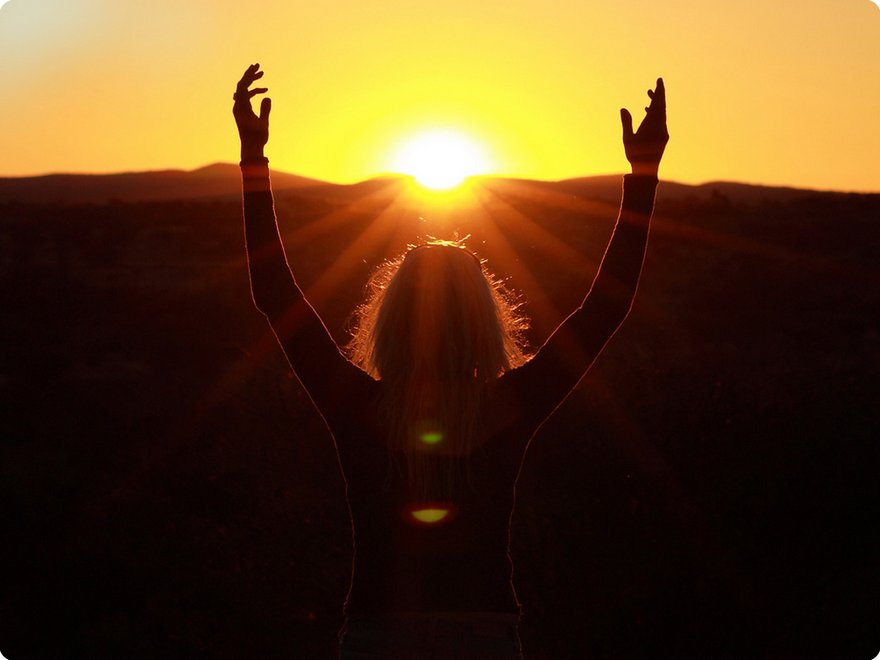 In Hinduism, Sun is called the soul of our world. We cannot imagine even a single day without it. In a society replete with customs and beliefs, is this just faith-based or was there a more scientific meaning behind the sun worship rituals?

Sun worship commenced with the rising of the sun when the ancestors would offer water in a ‘Lota’ (a round copper utensil with wide edge). The pouring of water would create a flowing film, creating the seven colours of the spectrum through refraction by which the sun would be gazed at indirectly. Hindus believe this is helpful to eyes, vitalizes the body & purifies the mind.

The body is made up of the five elements: earth (prithvi), water (jal), fire (energy), air (vaayu), ether (aakash). It is believed proper balance of these five elements helps keep the body healthy, the sun being one of them. The solar rays consists of seven colours of the visible spectrum which are equally vital to the seven chakras of the body.

Rigveda states the sun is an energy source for all living beings. The Gayatri Mantra is chanted to Surya deva to remove ignorance & strengthen the mind. The sun is symbol of self god. As the self god illuminates the mind, the intellect & the body, the sun illuminates the world.

Vedas also state that water offered to the sun in the evening converts the drops of water to the stones that cause death to the demons. For humans, demons are like typhoid TB, pneumonia etc. When a devotee takes a water in his hands while standing in front of or facing the sun & drops water on the ground. 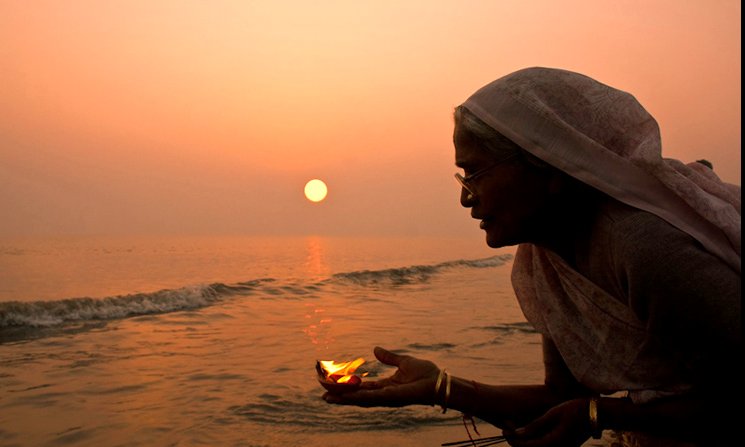 The Sun’s rays fall from the head to the feet of the devotee in a uniform flow. This way water heated by sun’s rays & it’s colour permeates every part of the body.

Modern science now has validated the importance of the solar rays on the human body. Many people living in the cold climatic countries suffer from SAD (seasonal affective disorder) during winter. some even going for solar therapies to alleviate moodiness & depression. Solar therapy mainly from an alternative source, is also used to treat palliation of disease, usually from dermatological disorders.

It also improves the blood circulation, balances metabolism & restores the function of many body systems. Exposure to the sun also promotes the development of the pineal gland hormone – melatonin, the amount of which is influenced by the aging process. Therefore it seems there is more to sun worship than meets the eyes.

It is a proven scientific fact that the early morning sun rays are good for the human being, after all human body is also a bundle of energy. The human body is made up of five things, air (vayu), water (jal), earth (prithvi), fire (energy) and space (aakash) and the cure of all the ailments of the body is amongst these five things only and the rays of the rising sun are one of these things.

Many diseases can be cured by the use of sun rays e.g. ailments of the heart, eyes, jaundice, leprosy and weak mind. Rigveda says, it is sun that wakes one up from sleep. It is due to thesun that all can work and are active. All living beings of the creation depend on the sun.

The sun removes physical, mental and spiritual weaknesses and makes one healthy and long lived. The seven colours of the sun are very good and important for the health. If early morning one has a bath and after offering prayers to the Lord one has sun bath and allows the sun rays to fall on one’s body then one could free the body of all ailments and increase one’s intelligence.

Women as the Representatives of God