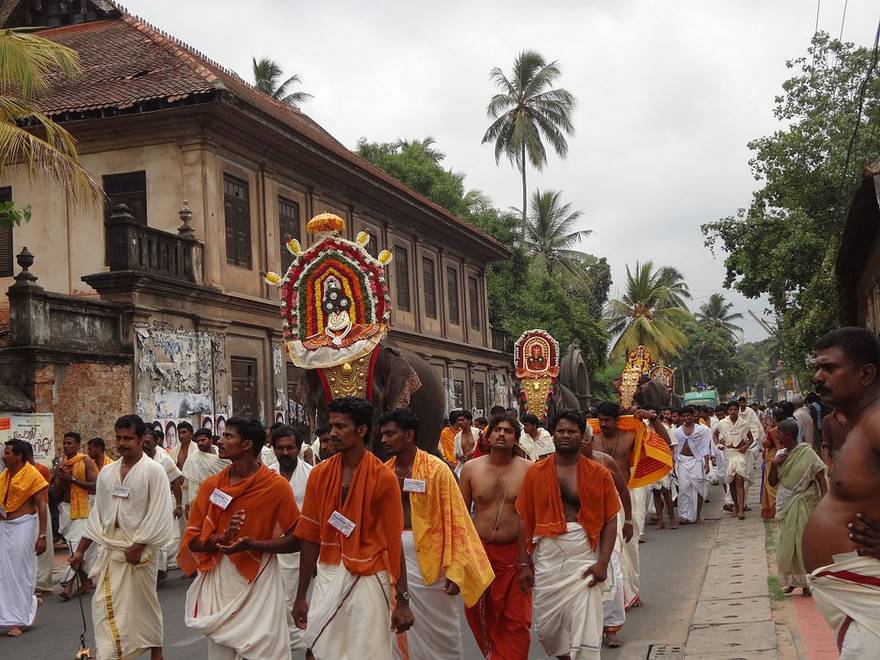 Is there any airport in the world which closes its runway and reschedules flight operations for a centuries-old temple procession to pass?

The international airport in Kerala’s capital may be the only one of its kind which has been stopping flight operations and rearranging flight schedules twice every year for several decades as part of the annual festivals of the famed Sree Padmanabhaswamy Temple here.

The flight operations to and from the airport here would come to a halt for five hours when “Aarattu,” the ritual bath procession of temple idols, passes through its runway on the final day of the 10-day ‘Painkuni’ and ‘Alpassi” festivals (celebrated during the Tamil months of Painkuni and Alpassi months respectively) of the shrine.

The airport issues a NOTAM (Notice to Airmen), a notice containing information concerning the establishment, condition or change in any facility, service or procedure, among others, in airspace management, in this regard a week ahead of the procession, airport sources here said.

Armed CISF personnel stand guard on both sides of the runway when the idols pass to take a ritualistic bath in the nearby Shangumugham beach crossing the airport premises.

After the ‘holy bath’, the procession goes back to the temple through the same route in the night with an escort of people carrying burning ‘theevettis’ (traditional fire lamps).

As this year’s ‘Aarattu’ procession, marking the culmination of the ongoing ‘Alpassi’ festival at the Lord Padmanabha Temple, would be held Saturday evening, flight operations at the airport were scheduled to be canceled between 4 and 9pm, airport authorities said.

According to the temple management, the procession moves through the airport runway as the area is part of the traditional ‘aarattu route’ through which it has been passing for several centuries to reach the beach. 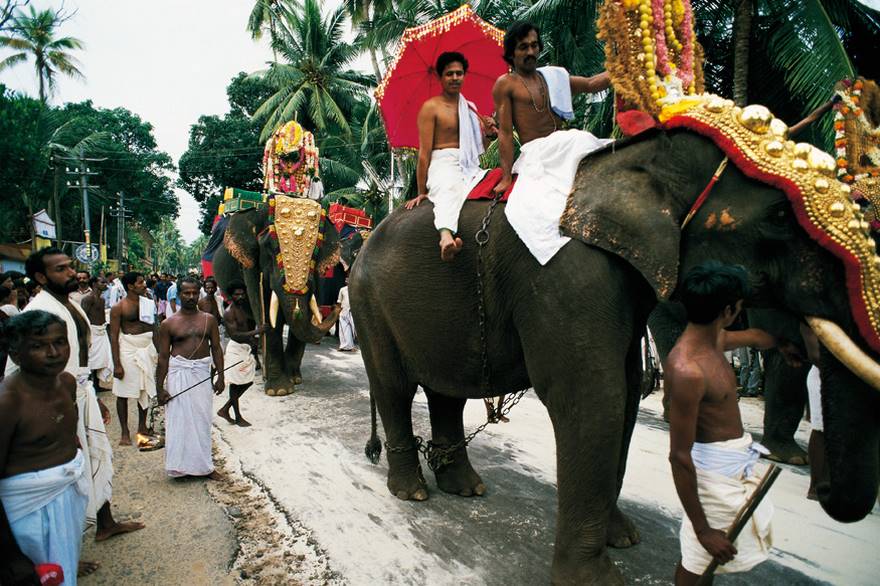 The procession used to pass through the same route even before the airport was established in the year 1932, they said.

The temple issues special passes to participants in the ‘aarattu’ as it passes through the high security airport area, they added.

Thiruvananthapuram airport director George G Tharakan said NOTAM is usually issued a week before the procession date, so that flight operators worldwide are aware of the need to change the schedule.

“I do not think, such a practise is followed anywhere in the world…The runway will be closed completely and all flight operations, both domestic and international, will be halted for five hours. It is time when modernity meets tradition,” he told PTI.

Detailing the security arrangements, the director said, people are allowed inside during the procession based on the special passes issued by the temple management.

“They give us a list of participants, to whom they issue passes. Only such persons are permitted inside airport premises. Strict security checks, both by CISF and Kerala police personnel will be carried out at the entrance. CISF personnel guard the runway when the procession passes,” he said. 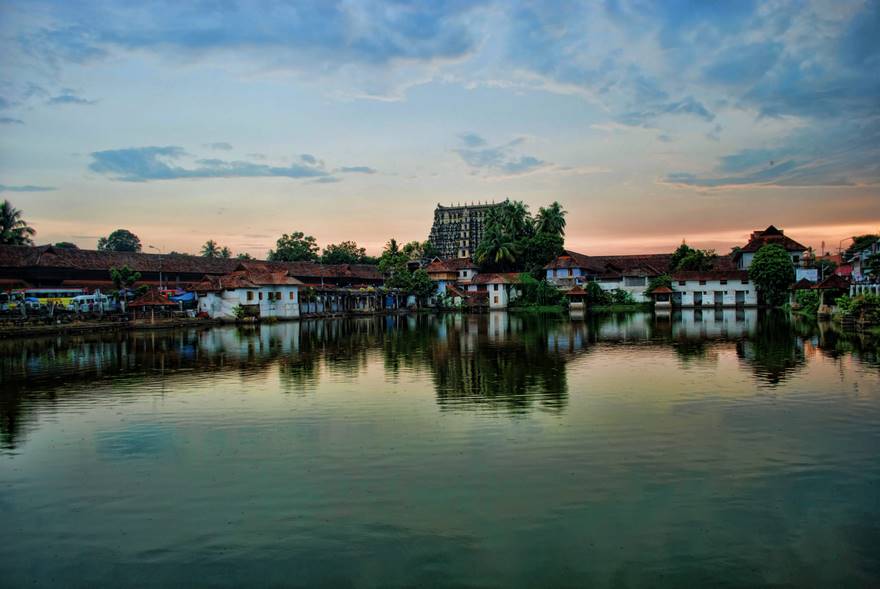 Temple authorities would be requested to clear the airport premises completely by 8.45pm after the procession returns and the NOTAM would be withdrawn and flight operations would resume by 9pm, Tharakan added.

The procession carrying temple idols on decorated vehicles escorted by priests, members of the erstwhile Travancore Royal family, caparisoned elephants, police band and armed and mounted police personnel besides large number of devotees, is a grand spectacle for onlookers.