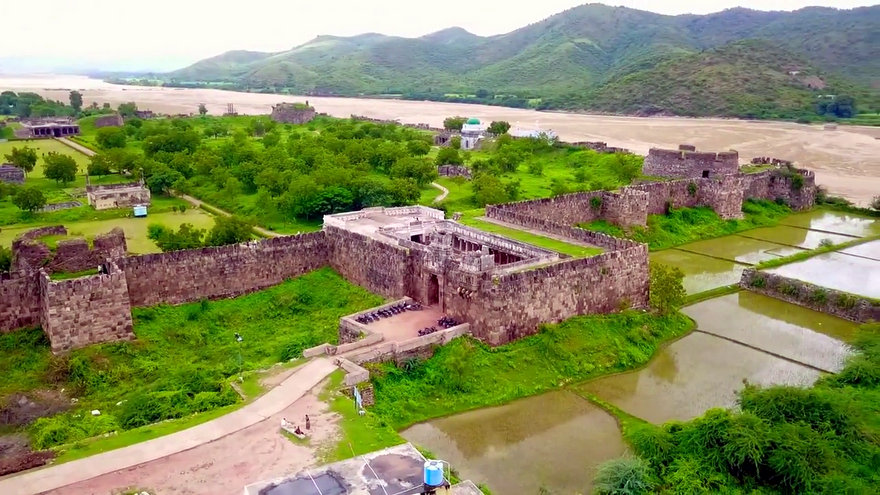 Siddavatam Fort is a 684 years old riverside fortress located in Sidhout Village, Kadapa district of Andra Pradesh in South India. It is also known as “Gateway of Srisailam” or “Dakshina Kashi”. This fort has a vast history of struggle for protecting its culture and social values from local and foreign invaders. 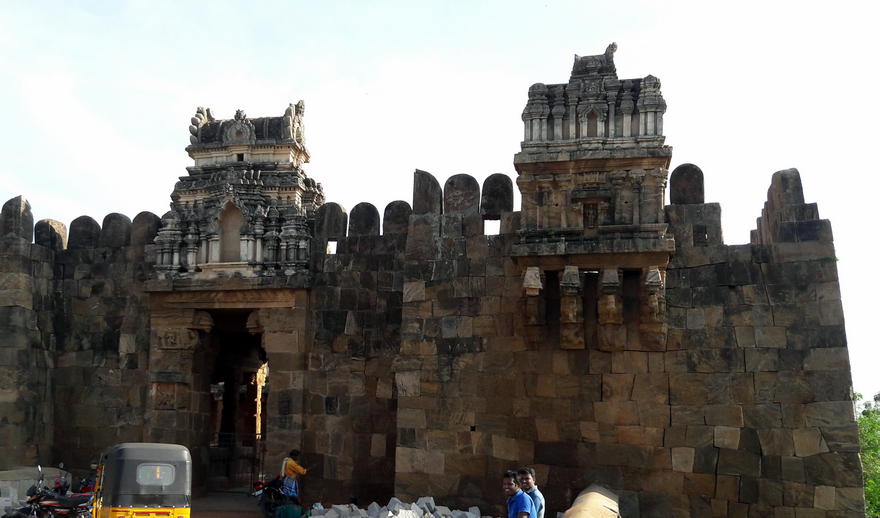 This fort was built by Matti Raja’s in the year 1303 A.D of Tuluva dynasty. Matti Raja’s were the Nayakar’s under Vijayanagar dynasty. The fort is built on the banks of the Penna river. This fort was gifted by Vijayanagar emperor Araveeeti Venkatapathi Rayulu II in 1605 to Yellamaraju , for the victory in Utukuru war. The fort here was much developed under the rule of king Varadha Raju, who is the son-in-law of Sri Krishna Deva Raya. 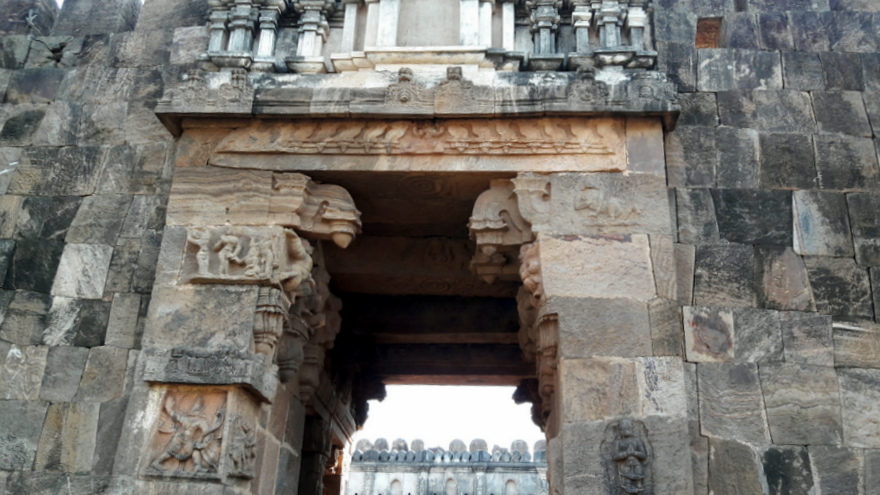 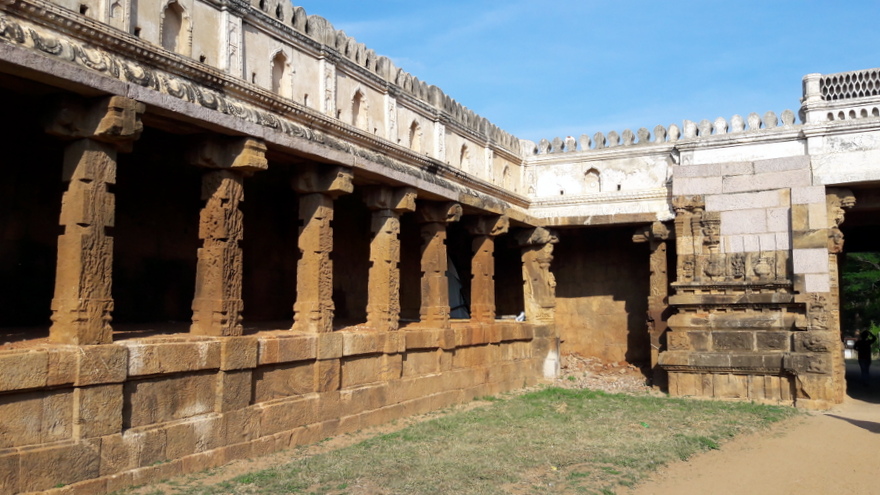 In the year 1800, the British took over the fort from the Hyderabad Nawab’s. This is a defensive fort which was under the British East India Company for more than 150 years. East India company made this as their capital to run their administration. From 1807-1812 Sidhout was the district headquarters for Kadapa district. Later the administration was moved to Kadapa as this place will be isolated whenever Penna river floods.This fort was later administered by the Archaeology Department of India in 1956. 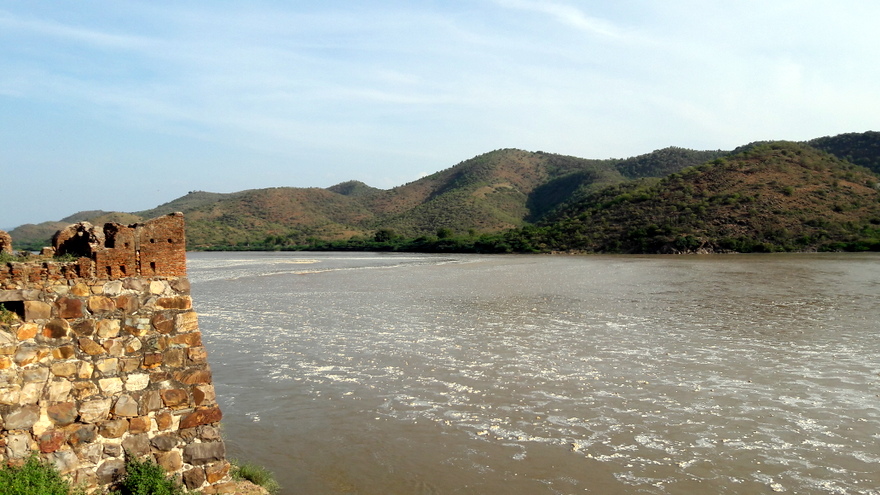 Once this fort went under the Nizam rule, they built a lot of Islamic Structures and Mosques in side the fort. 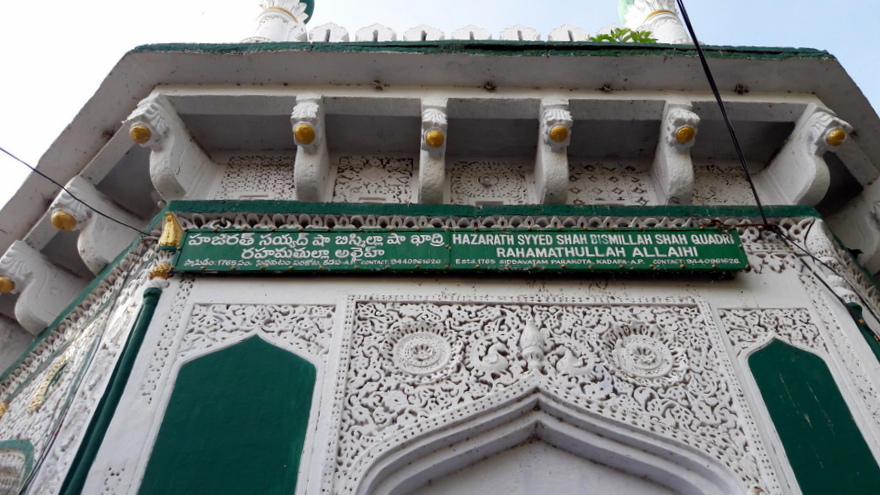 You can find a life size Nandi deity with severed head in the fort, which is probably destroyed in their era. 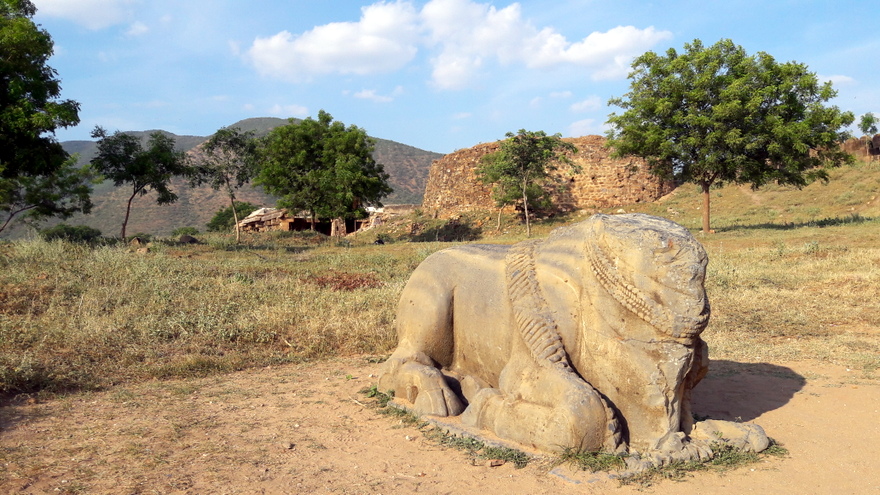 This fort extends over an area of 30 acres. Visitors can view the gateways and decorated pillars at the two ends of the fort. It is noteworthy that the 17 bastions which once used to protect the region are still visible in the fort. The fort houses an ancillary passage which allows the visitors to gain access even after the closure of the main gates. It is considered as the gateway to Dakshina Kashi. The temples present inside its premise include the Ranganatha Swamy Temple, Siddheswara Temple, Durga Temple and the Bala Brahma Temple. 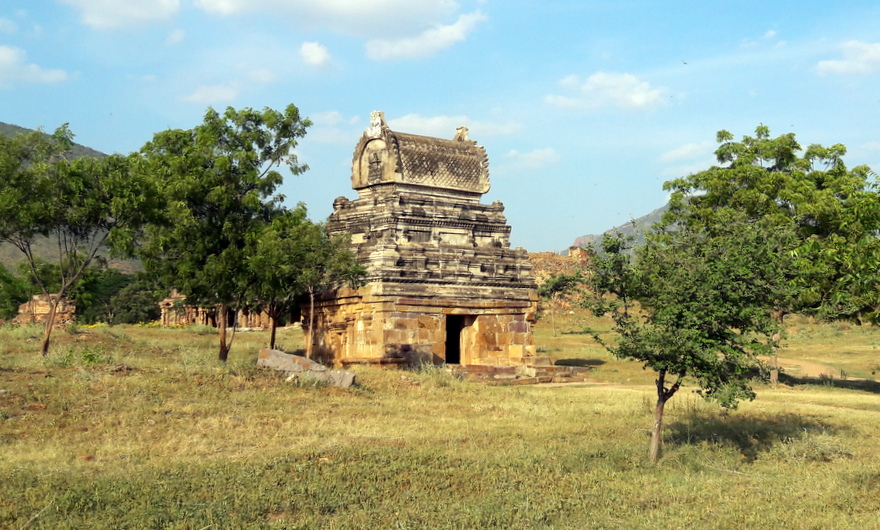 These are some of the best stone carved temples found in this area. Many of their pillars are made of a single stone. The roofs of these temples are covered with stone slabs. The god and goddess sculptures are made of single stone carvings, which are very beautifully made. 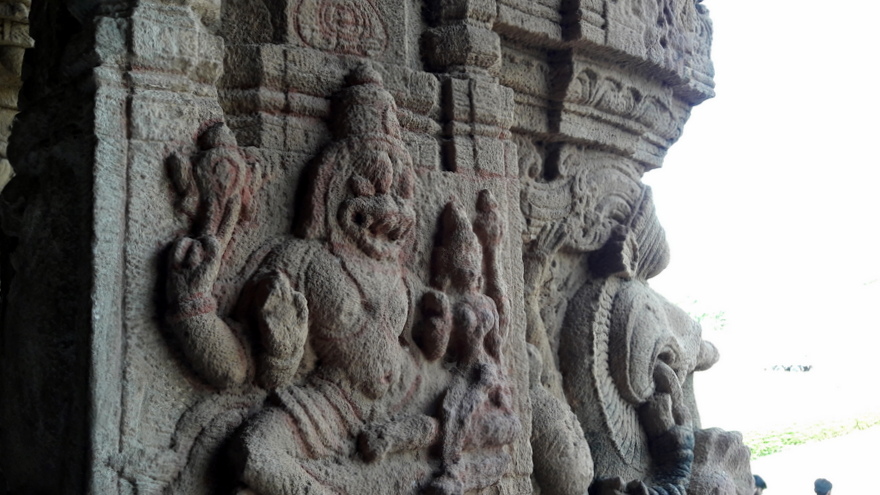 Inside this fort there are many complexes. The main structure of this first area is totally built of granite stones. 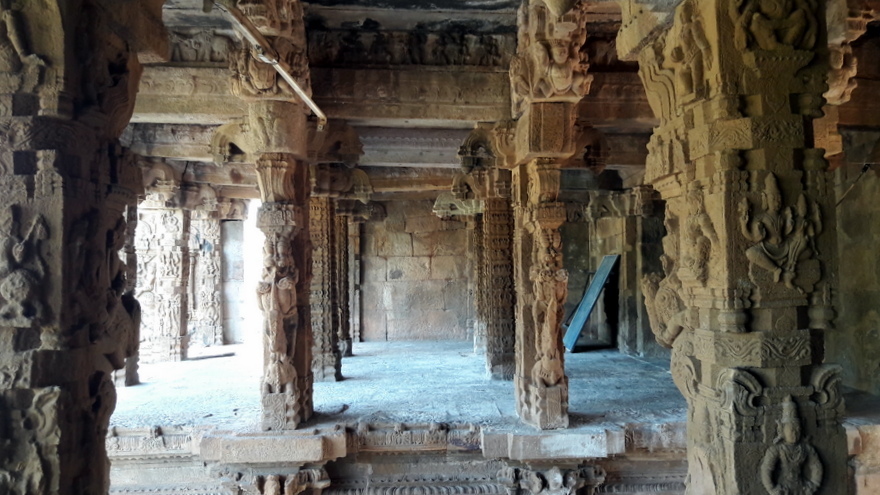 The name of this fort has historic significance. It is also called as the Siddhout area. Since this region had many Siddhas, who were yogic people known for their natural remedies with herbs. These Siddhas used to sit on a round platform built around the banyan trees. Hence this place was called as Siddhavata in the medieval Era when the Udayagiri Kingdom ruled here. This fort saw much local aggression with the Reddiyars and the Vijaya Nagara kingdom over centuries. 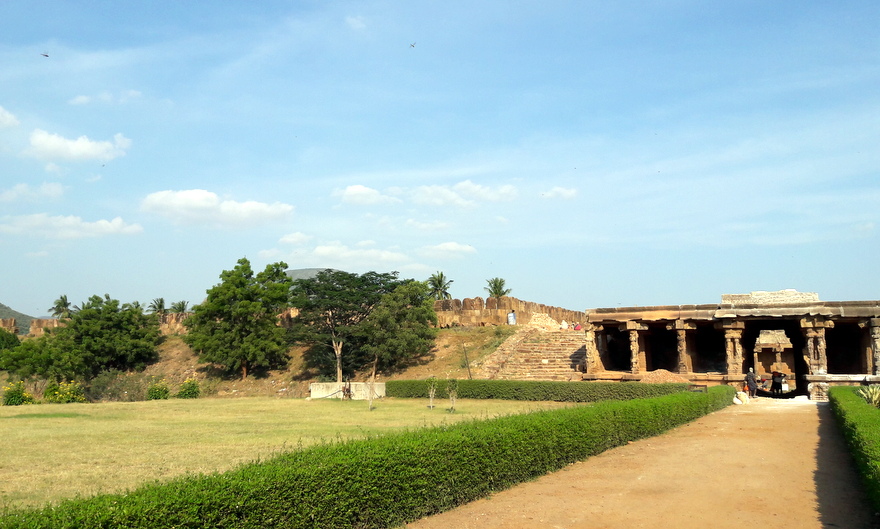 While Chaitanya Mahaprabhu was on his South Indian tour, he visited this place. We can find it mentioned in the Chaitanya Charitamrita as follows:

“Upon seeing the Ahovala-nrisiṁha Deity, Caitanya Mahāprabhu offered many prayers unto the Lord. He then went to Siddhavaṭa, where He saw the Deity of Rāmacandra, the Lord of Sītādevī.” (Madhya Lila, 9.17)

Once patronized by kings of 18 dynasties and having more than 120 temples, this place is now on the brink of vanishing. It has turned in to a refuge for unscrupulous elements. 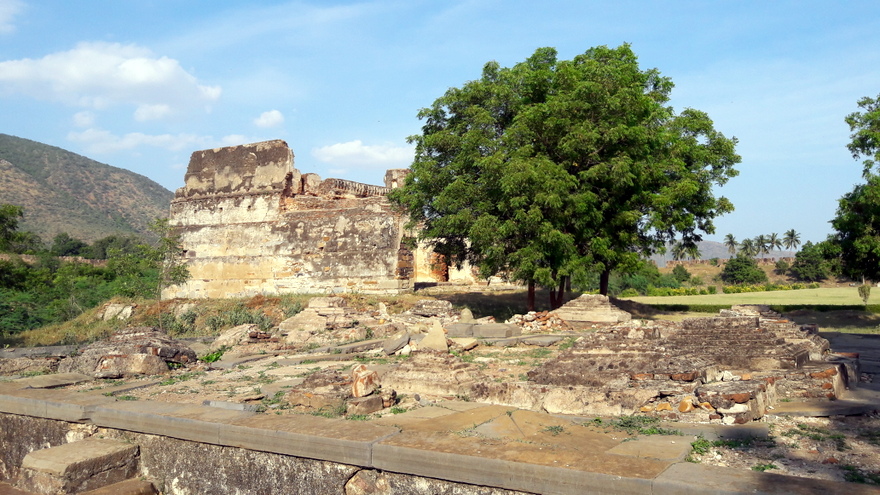 It is so unfortunate that this place where religious devotion was at its peak once upon a time, has now become a pile of debris.