It is a scene which has repeated itself every day for more than three thousand years in this holiest of India’s cities – a place as ancient as Babylon or Thebes – which Hindus consider to be the beating heart of their religion.

While modern India rushes headlong to embrace many of the material aspects of Western capitalism – even Varanasi has an outlet of McDonald’s – standing on the ‘ghats’ of Varanasi at dawn, it seems as if time is standing still.

All strands of society are on show – from an aged scholar who stands motionless up to his neck in the water chanting mantras to two young fisherman’s boys who, oblivious to the old man’s prayers, are noisily trading splashes just a few feet away.

For all the material changes of the last decade, India remains a deeply religious country, with more than 93 per cent of Indians believing in God according a major survey conducted this year by the Centre for the Study of Developing Societies in New Delhi.

However to speak to India’s new urban elite, like the young mobile phone company executives we met a week ago on the upper reaches of the Ganges, is to wonder whether India will follow Europe into Godlessness in the century to come.

When asked to talk about or explain their pujas and
interaction with Mother Ganga, several could only
shrug and answer “Well, that’s what we do”

It is a debate which pre-occupies many in India as old social structures are broken down by children who earn more than their parents and increasingly absorb the attitudes and mores of Western culture.

However Saurabh Sharma, a 49-year-old IT specialist who spent several years living in California before retiring to Varanasi, is among those who believe that the battle for India’s soul is far from a foregone conclusion.

“The Hindu religion will endure because of its capacity to reinvent itself and to assimilate new cultures and traditions,” he says, “Hinduism has shown over the centuries that it is a philosophy that can adapt to the times, but remain true to its heart.

“In Europe Christianity has become irrelevant because it is a fixed system, instead the West has embraced the ‘philosophy of more’ – more cars, more houses, more holidays – but India has no desire to succumb to the European way.”

The interest in religion is not confined to the elderly. Among the devotees standing on the ghats is 18-year-old Abishekh Srivasta, a medical student at Varanasi’s university, who has been sent by his mother to cast an offering of flowers and sugar into the Ganges. Does he see any contradiction between his ancient religious faith and his modern scientific training?

“I believe in both equally,” he says, “I believe there has to be a balance between the rational world and the religious world.”

So does he believe, as per Hindu tradition, that a dip in Mother Ganga will wash away his sins?

“No, I believe that you have to be a good person. That if you have a pure soul by your words and deeds, then you will attain ‘moksha’ [enlightenment],” he adds. “My parents believe in [the Goddess] Durga but I believe only in ‘Om’ the infinite truth that lies behind everything in the world – we are both religious, but perhaps in different ways.”

The inclusiveness of the Hindu religion is everywhere on display in Varanasi where people come to ‘Ganga Ma’ for everything from saying their praying and cremating the dead to washing their underpants and pestering a living off the tourists.

As we walk the ghat in the morning sun, a holy man invites us (for a fee, of course) to join him in prayer. Is it right, we ask the Pandit, that a Christian-born foreigner should join his ceremony which promises to deliver peace to our families?

“It makes no difference because to us God is one,” he says applying a crimson dot to our foreheads, “people of all faiths come to worship here because they believe in the centrality of God that will endure for eternity.”

After reciting his mantra, including several of Ma Ganga’s 108 names such as ‘destroyer of poverty’ and a ‘staircase to heaven’ we ask the old man whether he worries about the gathering forces of materialism in the new, urban India.

“I am not worried because every human being is created differently,” he says, “Some men want cars and money, others do not. A lamp may be a thousand watts or a single watt, but it is true, is it not, that both give off light?” 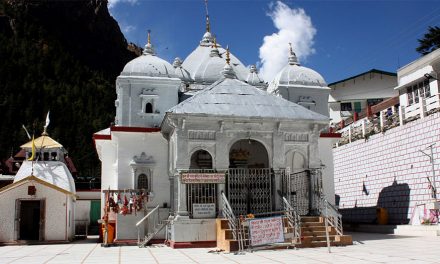 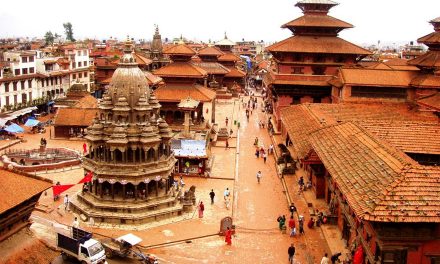 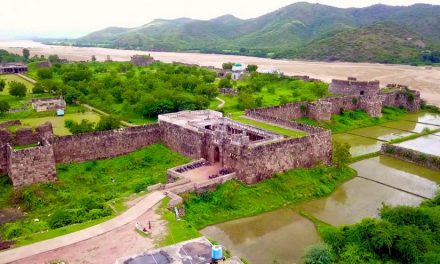