Over the last two years, the Sun has run numerous articles about the plight of the widows in Vrindavan Dhama. In August 2005, the issue gathered steam with the release of a film entitled Shwet – White Rainbow, which was nationally released in India. The movie exposed the horrible treatment dealt to widows in India.

Earlier this year, producer Deepa Mehta released “Water”, the third in her elemental trilogy of films. Like White Rainbow, Water showcased the plight of widows in India. Shot amidst tremendous political resistance in Varnasi, the film was shut down by angry mobs. Mehta eventually filmed it secretly in Sri Lanka.

Over the last year, this issue has been slowly moving to the forefront of western social conscience, with pop musicians and movie superstars getting in on the action. Since high-profile British businessman Raj Loomba declared June 23 as International Widows Day, Vrindavan has been visited by the likes of Yoko Ono and Madonna.

Yesterday, the issue of the maltreatment of widows in Vrindavan surfaced yet again, this time on the front page of CNN, in an article entitled.

Commenting on the CNN article, AHN writer Linda Young reported, “It is believed that 15,000 Hindu widows live on the streets of Vrindavan, India, nicknamed “city of widows.” Many of them are poor, hungry and homeless. The women are from across India. they went to Vrindavan after their husbands died because society, including their own families, shunned them. Forbidden to remarry and marginalized by a society that places no value on widows, the women are often called the living dead.

Although it is believed that a widow who dies in Vrindavan will be freed from the cycle of numerous lives and deaths, it is not religion that causes the widow’s banishment there. It is economics. The women are seen as a drain on the finances of their family.

Widows are required to shave their heads and wear white robes. Widows are traditionally ostracized in India, although not all of them are forced to leave their home.

But for those who are, those who arrive in Vrindavan without any money primarily live on the streets begging if no one will take them in. Often they don’t eat every day and many of the elderly women curl up to sleep on stone verandas outside temples or on the streets.

One widow related what happened to her after her husband of 50 years died.

“My son tells me: ‘You have grown old. Now who is going to feed you? Go away,'” she said, according to CNN. As the 70-year-old mother’s eyes filled with tears she said, “What do I do? My pain had no limit.”

At the very least there is social humiliation when a woman is widowed. She is told not to attend weddings because her presence is bad luck, says a widow who is working to change customs.

“Generally all widows are ostracized,” Dr. Mohini Giri said, according to CNN. “An educated woman may have money and independence, but even that is snatched away when she becomes a widow. We live in a patriarchal society. Men say that culturally as a widow you cannot do anything: You cannot grow your hair, you should not look beautiful.”

Giri has formed an organization called the Guild of Service to help destitute women and children. It has established homes where the widows live. There the women wear brightly colored clothing and grow their hair long.

Widows have never had an easy time in India. Before 1929, when officials banned the practice, widows in many parts of India were encouraged to commit Sati, the act of throwing themselves on their husband’s burning funeral pyre and burning to death. Although the practice was banned by the government, Sati deaths were reported in India as recently as the 1980s.”

In the one devotee posted this message entitled “Vrindavan’s Widows: Son To Mother, You Are Too Old, Go Away”, in which s/he brings the issue squarely into ISKCON’s camp. As Srila Prabhupada’s representatives in the Holy Dhama, we can expect the devotees to increasingly question whether we have a responsibility to get involved in the issue, which is bringing such negative focus to bear on Vrindavan Dhama.

“The top story on CNN.com — beating out the arrest of Al Gore III and a new video from Al Qaeda second-in-command Ayman al-Zawahiri — is this story on shunned widows awaiting death in Vrindavan.

As expected, readers are horrified by the backwards and inhumane treatment of these women — 40 million in India, and 15 thousand on the streets of Vrindavan. Some blame Hinduism or the Vedic scriptures for this cruel practice. Others say that it is all about money and greed.

As Gaudiya Vaisnavas we hold Vrindavan to be sacred ground — Lord Krishna’s own abode. How do we reconcile that belief with the adharmic treatment of thousands that is purportedly happening there? Can we or should we do something about it? Or is this just a case of a pro-Westernized, anti-Hindu media slant, hyping a story where there really is none? Is this an opportunity for ISKCON to be proactive and take a stance, or an embarrassment that we should hope just goes away?

In any event, one thing is clear: even if we don’t have the answers on this one, we must be willing to face the questions. – Source: ISKCON Communications.

Here is the beginning of the article on Vrindavan Widows from CNN:

“Ostracized by society, India’s widows flock to the holy city of Vrindavan waiting to die. They are found on side streets, hunched over with walking canes, their heads shaved and their pain etched by hundreds of deep wrinkles in their faces.

Hindu widows are shunned from society when their husbands die, not for religious reasons, but because of tradition — and because they’re seen as a financial drain on their families.”

In another instance we read this from that article.

“Biswas speaks with a strong voice, but her spirit is broken. When her husband of 50 years died, she was instantly ostracized by all those she thought loved her, including her son.

“My son tells me: ‘You have grown old. Now who is going to feed you? Go away,’ ” she says, her eyes filling with tears. “What do I do? My pain had no limit.”

This is sad and the government of India should work very hard with the society to eliminate these types of very negative instances. So that the people never know what it means to be a Vrindavan Widow.” 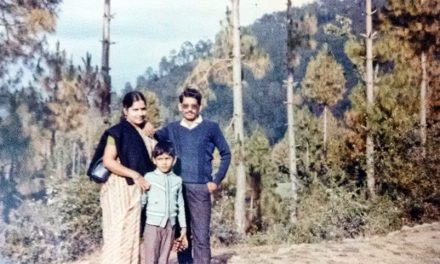 A Trip to Kedarnath and Badrinath