Origins of Rice in India 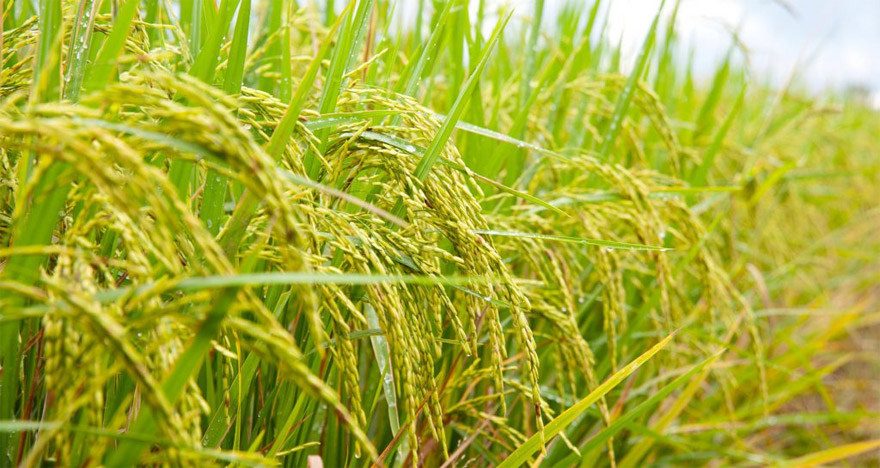 Historian Asko Parpola has assumed that the cultivation of rice spread from the Ganges valley to Swat, Pirak (Kachi plain) and Gujarat during the first quarter of the second millennium BC. He says that the rice undoubtedly came from the Ganges valley, and this suggests a new level of mobility in North India.

Again, he says that the etymology of the Vedic word for rice does not tally with the Proto-Austro-Asiatic words. Asko Parpola considers that the words for rice in Tamil (arici) and Sanskrit (vrihi) have failed to demonstrate with any certainty the influences of the Austro-Asiatic loan words on the oldest phase of Indo-Aryan in the northwest.

It seems that the word arici traveled westward. Inside India also several languages adopted the word arici. The possible answer to this predicament is that rice was not found as an alternative for the wheat-eating people in the Sanskrit belt, who were satisfied with wheat and never felt the need to cultivate rice in their fields. This attitude can be seen in the south even today, where traditional rice eaters are never interested to switch over to wheat, on any consequences.

It is interesting to recall references made in Sukraniti about vrihi. Sukraniti mentions that vrihi (oryza sativa) is used in rubbing the oyster pearls, soaked in saline water during the previous night in order to test their genuineness. Again it says that the culpability of an offender was determined by divya sadhana or divine test. In this, the offender has to chew without anxiety or fear one karsa amount of rice. In doing so, if the offender experiences difficulties through palpitation of heart or want of salivation, the man would be declared guilty. The rice-ordeal is to be applied in a case involving theft of Rs. 125. A law has forbidden the king from receiving milk of cows, etc. for his kith and kin nor paddy and clothes from buyers for his own enjoyment. 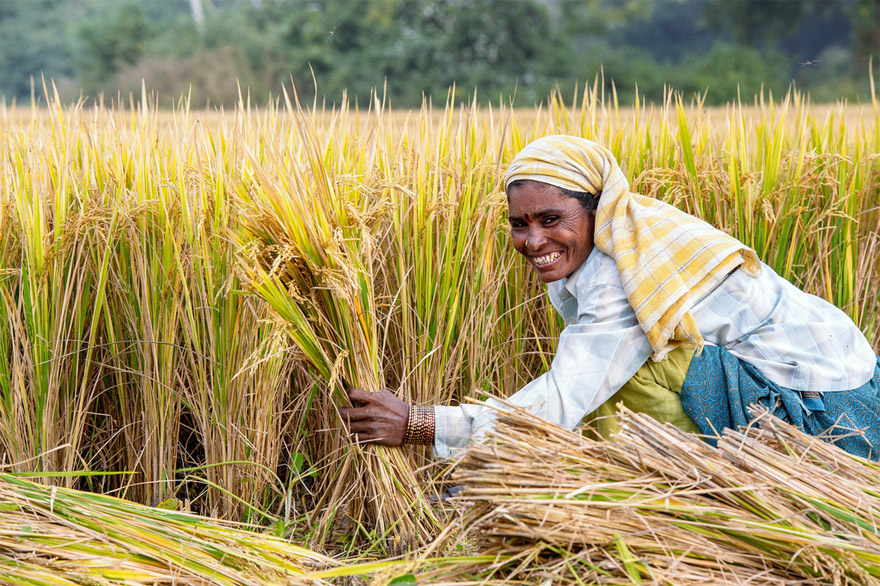 Rgveda mentions about rice, but rice received more mention with the advent of Yajurveda. Arthasashtra says that Sanskrit has used different words to refer a variety of rice. Wheat, barley, and rice were commonly known as vrihi. The knowledge about the stage in which rice came to be included in this word will enable us to fix up the road map of origin of domesticated rice cultivation in India.

Inside India, the word arici for rice is widely distributed, with slight regional variations. Instead of picking up the trend, why Sanskrit accepted vrihi as the word to denote rice is really a baffling question. The time that is being taken for deciphering the origin of that word has made it a historical conundrum.

The prevailing opinion of the scholars is that the word vrihi has got no relation with any Dravidian words. We will have a fresh look at the question of vrihi not having any similarity with the Dravidian language. 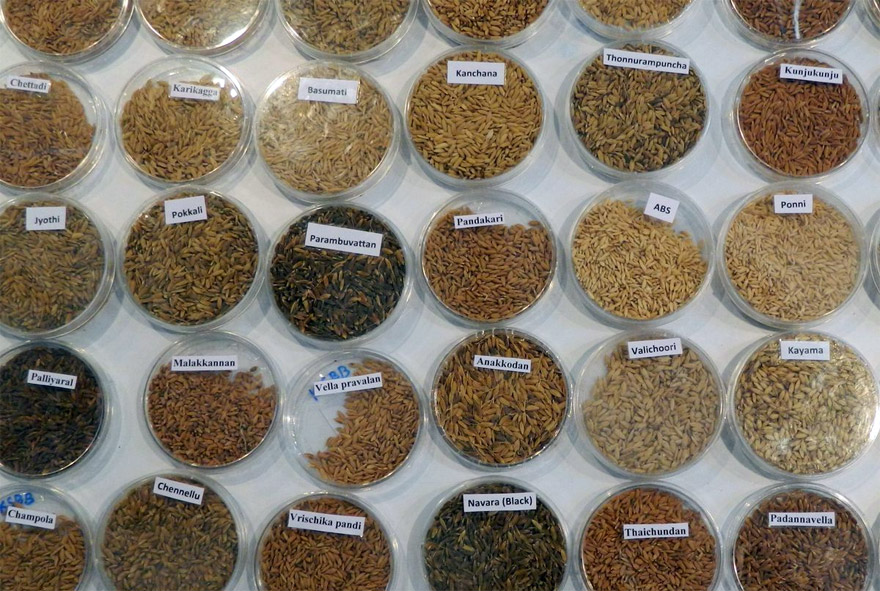 Rice formed an important item of food next only to yava, which was considered as the most important. Based on seasons, rice crops are distinguished by names like the graishmic, varshic, hemanti, sharada for summer, rainy, autumn, and winter crop respectively. The late maturing rice is ptasuka vrihi and the early maturing one is asu vrihi.

Sali, Vrihi and Sastika are the main varieties of rice. Raktasali, considered being the best of all the corns, is one among them. Others are Mahasali, Kalama, Sugandha and Kasthasali. Vrihi is considered inferior to Sali and Sastika. Vrihi was largely used in sacrifices and eating.

It is tandula for threshed out paddy grain, akshat for unbroken rice, nivar, namba and vrihi for the transplanted rice. The unhusked and pounded rice mix known as akshata is used in religious ceremonies and the homam using this mixture is known as akshata homam.

Vrihi ripened in autumn, Sali in winter, Sastika in summer. Sastika is quicker in growth, and can be harvested within sixty days of cultivation (Arthashastra). Vishnu Dharmottara makes reference about the two varieties of Swastika, Raktasastika, a medicinal variety, and pramodaka sastika.

Shashty is ‘sixty’ in English. The completion of sixty years of age is shastypoorthy. Navara rice is of two kinds, whitish and blackish (kakalakam). Shastikam is the navara variety, which takes sixty days for harvesting. It is a graishmic variety. The field in which navara is cultivated is known as shastikyam. Navara rice is also known as shastihayanam. Gundert claims that there are two varieties of navara, one that ripens at the end of two months and the other at the end of three months. Gundert says that the origin of the word navara may be from navati. 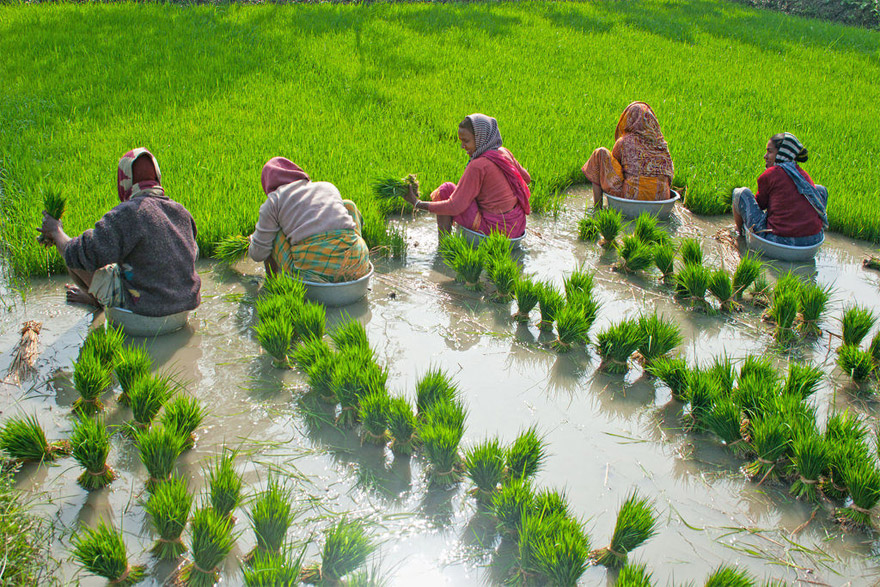 One-sixth part of the income is shashta. The king was known as Shastamsavrithi. One sixth of the rice harvested belonged to the Rajah, so the raja came to be known as shastamsavrithi. Rice is poured on the head of the rajas of Kerala as a part of the installation ceremony, known as ariyittu valccha.

Efforts made by Gundert and Asko Parpola are praiseworthy, but the deduction made by Gundart (vridha?) stands as an incomplete effort. We shall not allow it to remain as such forever. Vrihi is generally used for any grain including wheat, barley and rice. It is a generic term applied to all varities of rice. This word might have accommodated rice at a later stage. Similarity has been observed for the word vrihi (Sanskrit) with the Dravidian words vari, and ari. Similarity can also be observed for the wrijzey (Pushto), birinji (Persian), brinji , and the Malayan word beras. The words for rice in Greek and Latin show more affinity to the Tamil word, arici. 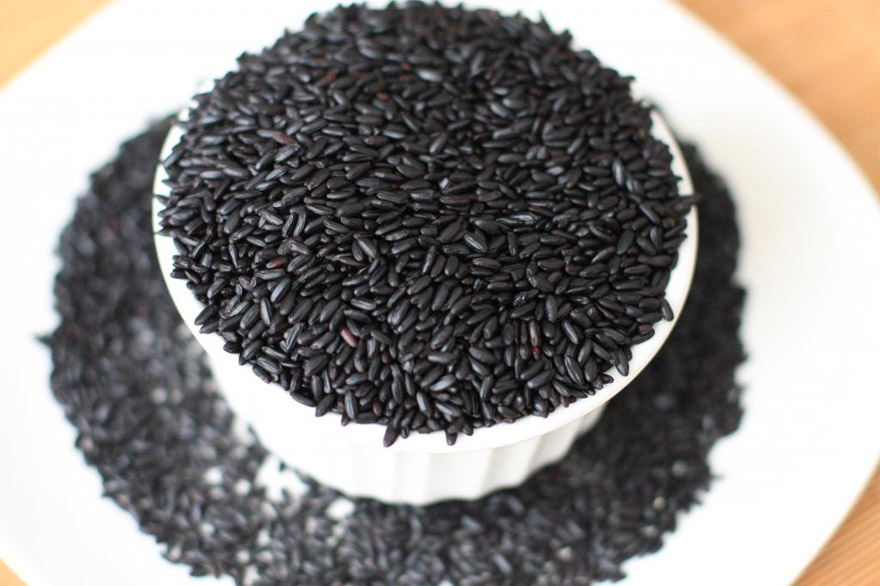 So all the successive interpretation failed to explore whether there are any influence from the far south in the shaping of the rice culture in India and abroad. Asko Parpola has pointed out the Gangetic plane for the rice in the Indus valley. It is also suggested elsewhere that India got the rice culture from the Greek. The word arici came from the Malaysia and so on.

Tendency in south India is also the same. In our dictionaries, the word pathayam is considered to be a Portuguese word. Really, the word pathayam was originated from pathu (paddy field) and ayam (income). Both words, when combined, attain the meaning ‘the granary’, in which we store the grain that we harvest. But unfortunately we failed to identify our own word and attributed its origin to the Portuguese. This loss of direction is seen in the case of the rice, also. We are not even bold enough to assume that we were capable of doing things on our own.

The History of Stone Art in Nepal

Nanchinadu: Harbinger of Rice and Plough Culture in the Ancient World