The Significance of Thamboolam (Betel Leaf) 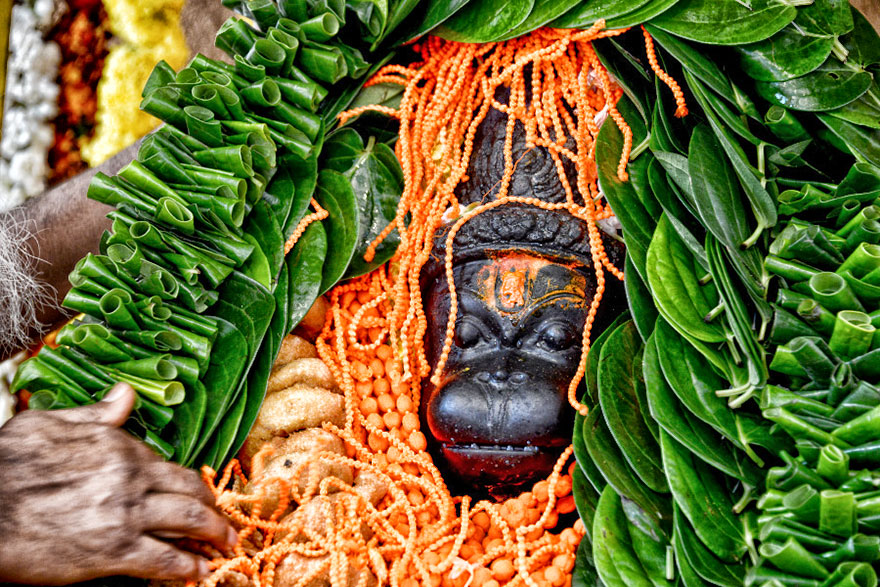 The betel leaf has an interesting significance in our lives. I occasionally enjoy the pleasure of a delicious paan beeda with my family at the end of a hearty meal. It is interesting to watch how the paan is made in front of you at the little paan beeda stall present in front of most restaurants in India.

In traditional terms we call this thamboolam, when we offer beeda after meals and to people whom we invite during special occasions. In all functions and ceremonies, the presence of betel leaves is compulsory and worshipping is simply not done without betel leaves. That is our custom.

I was recently listening to someone who was explaining the dos and don’ts of offering a thamboolam and found it interesting.

There is special way to prepare a thamboolam. Firstly, the tender leaves are soaked in water and picked, and the spine is gently peeled. The less spicy, light green leaf categorised as female is preferred over the dark green, spicy male version. A dash of lime paste is applied to the leaf. Tiny quantities of nutmeg, nut gall, wild turmeric, edible camphor and cardamom is added. Nutmeg, nut gall and wild turmeric are called as jathikai, massikai and kaddukai in Tamil, respectively. Over usage of these ingredients can actually make you dizzy, therefore you have to use the right amount.

The nuts are then thinly sliced with the aid of a specially designed nut cracker.

This is topped with a reasonable quantity of betel nut and liberally topped with rose petals soaked in honey. The leaf is nicely folded into a triangle and consumed. This will leave a refreshing taste in the mouth and helps to relax.

By wearing the thamboolam the husband and wife ensure that goddess Saraswati and Lakshmi reside in their mouths. It is believed that goddess of knowledge, Saraswati, resides in the middle part of the leaf and goddess of wealth, Lakshmi, resides in the lower tip of the leaf. The mouth turns red in color and the pleasing fragrance of thamboolam remains in the air for some time. Wearing the thamboolam decorates your mouth with colour and aroma for the holy ladies to reside.

We can see that are number of artists and musicians in South India have the habit of consuming thamboolam. We say that the goddess of knowledge saraswati resides in them.

In traditional homes you can find fresh betel leaves, betel nut, nutmeg, nut gall, wild turmeric, edible camphor and cardamom stored in a special compartmentalized container. After a sumptuous meal, especially when guests visit, the different ingredients are folded in a fresh betel leaf to form the triangular shape for a tasty snack. This is normally followed with interesting discussions, listening to traditional music before retiring to bed.

The betel leaves from Kumbakonam in South India are very popular for their unique variety. They are small in size and heart shaped, with a hot and pungent smell.

We understand from scriptures that lord Krishna used to consume thamboolam during his era.

Some scriptures describe Lord Shiva with a beautiful face and red lips stained by thamboolam.

Lots of importance is given to the betel leaf in auspicious functions and ceremony.

Certain sects of people place thamboolam in the mouth of the dead person as his final opportunity for worldly pleasure.

It is said that donating thamboolam can make you a ruler of a nation. This is probably the reason why a number of our prominent personalities chew thamboolam, though I am not certain if they ever donate.

Moreover, it is explained in auyervedic texts how to chew a thaboolam. The first and the second saliva that comes out of chewing has to be spit, the third, fourth and fifth should be taken in. The rest has to be spit to ensure that you don’t suffer from acidity and other effects. You can now understand why, in India, it is simply a custom to spit on roads.

There is a proverb in Tamil that literally translates as ‘who offered thamboolam to this bat?’ as tribute to an uninvited guest. Thus, the thamboolam has become a symbol of culture and has significance in our lives.

I keep it simple with my children, and say that thamboolam aids digestion.