My Friend the Gulmohar Tree 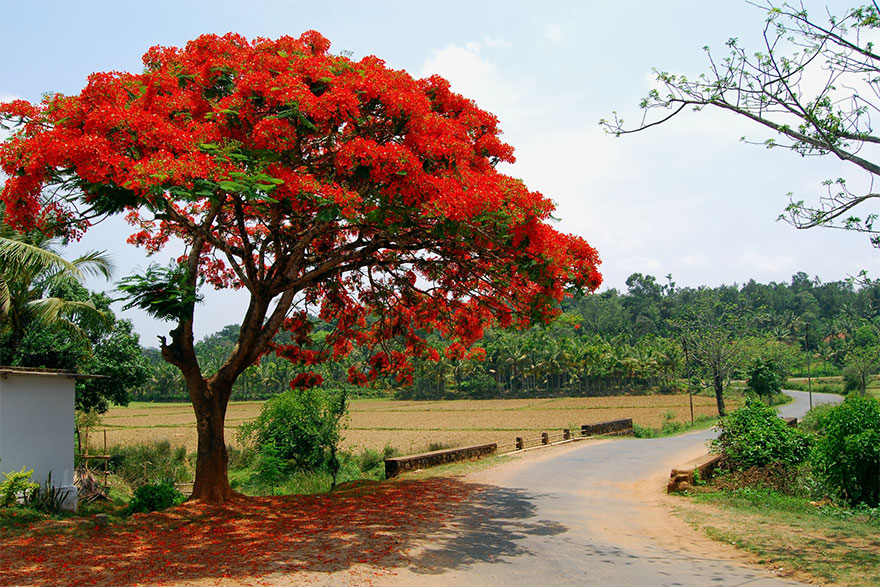 There use to be a Gulmohar Tree in a street silently watching all the activities of the people surrounded by it., whose branches use to reach all through the balcony of my room. Women of four houses in the street were always after this tree, they were fed up of leaves, the tree used to shed. When ever and who ever feel like, they used cut its branches.

I am married in a large joint family. Due to some marital problems, I was always felt isolated and lonely in the middle of crowed. There are times when I really wanted to share something but no one to share. May be because of my loneliness, I started talking to GOD, I started feeling for this Gulmohar Tree. Whenever these women used to cut its branches I really used to feel bad, I used to touch its branches with cold green tiny leaves , I almost started to talk to this tree and share my feelings. After four years of my marriage, my husband left for abroad, this made me totally sad and loneliest. I used to stand in the balcony touching its branches and watching kids playing in the street, understanding their psychology how they understand each other without using any language.

Once one of my uncle-in-laws, who was also a resident of this street wanted to demolish their house and wanted to construct a huge building on the site. But the problem was they wanted to cut off this Gulmohar Tree totally. I tried to convene them not to cut the tree at the level a daughter-in-law can do. But nothing worked, everything was arranged to cut the tree and start the construction. Labour and material started coming on the site. The day came when to construction was about to start, but before that my friend Gulmohar Tree was supposed to get cut off. In the morning before I leave for my job, I touched its leaves again, and prayed GOD to some how save this tree. In the evening while back home, I started thinking about my tree, will I be able to see it or they might have already chopped it? I was very sad and worried of the horrible scene of the tree into pieces.

As I entered the street I was so excited and happy to see my friend Gulmohar tree standing intact, without any scratch. The reason behind it was, as tree cutters arrived, someone anonymously called a Stay Order against the construction. Though I was sad about my uncle’s house had been stopped from construction, I was happy for the tree.

After seven years I joined my husband abroad, I felt the same pain for this tree as I felt for other members of my family when I was leaving. I visited India after three years I was so busy meeting relatives and attending a marriage, though this tree was in my head I didn’t had time to touch it, always it was dark and don’t wanted to disturb it. But the night before I was getting ready to go back, I felt the branches are touching me, I stopped and touched its branches. After I came back abroad, I heard the news that suddenly the tree uprooted and fallen over the balcony where I usually used to stand and the house where it was supposed to be a new construction never happened. LOVE TREES. 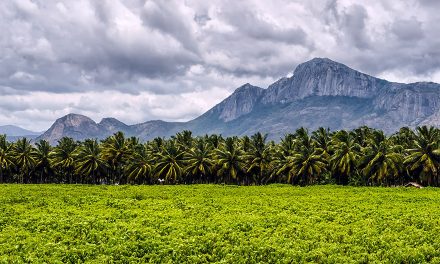