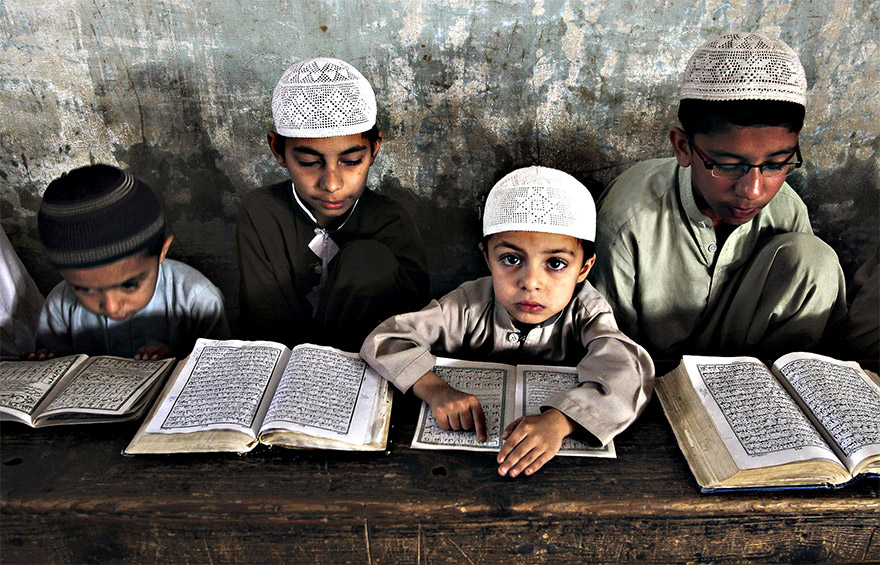 Located in the outskirts of Agra city, Moin-ul-Islam madrassa is the only Islamic educational institution in the country, where girls and boys of both Hindu and Muslim community are taught Sanskrit and Arabic languages.

Nearly nine kilometers away from heart of city in Deoretha-I area, the madrassa which promotes co-education system, has more than 400 students, of which nearly 150 are Hindus, who are fluent in reading and writing Arabic, Urdu, Hindi, English and Sanskrit. The madrassa has classes from I to VIII, in which students are also taught computer, mathematics, science and social studies.

Speaking to TOI, principal of the madrassa Maulana Uzair Alam said, “We introduced the subject Sanskrit last month after consulting to religious scholars and others. The idea behind the initiative, was to embed wholesome knowledge, ethics and tolerant approach in life.”

“This madrassa which was opened in 1926, started admitting Hindu children since 2005. Over here, our students not only learn Arabic and Sanskrit to understand the two religion, but also to outsmart the students in terms of knowledge. After VIII these students who mostly belong to underprivileged class take admission in other private and government schools for further studies,” he said.

At present the subject Sanskrit is being taught by three teachers including one retired school principal belonging from Hindu community.

Talking to TOI, Mustak Hashmi, who teaches Sanskrit to junior level students of VI to VIII said, “In a week we take two- three classes of Sanskrit and teach them basics. In our endeavor to unity society through knowledge of Sanskrit and Arabic, we are being assisted by Bhupinder Singh Parihar, former principal of Shiv Prasad inter college.”

During Q&A with students, Usha a junior grade student said, “I feel mathematics more difficult to understand rather than Arabic, Sanskrit or English.

As per school records, more than 60% of students are Hindus studying in classes VI to VIII, while nearly 40% are in primary class.