The Power of the Gayatri Mantra

The Gayatri Mantra is considered the most sacred of all mantras in Sanaatana Dharma (Vedic Hindu religion). Lord Krishna says in the Bhagavad Gita that among all the mantras, He is the Gayatri. The Gayatri Mantra originates from the Rig Veda – the most ancient of Indian scriptures and the Mantra’s power was revealed to Brahmarishi Vishwamitra.

It is known as Gayatri as it is set on the Vedic meter called ‘Gayatri’. It is made of three lines with eight syllables in each totalling twenty four syllables. It is also called ‘Savitri Mantra’ as it invokes ‘Savitr’ – a Vedic God who is often linked to the Sun God ‘Surya’.The Gayatri Mantra is unique in that it is a praise to God, a spiritual practice, and a prayer – all 3 rolled into one. It goes as follows.

Basically, the meaning of the Mantra is “We behold the illuminating radiance of the Sun God (i.e., Savita). May He inspire our minds and lead us onto the righteous path”.

The first part of this mantra is a praise to the Almighty who created the three worlds – the earth, the astral world and the heavens respectively – and who is that divine force that created everything and worthy of our admiration. The second part is a yogic practice which requests the Almighty who is the brilliant destroyer of sins to descend and grace our minds to remove our sins. The third part is a prayer to Gayatri Devi to enlighten our minds and raise our intellects to the highest levels possible towards righteousness or Dharma.

This mantra, when chanted after knowing the meaning, makes the aspirant access the whole cosmos in a few syllables, draws the aspirant’s minds first outwards to the three major worlds, and then after the consciousness expands from dullness, it brings us back inwards with a spiral energy flow requesting the divine to burn the darkness in the aspirant’s brains and then elevate the aspirant’s consciousness outward again to the highest level possible – now as an individual soul more integrated with the Divine spirit present everywhere.

Only twenty four sages since creation have been credited to have understood the essence of Vedas and obtained the grace of Gayatri Devi. Sage Vishwamitra was the first and Sage Yagynavalkya was the last.

The perseverance and austere Tapas (penance) of Sage Vishwamitra are world recognized. As per the Indian epic “Ramayana”, He achieved in a single birth what was considered an impossibility – a warrior class person elevating to the higher Priest class by austerity and selflessness alone. Sage Vishwamitra was able to form a new heaven and new stars with constellations in the sky through the power of the Gayatri mantra. He also imparted various spiritual lessons and secret weapons to Lord Rama which was to help Sri Rama in his wars later for reinstating righteousness (Dharma).

The Buddha pays homage to Sage Vishwamitra as one of the Saptrarishis (7 Highest Sages) who understood the Vedas and their messages. More recently, the author Hemad Pant also pays his respects to all Brahmarishis and Maharishis to bless the Sai Satcharita – which is the primary biography of Sri Shirdi Sai Baba’s holy life (Sage Vishwamitra is among those in his list).

Gayatri Devi – the Goddess personifying the Gayatri Mantra, is the essence of everything i.e., Brahman -the Universal Spirit. She is depicted with five faces and is the equivalent of the Hindu Trinity of Gods – Brahma, Vishnu and Siva. She is also worshipped as the unified form of Durga, Lakshmi and Saraswati – the Goddesses who are consorts of the Trinity of Gods. It is well accepted for thousands of years that Gayatri Devi removes sufferings and adversity of whoever prays to Her and She motivates that devotee gradually towards the path of righteous wisdom. 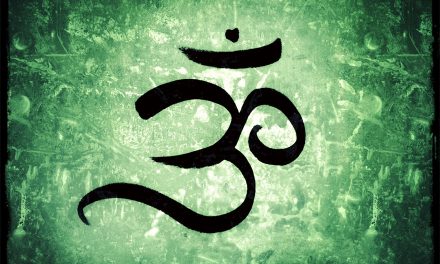