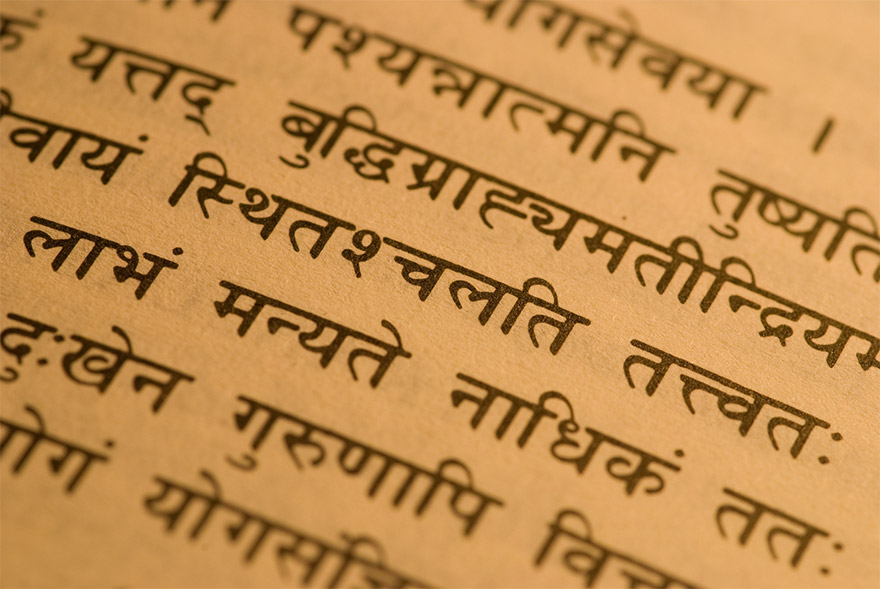 Sanskrit, if it is the original language since the creation, is also the source of world literature. Laura Elizabeth Poor observes in her book, Sanskrit and Its Kindred Literature-Studies in Comparative Mythology, “I propose to write about the literature of different nations and different centuries. I wish to show that this literature is not many but one; that the same leading ideas have arisen at epochs apparently separated from each other; that each nation however isolated it may seem, is, in reality, a link in the great chain of development of the human mind; in other words to show the unity and continuity of literature…”

“The histories of Phoenicians, Cartheginians, Romans or Greeks, were so many detached pieces of information…But the moment the mind realizes…that one nation is connected with all others, its history becomes delightful and inspiring…And it is to the Sanskrit language that we owe this entire change…Sanskrit was a spoken language at the of Solomon, 1015 B.C., also of Alexander, 324 B.C.”

In this same line of thought, it has been determined that the Sanskrit Rig-Veda is the oldest piece of literature in the world. Reverend Morris Philip, in his book The Teaching of the Vedas (p.213), concludes, “After the latest researches into the history and chronology of the book of Old Testament, we may safely now call the Rigveda as the oldest book not only of the Indian community, but of the whole world.”

A.A.Macdonell provides a few more details in his book, India’s Past, about how various literature in the world are all connected. In fact, he explains that many of the world’s fairy tales come from India. “The history of how India’s fairy tales and fables migrated from one country to another to nearly all the people of Europe and Asia, and even to African tribes from their original home in India, borders on the marvellous. It is not a case of single stories finding their way by word of mouth…from India to other countries, but of whole Indian books becoming through the medium of translations the common property of the world…many fairy tales current among the various people can be traced to their original home in India.”

When we begin to compare the ancient legends and stories of one country with another, and one time period with another, we can recognize how similar and yet different they are. The conclusion is that they had to have come from one basic source, one people that later became divided and spread out over a wide area. Each part of this society must have brought with them into the new lands their old legends that were once common to all. Many of these stories were later shaped and altered according to the place they lived, and the natural aesthetic and artistic preferences they acquired, while the primary legends have been the most likely to maintain their storyline. Though various mythologies may have similarities, the most common traits can be seen between any of them and the Vedic traditions. These kinds of similarities between these myths and the Vedic legends makes it clear that the Vedic tradition is the original from which all others are derived.

An example of this is the Indian classic Ramayana, from India the Ramayana has travelled to many other countries who now claims their own versions of the epic. Indonesia, Malaysia, Thailand, even Jamaica and Africa have versions of the Ramayana that have slight differences from the Indian Ramayana. Thus we can see how this early Sanskrit literature travelled throughout the world and became local versions of what originated in India. The next section further corroborates this point.

The Science of Upanishads – Conclusion