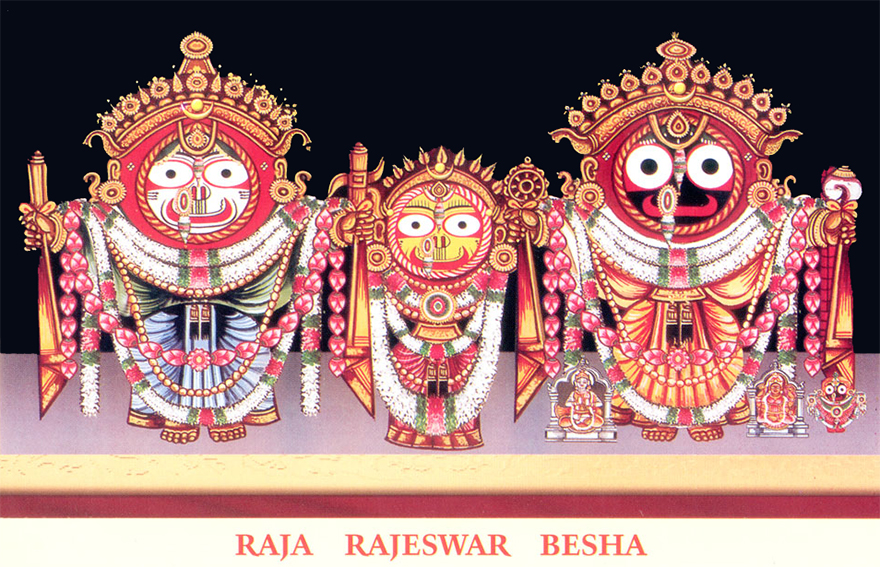 Prabhupada: “Everyone engaged in some particular department, he must improve and… Then things will go on nice(ly). – Room Conversation – April 22, 1977, Bombay

It was during this time that Jayananda prabhu went out of his way to inform me about the various things he wanted improved on the carts. He was particularly dissatisfied with the canopy lifting mechanism especially after the colossal failure the night before the parade. The also required a 2X4 to prop each stage up so the center pole could be let down where pins were then put in at a lower point to crank it to the next section. It was both clumsy and dangerous and he knew there had to be a better way to lift the canopy safely.

The other thing Jayananda prabhu was unsatisfied with was the braking mechanism. He confided in me that although he provided what he called brakes on the NY carts they really didn’t work. He said they were made to look very effective to appease the regulating authorities but he confessed that they were completely inadequate to stop the cart.

What he had done was weld a 4ft pipe on the existing brake lever with the idea that a strong 200lb brahmachari would throw all his weight against it when we wanted the stop the cart. However a short study in simple physics easily explains how this impressive looking system could not possibly bring the Rath to a halt.

Yes, 200lbs hanging on the end of a 4ft lever might seem like a lot of force, but we also have to consider the force on the other side of the equation. That consisted of the entire Rath cart which had a conservative weight of about 2500lbs. However it was also reasonable to assume that the upper deck of the cart would carry a dozen or so well fed dignitaries which meant the opposing counter force could be as much as twenty times what the brakes could handle! “Sure we got brakes officer… just look at that big strong man in the back. When he pulls on that four foot lever it expands the brake calipers and the cart stops!” Hare Krishna! (But my name isn’t Yudhisthira!)

Jayananda prabhu reassured me that the way he figured out how to actually keep the cart from rolling out of control was to tie another set of ropes to the back axle. Then, with the help of 2nd team of devotees using those ropes, they could slow the cart down or stop it when they were instructed to do so. It troubled Jayananda prabhu that these two things in particular had still not been resolved to his satisfaction. I promised him I would do all I could to make the improvements we discussed.

One day Jayananda prabhu said he wanted to walk me through the entire process of how to build a Ratha-yatra cart from scratch. Somehow I knew that was a very special benediction so I got my tape recorder and to this day I have the recording of those special moments. During that 45 minute exchange one can hear Jayananda prabhu explaining how to select an axle, how to frame the chariot, and design large steel wheel properly as well as numerous other petty details related to building a Rath cart. 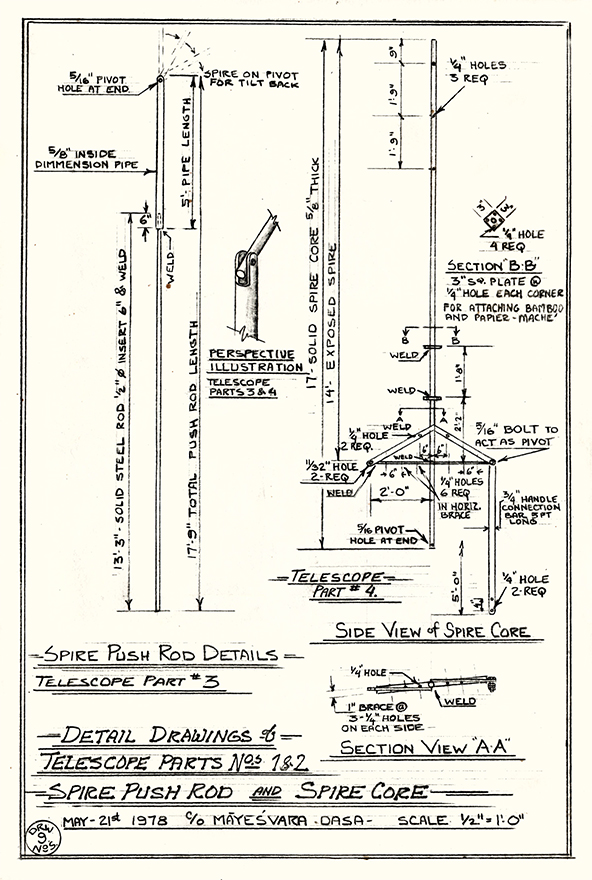 I apologize for the poor quality of these images but I am actually fortunate to still have them in decent enough shape to even share them as they are here. This one is the engineering drawing for cart auto tilting spire apparatus. 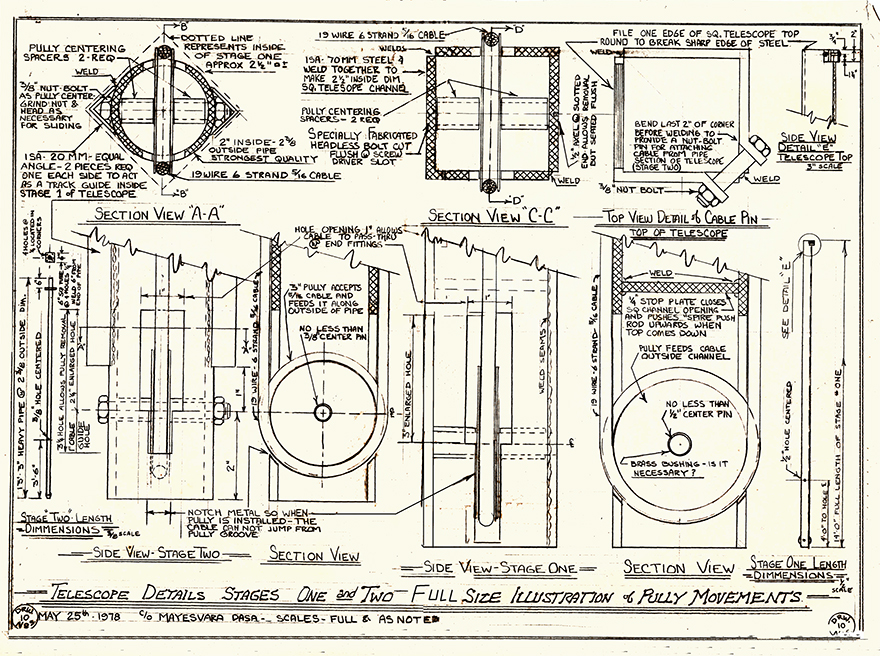 This drawing shows the cross sections of how the cables pass thru the telescoping system I affectionately referred to as the “20th Century Ratha-yatra Telescope.” This technique was used on the 1978 Calcutta Ratha-yatra chariot and every cart I contributed to since then as explained in Episode 6 of this story. 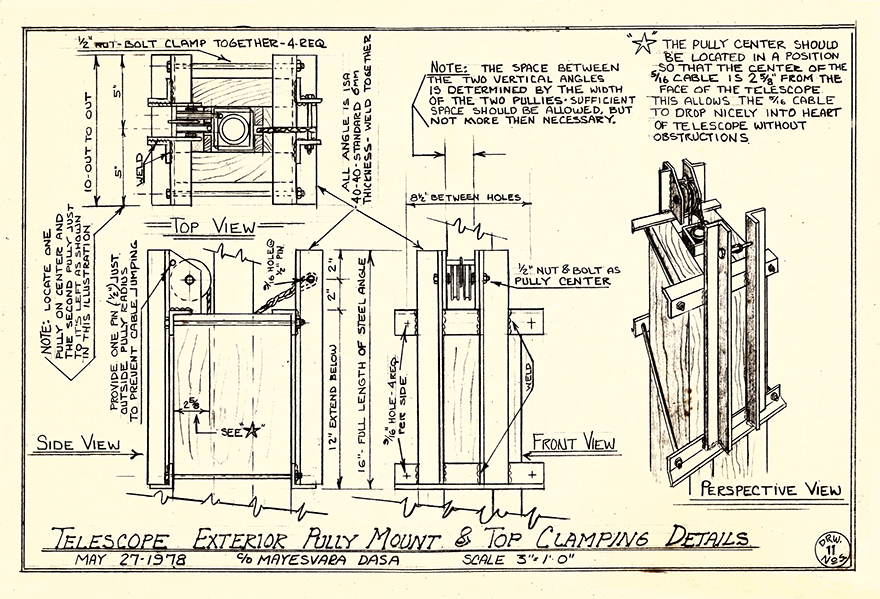 This drawing details out the reinforcements required at the top of the telescope so it doesn’t fail when the inner portions are extended out 2ft up to the base of the top kalash.

Untold Stories of the Ramayana: The Killing of Mahi Ravana