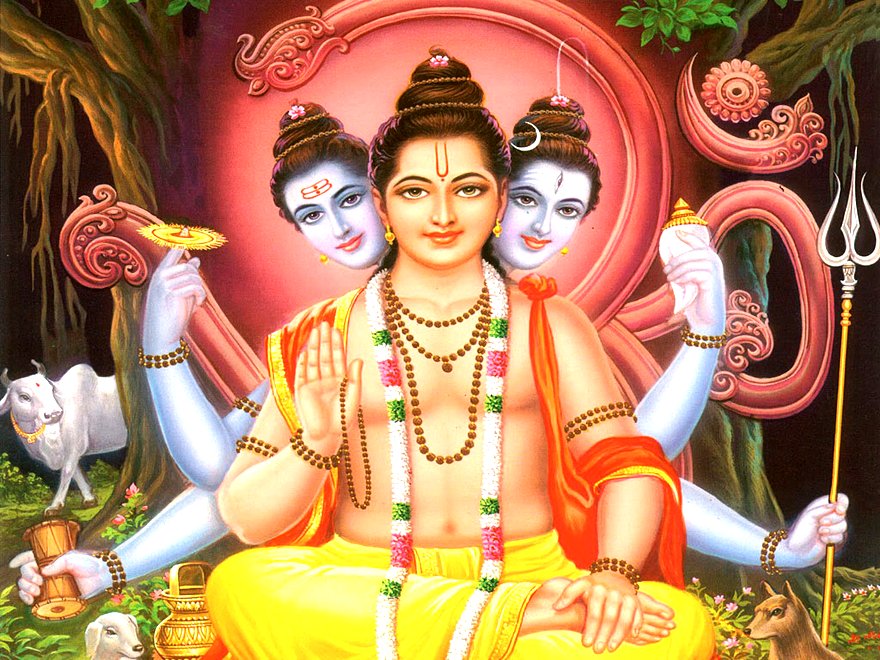 Dattatreya is a saint well known in Puranas. He was the son of Anasuya and Maharshi Atri. The name ‘Dattaterya’ can be divided into two words- ‘Datta’ and ‘Atreya’, where the former means given(by Vishnu) and the latter refers to Sage Atri, His father. He is considered to be the incarnation of the Trinity- Brahma, Vishnu and Siva – a Trimurti Avatar.

There are many stories related to the birth of Dattatreya. Dattatreya is said to be born in Mahur, Maharashtra. One story says that the Goddesses Saraswathi, Lakshmi and Parvati wanted to test the chastity of Anasuya, who was reputed to be the epitome of chastity. So, they sent their husbands Brahma, Vishnu and Siva, who asked Anasuya to serve them food in her nude form.

Anasuya made the Trinity take the forms of small babies and then fed them with no clothes on her body. It is said that Maharshi Atri, seeing this, invoked the spiritual powers and transformed the three babies into a three-headed baby, who was named Dattatreya.

Another story says that Dattatyreya was born of triplets as a result of immaculate conception. Later on, they were born as one baby to Atri and Anasuya. 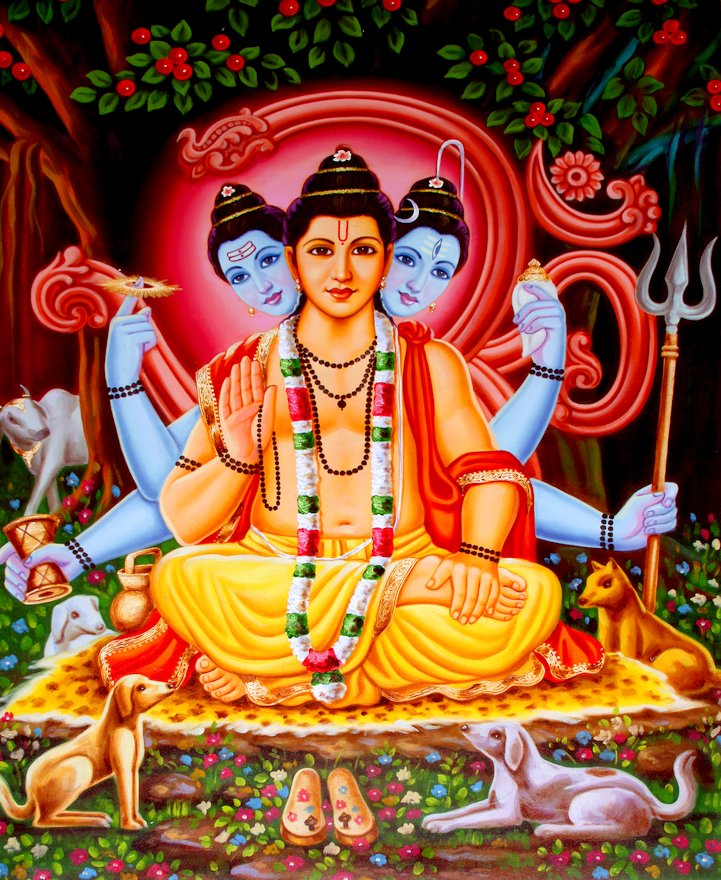 Lord Dattatreya is represented as having three faces, one of Lord Brahma, the second of Lord Vishnu and the third of Lord Siva. He has six hands. The three right hands hold a trident, a rosary and a lotus flower whereas the three left hands have s discuss, a conch and a water pot. The three heads from the same trunk signify the powers of creation, preservation and destruction. It signifies the intimate unity of everything.

The four dogs in the Dattatreya iconography represent the four Vedas. The cow that is seen in the picture is Mother Earth, who has taken refuge in Dattaterya. Mother Earth is supposed to be under His protection. Various sects of believers worship Dattatreya differently. In the Nath tradition, Dattatreya is recognized as the incarnation of Siva and as the Aadi Guru of the Adinath Sampradaya of the Naths. He has also been adopted by the Vaishnavaites and worshipped by them. 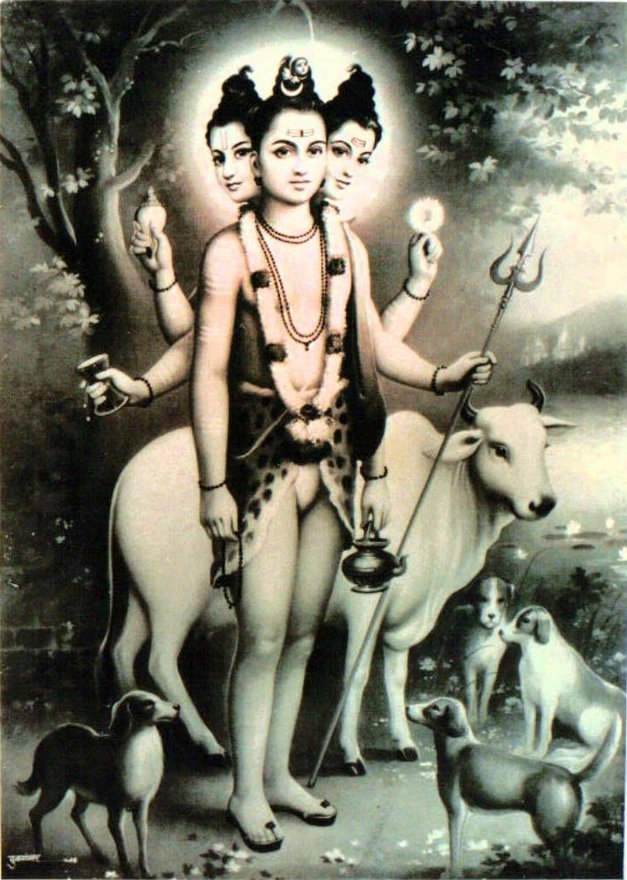 Dattatreya, in the eleventh book of Srimad Bhagavatha, tells during his conversation with King Yadu, that he is a student of the Earth, ocean, fire, air, space, sun, moon, honey bees, fish, vultures etc.

Since ancient times Dattatreya is considered to be the presiding deity for the path of yoga. The seekers of Truth are initiated by the grace of Dattatreya who remains invisible and hidden.