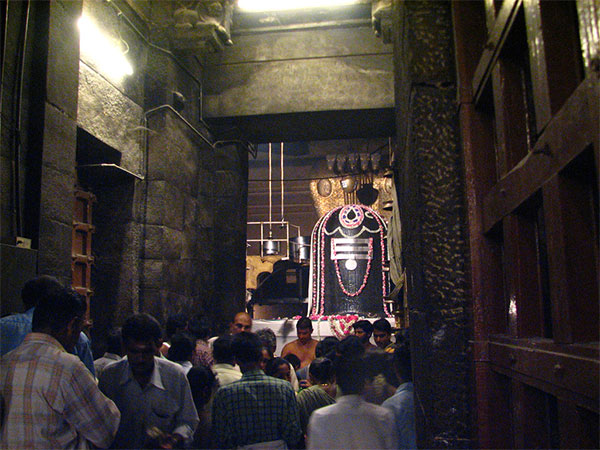 The Shivaratri fast is considered to be the most important fast for the devotees of Lord Shiva. Shiva Purana goes on to say that if a devotee observes Shivaratri Vrata with sincerity, pure devotion and love he is blessed with the divine grace of Lord Shiva. Every year devotees observe Maha Shivaratri fast with devotion and sincerity. Though many go on a diet of fruits and milk, some do not consume even a drop of water all through the day and night of the Shivaratri festival. 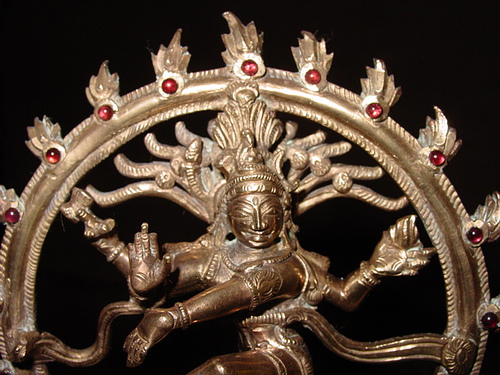 According to Hindu mythology, observance of mahashivratri vrat with discipline helps a devotee to control the two great natural forces that afflict man, rajas guna (the quality of passionate activity) and tamas guna (the quality of ignorance). When a devotee spends an entire day at the feet of the Lord and worships with sincerity, his mind is controlled and evils like lust, anger and greed (born of rajas) are subdued. When a devotee observes a waking vigil throughout the night (jaagran) he conquers the evils of tamas guna as well. It has also been mentioned in the scriptures that when a devotee observes a round of worship every three hours, the Shivaratri Vrata becomes perfect.

Devotees of Lord Shiva consider Shivaratri fast to be extremely auspicious, greater than performing an ashwamedha yagna. Devotees who observe a fast on Shivaratri with sincerity and utter the name of Lord Shiva (om namah shivaya) with perfect devotion are absolved from all sins. Such devotees reach the abode of Lord Shiva and live there happily for all time. Such a devotee is liberated from the cycle of birth and death.

Customs and Traditions of Shivaratri Fast 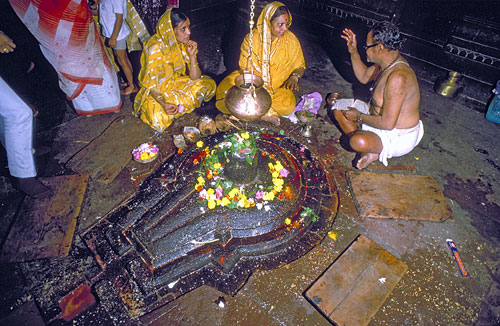 As a tradition, devotees who are on a strict fast on Shivaratri take bath with water that is boiled with black sesame seeds to wash away bodily impurities. After putting on fresh new clothes, a devotee visits the nearest Lord Shiva temple to perform the ritual bathing of the Shiva Linga with milk, honey , etc. While bathing the Lingam a devotee prays, “O Lord! I will bathe Thee with water, milk, etc. Do Thou kindly bathe me with the milk of wisdom. Do Thou kindly wash me of all my sins, so that the fire of worldliness which is scorching me may be put out once and for all.”

Following the sacred bath, the devotee applies haldi-kumkum (turmeric powder) on the lingum and places a garland of white and pink lotus flowers around it. Bel (Bilva) leaves are also placed at top of the Lingum. Aarthi and bhajans in praise of Lord Shiva are sung to invoke his blessings. Devotees also light incense sticks and ring temple bells to invoke the blessing of the soft-hearted Lord Shiva.

It may be noted that unlike most other festivals, where after performing the puja of the deity a feast follows, a Shivratri fast continues all through the day and night. Devotees observe an all night vigil while chanting the mantra, “Om Namah Shivaya” and singing devotional hymns and songs. Even during the night, the Shiva Lings is given a holy bath every three hours. An offering of fruits is also made to the deity. There is also the tradition to listen to the recital of various legends and stories related to Shivaratri and Lord Shiva and to understand their deeper meanings. It is only at the following morning that a devotee breaks the fast by consuming the prasad offered to Lord Shiva.