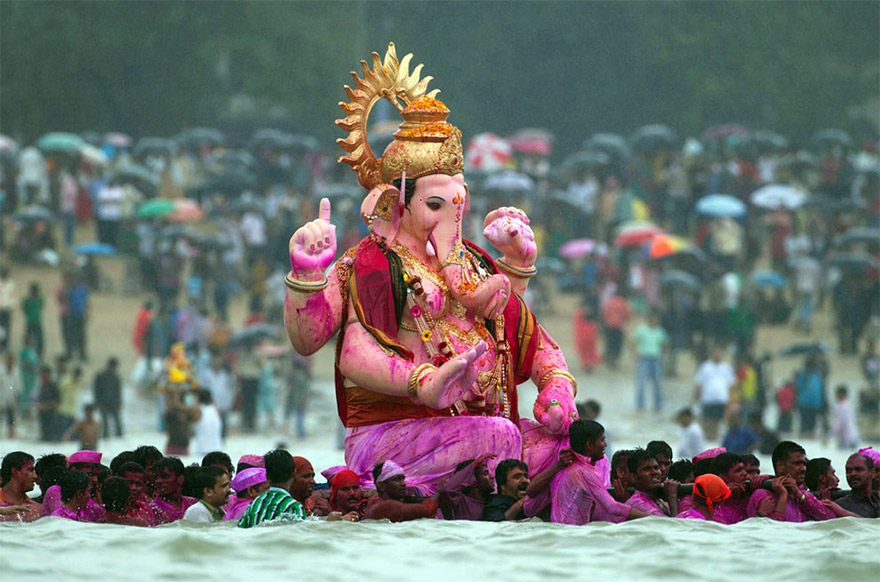 India’s secular principles adopted in the Indian Constitution and followed in all governmental works after independence (with the noble intent of promoting equality of all religions and showing impartiality), has helped minimize communal tensions, but has unknowingly de-linked Gods and ancient wisdom of the ages from the official machinery and decision-making processes (both in government and in workplaces today).

As India continues to follow unsustainable lifestyles and values followed in the developed countries, respect for indigenous virtuous qualities has become lesser and replaced by corporate-inspired measurement yardsticks. Activities of a spiritual nature such as yoga, meditation, silence, fasting, walking, Ayurveda, nature care are getting ignored – if not discouraged, as India assigns excessive weightage to “productive output”, “visual appeal”, “quick action” and “instant benefits”.

Media in the past few decades or so had started creating advertisements, cinemas and other programs using God-inspired themes and characters based on epics – but now in storylines with indecent humour and violence – thereby reducing the exalted respect and love given to Gods for millennia.

Places of worship today have become almost like offices focused on operational efficiencies for conducting functions and for practice of rituals. While these are certainly necessary to maintain our cultural traditions as is, and for people to be in touch with god, realizing God personally is a private experience and needs different nurturing environments altogether. These days Gods do not respond to prayers directly as frequently they used to in centuries before – when Gods actually materialized out of the images in the Sanctum Sanctorum in Hindu temples frequently – to answer to prayers of calling devotees. This has been leading to frustrated devotees who then seek new or sometimes risky solution to their problem.

Today, in this scientifically oriented age, God is linked closely to daily lives through the ‘Navagrahas’ (Nine Planets) – who are believed to be the representatives of Indian Gods and who have been precisely delivering due reward to living beings according to his/her balance of Karma. With computerization, the ways the planetary rays act on the human physique and mind have been known in the past few decades. Thus, the mystical aura of God’s divinity has diminished here, as science from abroad gets nearer daily to ‘recreating’ God’s miracles. Astrological remedies have also become commonplace (and mechanical) these days – to the level of “give these items, do these at these temples and the planets will provide you these results in return”. 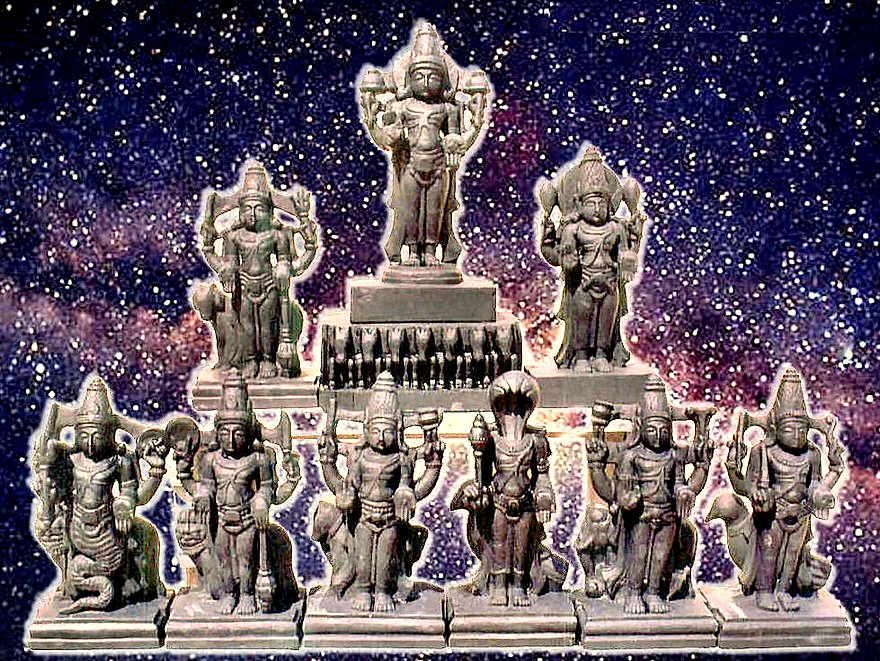 Moreover, each planet has its favorite materials or symbolic items, hence the majority of today’s Indians have become content with remedial measures to set right the ‘defective’ Planets and thus live life at this level – leaving the final purpose of precious human birth – which is to progress upward toward spirituality ignored.

Belief in Karmic consequences is reaching a low at this time – amidst a temptation-filled, fast life. Fear of rebirth into lower creatures or in lower castes or difficult circumstances – as a result of one’s sins – which was an inbuilt “law and order” mechanism for ages – is getting pushed aside by Indians today. Ironically, the average Indian has also turned into a “judge” in downgrading others or “exacting revenge” in his/her personal affairs – which is reported daily by press media.

The mindset of the average citizen has also become partly atheistic – seeing developed countries prospering liberally without even believing in a God – let alone our Indian Gods. This has become pronounced in the last thirty to forty years of globalization. Incidents of Gods rescuing people, averting accidents or of genuine miracles have become rarer these days – thereby making God almost a non-entity in the function and management of today’s ‘real’ world affairs.

The “Rishi Paramparaa” (Sage tradition) has been erased. Rishis were the intermediaries between the commoners and Gods’ world. They guided the kings in all aspects of welfare. They were model householders and model torch-bearers of Vedic rituals and in continuing spiritual wisdom and cultural traditions. With loss of the Rishi connecting layer, today India is polarized into the worldly (Sansari) full of desires and seeking power and material wealth and the mendicant/saint (Sanyaasi) at the other extreme – who live away from worldly matters. 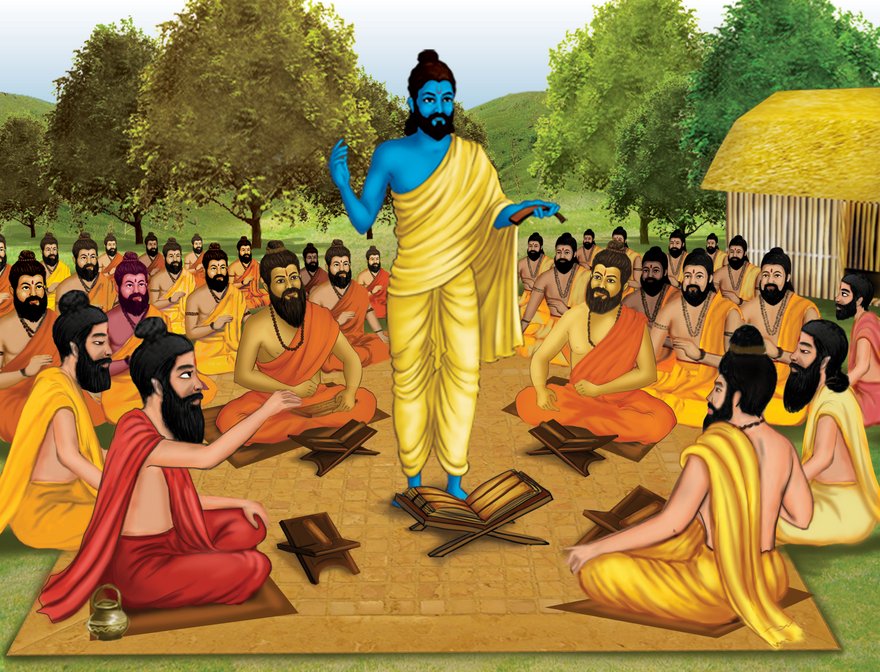 At the best, a few of the reputed pontiffs are given respect for keeping their traditions unchanged. But with these pontiffs unable to influence lifestyle matters much or critical official policy decisions, the wisdom of the ages transmitted through scriptures and spiritual masters is un-utilized in matters of policy and everyday life. Sri Sai Baba of Shirdi was an exceptional saint whose legacy of blessings and presence still continues to give hope to all to this day after a hundred years after His physical death.

As hundreds of animal and plant species become extinct yearly at alarming rates by humans – in the name of modernization – and as excess materialism get rooted in human psyches, humans are already wearing animal or warrior personae – as witnessed in sports teams, business, and horror movies. Thus, the ancient Indian practices and astrological remedies of caring for creatures such as cows, dogs etc. have become less and animals are getting grown mainly for food purposes.

India, once famous for non-violence (‘Ahimsa’) is now atleast 66% non-vegetarian by official statistics and is also the world’s largest beef exporter – implying that animals are no longer sacred or equal members of Indian society – which is a massive culture change! Money accumulation, money multiplication and growth, monetization of everything (transforming all resources, virtuous qualities, even people into a monetary number equivalent) has become the order of the day. The religious values ‘switch’ is off and seems to be put in ‘cold storage’ as soon as people settle in their workplaces.

We can observe today that as humanity has become matured to handle the powers of creation, sustenance and destruction – just like God, the Dark Forces (called ‘Satan’ in Christian traditions or ‘Kali’ (the dominant dark force of the current age of ‘Kaliyuga’ in Indian traditions) – has gained a strong presence in living souls. One main goal of the Anti-Christ (Satan’s commander) is to divert us from listening to our inner voice – from where God has been speaking to us and sustaining us. Fostering spiritual values is a key agenda item that Satan wants to eliminate from the human psyche. The world is fast-becoming a ‘devil’s workshop’ – as professions that are detrimental to the human soul and the Earth – but catering to materialistic satisfaction and entertainment – are encouraged by Satan globally – as burning the source (i.e., the God within and natural resource outside that came from God) is Satan’s goal. People are more and more driven toward unsustainable and aggressive work to cooperate with Satan’s plan.

Going forward, we must change the dominant story in the consumerized world and adopt a story that is more sensitive to the global human and environmental crises and that recognizes Earth as a Living System – and provides other species their rightful places.

We must strive to live simply in our individual lives, honestly with all, compassionate with the poor and other species and reverent towards Mother Nature. We must realize that what we do to others and to Nature we do to ourselves eventually. God is indeed still staging His ‘leelas’ (divine games) through several agencies even today. The laws of Karma still hold good but are getting bundled and manifesting outward as ‘family karma’, ‘area karma’, ‘city karma’ and ‘country karma’. Climate Change is a critical global example of an ‘Earth Karma’ that has borne fruit in the last 2-3 decades and has been dispersed to all globally – regardless of whether they contributed to it or not.

We can re-attempt to experience Our Creator (God) as an ever-present energy moving around everywhere in each and every object of creation – and not merely as icons in a temple, mosque and church. Otherwise we stand to be disappointed that our prayers are not getting heard and fulfilled anymore through God. We must realize that the Gods of all religions and cultures are manifesting each second to us through our common base – our same source of sustenance for all i.e., Mother Earth – and through acts of genuine love, kindness, truth, equality and compassion – qualities that God of all religions represented from the start of Creation till now – and going forward as well. 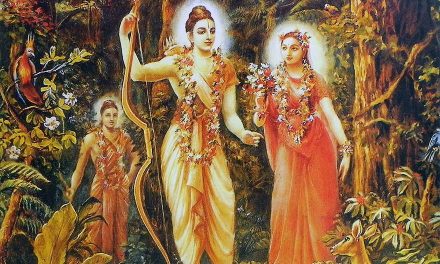