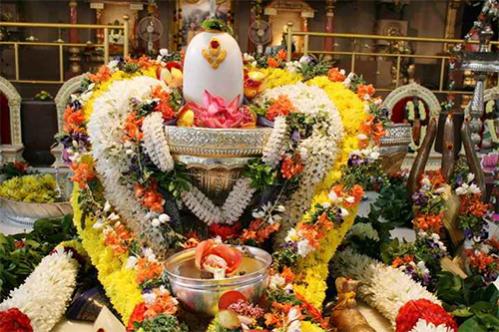 Many Hindu followers fast on Mondays. It is one of the most auspicious days of the week as it is in honour of Lord Shiva, the ascetic God who lives in the mountains of Kailash. There are many rituals and myths associated with this Somvar Vrat as the fast is called in Hindi. But first let us take a look at the right way to fast on Monday.

The Tenets of the Somvar Vrat

Fasting for Lord Shiva is relatively simple. He is not a God who is too enshrined in rituals. The fast must be observed from sunrise to sunset according to Hindu traditions. You are allowed to have fruits, foods made with sabudana and sattu (gram flour).

Rituals of the Monday Fast

The puja on Monday is for both Shiva and his eternal consort Devi Parvati. The couple is seen as the perfect couple by Hindus and are worshiped for marital bliss. On this day, you are supposed to pour a mixture of milk, curd, ghee, honey and gangajal (water from the holy Ganges) on the head of a Shiva Linga. Then bathe the Shiva Linga with water and offer some fruits. After this, the katha or story of Shiva and Parvati is read out.

Some Hindu women fast for 16 Mondays in a row to please Shiva. There are many myths and legends about why this fast is observed. According to some communities, this is the fast that Devi Parvati had kept in order to have Shiva as her husband. That is the reason young girls observe this fast so that they can have a husband like Lord Shiva. In Indian culture, Shiva is seen as the ideal husband because he is very easy to please.

Another story goes that Lord Shiva and Parvati were on their way to the divine city of Amaravati and stopped at a temple to rest. To pass time they started playing a game of dice. Devi Parvati asked the priest of the temple to predict who will be the winner of the game. The priest being a devotee of Lord Shiva named him without a second thought. But in the end, Devi Parvati won and annoyed by the priests impertinence, cursed him to become a leper.

The priest lived a cursed existence until some fairies from heaven told him about the 16 Monday fasts. As Monday is the day of Shiva, the priest did as he was told. After 16 Mondays of fasting, the priest was restored to good health. The story spread far and wide and many people started fasting on Mondays. That is why, this fast is supposed to have very potent results.

Paths are many, the Rishi’s call it by many names

Women as the Representatives of God