The period was around 1504 AD. Raja Krishna Dev Raya of Vidya Nagar (Vijaya Nagar) had invited the greatest exponents of his time to deliberate on Hindu scriptures and the related six systems of philospohy. acharya Hanumant was representing Vishithadvaita of Ramanuja; Acharya Vyastirtha was seated to represent Dvaita of Madhva, of Nimbarka sect was present Keshavabhatta, and Sri Vidyatirtha was to represent Mayavada of Shankara. The fifth seat of Vaishnava sect was vacant, and hence the 25 year-old bright Vallabha was invited to put forward his views.

The debate continued for 27 days with no clear result in sight. The royal hall was full with expectations, the learned pundits and intellectuals were eager to know the outcome of the debate. The debate related to the correctness of philosophy that could explain the nature of Brahman and the path to reach the Lord. Every one put forward his views with force and conviction that left the listeners and the judges in dilemma, as it usually happens. At last, the King, after due consideration and deliberations, declared young Vallabha to be the winner. He was honored with gold and riches, and was honored the most prestigious degree of “Universal Teacher (Jagad-Guru) Sri Vallabhacharya”. Since then he has been known as Acharya Mahaprabhu.

Vallabha was a contemporary of Chaitanya Mahaprabhu of Bengal and both of them dedicated their lives to spreading the bhakti path to realize God. Probably it was the need of the time for the two great souls to come to earth simultaneously. Because of Vallabhacarya’s close relationship to Lord Chaitanya, he is often confused with Sri Caitanya Himself, in part because the Pusti Marga devotees worshipfully call him “Mahaprabhu”, and in part because preserved images of him tend to look similar to Lord Caitanya, with bead bag on his hand.

Under peculiar circumstances, Vallabha was born as a premature child who was left out under a tree, for there were no signs of life in the newly born baby. The day was eleventh day of Chaitra, 1535 according to Vikram Samvat Hindu Calendar, corresponding to the month of April of 1478 AD. Next day the mother, Ellamma, and father, Laxman Bhatta, went to see what happened to the ‘dead’ child but were surprised to see the boy playing and sucking his great toe, well protected by a ring of fire around him! The parents were immensely happy and then Laxman Bhatta recollected the words of Lord Vishnu, who had promised to take birth in his lineage when 100 Soma yajna would be completed — and recently Laxman Bhatta had completed the hundredth Soma Yajna.

It is believed that Vallabha was part incarnation of Lord Vishnu and had taken origin from the glorious face of Sri Krishna. Naturally he had supernatural divine powers and knowledge, which later in his life proved to be useful for establishing the Sampradaya or sect known as Pushti Marg.

According to Acharya Vallabha, the absolute Reality – Parabrahma – is of the nature of saguna and sakar where Ananda or Bliss itself is its form and nature. From toe to face, Brahman is all blissful. According to Acharya, “Brahman” can be perceived in three forms: 1) Jiva, 2) Jagat, and 3) Swagat or Indwelling Self; but in fact all these three aspects are none other than Brahman in its differing manifestations. There is no “Dvaita” or duality in such interpretation. In these three aspects the substratum always is all pervading Parabrahma. It is immanent as Aadhibhautik form in jagat (universe), in its Adhyatmik form it is known as Aksharbrahman, and the term Purushottama is applied when it manifests as Aadhidaivik form of Sri Krishna. Brahman has capacity to express as well as to hide its nature. Thus, out of three qualities of Sat (Existence), Chit (Consciousness), and Ananda (Bliss), Jiva or ordinary soul fails to manifest Ananda and both Ananda and Consciousness are hidden in jada or insentient beings. Full manifestation of all the three expresses the true nature of Brahman. Thus, Brahman is Truth in all its threefold expressions and as such there is no scope to call any of Its manifestation as “illusory” or “mithya “. This is the main basis of “Shuddhadvaita Philosophy” of Vallabha, and also the point to defeat the “Mayavada ” of Shankara.

Based on these realizations, Acharya Vallabha propounded path of Nirguna Bhakti which also came to be known as “Pushti Marga”. According to the scriptures, Jnana, Karma, and Bhakti are threefold means to realize God and Liberation. (Raja Yoga is the fourth path). But according to Acharya Vallabha, in this Kali Yuga these paths of Jnana, Karma, and Bhakti are very difficult to tread. People have lost the means of spiritual practice, and such helpless Jiva have no other scope or alternative but to totally surrender at the holy feet of Sri Hari for its liberation. Shelter and refuge in the name and form of Sri Krishna is the easiest way to reach the Lord and realize its Blissful Grace. This Graceful Devotion with mental surrender to Lord Krishna is called as “Pushti Marga”. To such Jiva who try to reach the Lord with absolute selfless devotion and surrender the Lord grants Grace and vision of His Form.

Vallabhacharya traveled all over India thrice. From north to south and east to west he preached the doctrine of selfless bhakti – para bhakti – as the sole means to seek God. He realized God and had vision of Shri Nathji at Govardhan Parvat in Mathura-Vrindavan. He also had good fortune to witness ‘Rass Leela’ at Vrindavan. Thus, he proved Sri Krishna as the real incarnation of Absolute Brahman and His Leela with the Gopis and Srimati Radha to be true. He lectured on such difficult philosophical complexities in simple language that the masses could understand. These places where he lectured are known as “Baithakji”. From Rameshwaram to Badri-Kedar, and Dwarika to Gangasagar, they are still preserved and visited by thousands of Pushtimargis as places of worship and pilgrimage.

As the practical side of his teachings, Acharya formulated seva or ritual and worship for his followers to undertake at home itself. The fear of Muslim atrocities and unsafe times forced the Acharya to devise such seva of Sri Krishna in the aspect of Vatsalya Bhava of Yashoda. Thus many devotees started worship of various Lila pastimes of child Krishna. From morning to evening, eight lilas of child Krishna were enacted: getting up, taking breakfast, getting ready to go to forest to tend the cows, coming back, taking his meals of milk and butter, taking rest, aarati, and going to sleep.

Vallabhacharya also entrusted his devotees with Brahma Sambhandha – connecting with Brahman – which included initiation with mantra and vows of purity, austerities, surrender, and simplicity. Today the influence of Pushti Marg is seen as the flourishing pilgrimage of thousands of devotees to their temple of Shrinathji at Nathdwara in Rajasthan, near Udaipur. Most Pushti Margis are Gujaratis, scattered all over India. Almost every house comes alive with morning sweetness of singing of the glories of Sri Krishna as a naughty child of Yashoda and Lord of Gopis. 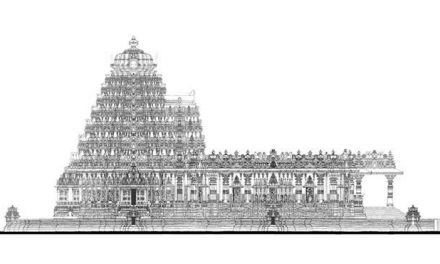