This brief study deals with the topic of the bhutas and their expression of the homogeneity of the human being with Nature, at least in the perspective of the gross manifestation. I have used the classic terms of the Upanisadic Tradition. With quite simple changes in point of view, it would be possible to use the terminology pertaining to any other classical Philosophy. Samkhya, Puranas, tantras, among the several streams of Indian Culture. In each doctrine the description of the pancabhutaschanges, but the concept of the continuum of Nature does not change. The apparent exception, the caturbhutavada of the ancient Buddhist doctrines, has been integrated only by the fifth element in the Tibetan Tradition.

The problem here discussed is, in which manner the five elements [2] produce the human body starting from conception; where the elements originate; and, analogically, how the corpse is destroyed and where the bhutas go after death. When a jiva appears in this world, it rains down from the sky as a potentiality of being. In this condition it leads a vegetative existence, awaiting a body. The description of the pancagnividya in both the Brhadaranyaka and Chandogya Upanisads agree on this point. [3]

Actually, it is evident that the jiva is complete in its own components, at least insomuch as it can be complete in this state of subtle latency. It does not have as yet a body which will enable it to develop a human life. The body is considered as an instrument which will be used by the real being to modify its own condition or destiny. For this reason the jiva, without the body, is obliged to lead a vegetative life. It is so, because in this world the body is the extreme limit of human manifestation.

Borrowing the terminology of the pancakosavada as displayed by the Taittiriya Upanisad, we can express the concept of limit of manifestation, pointing out that it is the last of the five envelopes worn by Atman. This envelope, called annamayakosa, is the body itself. The previously mentioned doctrine of the Taittiriya Upanisad is very useful for our purposes. When we say that jiva has not yet met its body, we mean that Atman, at its present stage, is wearing all the kosas, except the annamayakosa. In this way, maintaining the previous comparison between the pancagnividya of the Brhadaranyaka and the Chandogya Upanisads and the Taittiriya’s doctrine, we can make a connection between the jiva in the vegetative state awaiting the body, and Atman in the pranamayakosa.

It is evident that the body is the achievement of the whole individuality, which allows the actual development of life, as well as the actions, choices, and developing awareness peculiar to that being.

The absence of the body corresponds to the absence of the bhutas: the gross elements constituting the corporeity. In these terms we can infer that the jiva in the examined state, is provided with the other manifested tattvas. Then, where does the body come from? We already know that the body comprises the organic compound of the five elements. From the perspective of the Chandogya and Brhadaranyaka Upanisads, the body cannot proceed from the subtle elements because they are not its direct material causes, but only causes of the bhutas. [4] The solution of this problem is found in the same doctrine of the Taittiriya Upanisad, which defines the body as being composed of food, the annamayakosa. [5] It seems as if the pancabhutas, in order to form the body, ascend nature’s ladder from the mineral, through the vegetal, to the animal realm. The description of this very delicate passage from vegetal to animal is omitted by this Upanisadic statement. How then does the food, i.e., the herbs, become a man? The Prasna Upanisad fills the gap: “Prajapati indeed is the food; from that indeed the semen comes; from that are born these beings.” [6]

There is another point of great importance: annarasamaya from the aforementioned Taittiriya quotation, can be translated not only, as is usual, the essence of food but, instead, tasting the food. If this interpretation is correct, we can once again link this argument to the pancagnividya; the rasa from this point of view indicates how ap, after its fivefold oblation to the fire, comes to be known “by the word human being”. [7]

To review all these concepts, the five elements are the origin of the herbs: the man eats the herbs, and his food “when eaten, becomes divided in three parts: that which is the grossest component becomes excreta: that which is the medium becomes flesh, and that which is the subtlest becomes mind”. [8] “That which is this semen is extracted from all the limbs as their vigour. He holds that self of his in his own self, when he sheds it into his wife, then he procreates it”. [9]

Here we take for granted two topics. The first is the philosophical argument that herbs are not the jiva itself, but only its abode. This argument is discussed extensively in the Brahmasutra Bhasyas. [10] The second one is that the same process of assimilation of the food becomes blood or ovum in the women, as well as semen in the man. This subject is discussed in detail by Ayurvedic texts. [11] These arguments are basic, but they could distract us from the primary points that the author wishes to pursue in this paper.

The body of the new being begins its development with the fusion of the seed and the ovum. “Uniting the semen and the blood, the embryo arises . . . .”; [12] “One night after the union in fertile period, arises a nodule (kalila); after seven nights it changes into a bubble (budbuda); in half a month arises the embryo (pinda) . . . “, [13] and so on. The conclusion of the same khanda is important for our subject. This is because it is stated that the prana “grows well on the food and drink received from the mother, which arrive by means of a cord, in the form of vein”. [14] It is demonstrated, at least in brahmanical thought, that the five elements which are changed successively into food, semen and ovum, constitute the first nodule, the first abode of a new jiva. From this moment the nodule begins to grow, nourished by the food eaten by the mother, that is to say by the five elements that the mother receives from outer ambience. And after his own birth as a human being – as well as other different beings – what does he do? He continues to eat, eating food or, more accurately, the five elements. This is the central reason which the gross body (sthula sarira) composed of the five elements is called annamayakosa. If one does not eat, one is no longer able to replace one’s burned or excreted components and, at last, one dies.

After death the constitutive bhutas of the corpse undergo an analogic process, but in opposite directions. The body’s components return to Nature. [15] Every individual element merges into the general external element. “. . . When the voice of the dead is merged in fire, the smell in the air, the sight in the sun, masses in the moon, hearing in the cardinal points, the body in the earth, the internal akasa in the external akasa, the hair of the body in herbs, the hair of the head in trees, the [female] blood and the [male] seed in water, where is the man?” [16] To answer this question we can state that he is no longer here. He has moved to another more subtle level of Nature, the pranamayakosa. This may take place only after having returned the pancabhutasto the gross level of Nature.

It is evident that the ancient seers of India have demonstrated and described the space-temporal continuum (sarvavapi) with scientific rigour. The bhutas, before the conception of the human being – and not only human ones, are herbs which serve as food for the man. In the last stage the gross body composed by bhutas, becomes food once again: food for the fire of the cremation pyre; or food for the earth, fertilizing the earth and provoking stimulating the growth of herbs; or food for animals; birds, fish, insects etc; becoming the constituents of their organisms.

This recalls to our mind the classical and incontestable example of the satkaryavada: the goldsmith gives to gold the form of rings, armlets and necklaces. These products differ but are identical in their Nature. [17] Gold, in fact, is the space-temporal continuum which sweeps away temporary and local differences. We can, in this way, express how it is possible to have an authentic and genuine contact among living beings. For example, I can see the flower because I have fire (tejas) in my eyes and the flower also contains the fire. The tejas of the sun assists the growth of the flower by means of the sun-rays which reach and nourish it. The flower, with his own tejas recognises and worships the blazing sun, following with respect the sun’s movement in the sky. There is no cessation or gap for the fire between my eyes, the flower, the sun. Moreover I can listen to you because you have ether (akasa) in yourself producing your words, there is ether between us, and I have ether in my ears. There is no cessation of ether between your mouth, the space between us, and my ears. [18]

Nature is, of course, not limited to the gross manifestation. There are several increasingly more subtle levels. Using the same example employed to illustrate the continuum of ether, we can note that with the addition of a rational message to the sound of the voice, the human being is able to express his thought to the outer environment. In this way the thought is received and understood by other human beings. This is possible because there is manas in the person who speaks, manas in the listener, and manas in the space between them. No cessation of manas is between them. Nature is the universal substratum of the Cosmos, [19] and it is in this way the continuum is, and this Indian holistic doctrine of the Prakrti overlaps the concept of Natura naturata in Spinoza’s Philosophy. 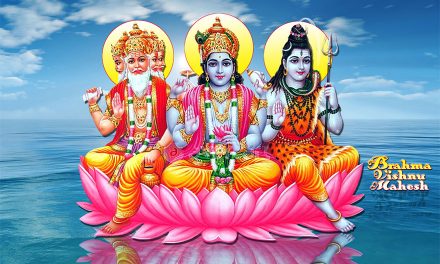 The Narayan Cult in Orissa