Why Women are not Allowed into Shani Shingnapur Temple? 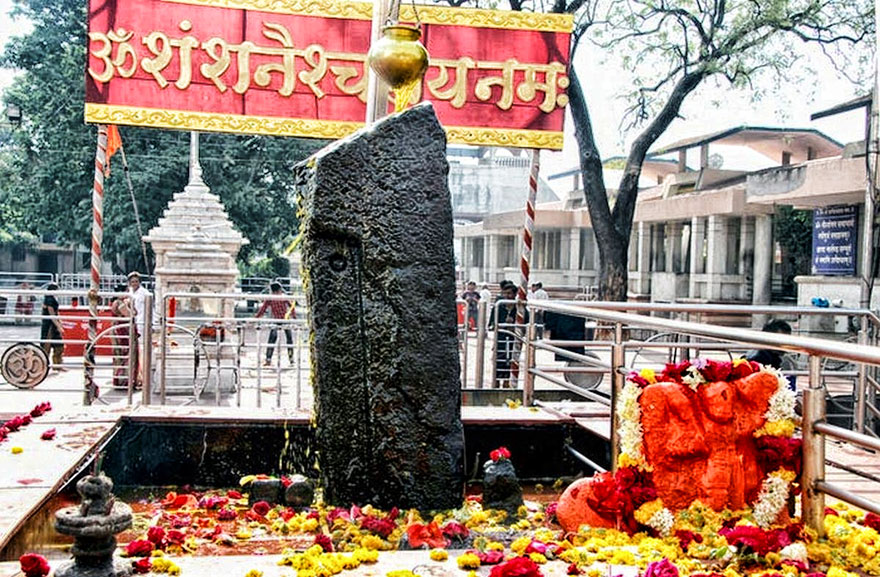 Questioner: Sadhguru, why are women not being allowed into certain temples? For example, now with the Shani temple. Why this discrimination?

Sadhguru: At Linga Bhairavi, men are not allowed to enter the sanctum sanctorum, but they never protest. They are married and domesticated – they have been trained not to protest against anything (laughter).

It needs to be understood that these temples are not places of prayer – they are different types of energies. Since we are aware that the planets in the solar system have an impact upon our physiology, our psychological structure, and the context of our lives, we have created temples for the different planets.

Based on the time and date of your birth, and the latitude and longitude of your place of birth, Indian astrologers make complex calculations to see which planets have the greatest influence on your life. These things are relevant to you to some extent. However, if you have access to inner technology, it will level out these planetary impacts.

Shani or Saturn, which is a faraway planet, takes 30 years to complete one revolution around the sun. Considering the revolutions of Saturn and those of the Earth, and your birth details, they can calculate what impact Saturn has on you at different times of your life.

Shani is one of the sons of Surya, the sun – the other one being Yama. Shani is the lord of dominance, distress, depression, disease, and disaster. Yama is the lord of death – the “D” company. These two are brothers-in-arms, always working in tandem. Their mother, Surya’s wife, is Chaya. Chaya means “shadow.” This is science expressed in a dialectical way. The sun is the source of light for us. His wife is Chaya – shadow. Only because there is sunlight, there is shadow.

The seventh day, Saturday, is the day of Saturn. Seven being Saat, it isSaaturday or Saturday. Saturn is the seventh planet or graha in the Indian astrological system. The word “graha” means “to grasp” or “to impact.” Saturn as per modern astronomy is the sixth planet. But the Indian astrology looked at celestial objects which have a strong impact on life upon this planet. In that context, Sun and Moon are also counted as grahas, not to be understood as planets, making Saturn the seventh graha. 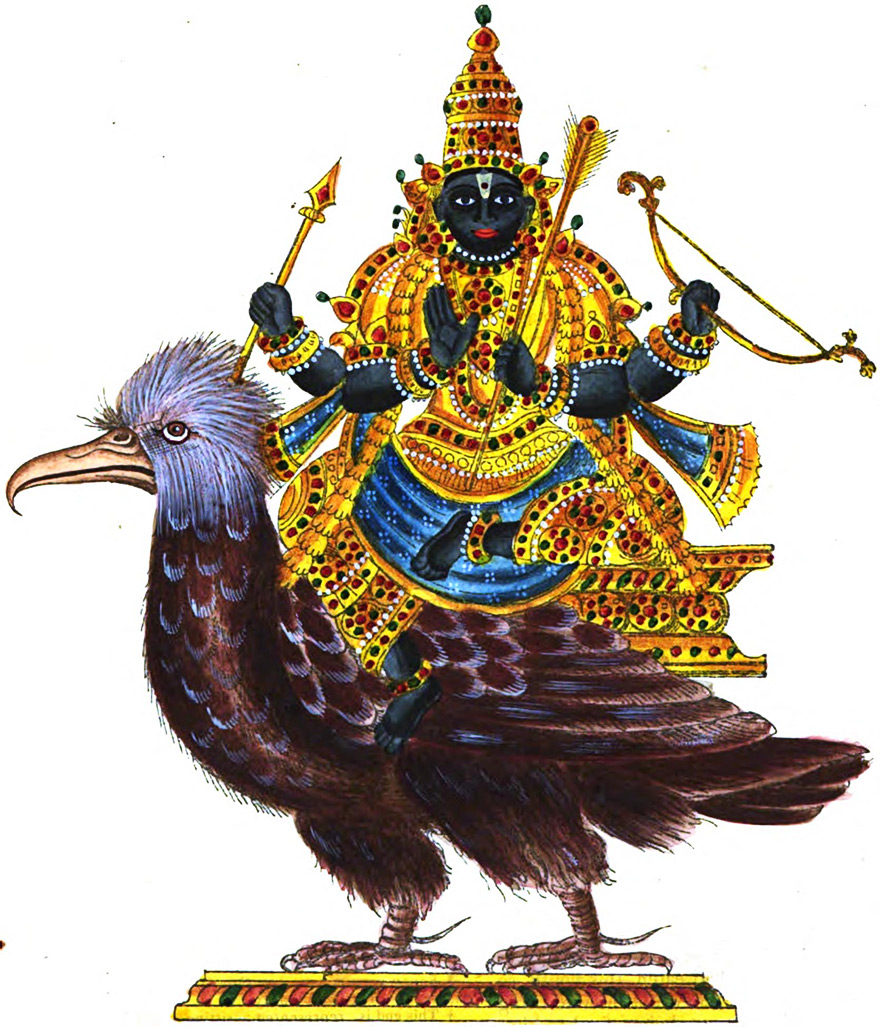 In the order of grahas that have a strong influence upon this planet – Sun, Moon, Mercury, Venus, Mars, Jupiter and Saturn – though Shani is the seventh, he is a very dominant force, as health and happiness give you freedom of life, but disease and depression will seriously dominate your life. The question is are you allowing external forces, such as the celestial objects, to influence or impact you, or is your inner nature the only influence upon you. Hence, in this tradition, profound astrologers refused to make predictions for those who are on the spiritual path or under the influence of a spiritual Guru.

Because his is a 30-year cycle, once in 30 years, you become more susceptible to the influence of Saturn. This phase, known as Saade Saati, or in Tamil,Yelarai Shani, lasts for seven and a half years. You may become more susceptible to disease, depression, disasters, and death, and more vulnerable to external influences. In order to bridge the pits that may occur during a Saade Saati, various processes and rituals are associated with Shani temples.

There are temples for Shani Deva, where Saturn is personified as a god. Currently, there is this controversy about allowing women to enter a certain temple in Maharashtra, the Shani Shingnapur temple. Very powerful processes are conducted at this temple. Shani temples are mainly used for occult purposes and exorcism. People come there mainly to ward off occult influences or because they feel they are possessed. Because occult processes are conducted there, the energies are not conducive for women. As a woman is entrusted with the significant responsibility of manufacturing the next generation, her body is far more receptive and vulnerable to certain types of energies – especially during pregnancy and menstrual cycles.

Should women not enter the sanctum at all? They could if they were appropriately trained for it, but it would be much more difficult to train women than men for this purpose, simply because of a few biological advantages men have in this area of life. In the very nature of female biology, occult forces can have a deeper impact upon her system.

To remove occult influences and perform exorcisms, certain energies are used that are not nice for a woman at all. Shani is not nice. But he is a part of our lives – we have to deal with him too. Because of these occult forces, women are asked not to enter the area where such things are done. It would not be good for their physical wellbeing.

When certain things go wrong with life, you have to deal with them in a certain way, which may not be pleasant. These temples were created for this purpose. Today, some people perceive it as discrimination that women should not enter this space. It is not discrimination but discretion.

Maybe the way it is enforced is crude and seems discriminatory, and that is why these women are protesting. If one day, men protest in front of Linga Bhairavi and want to enter the sanctum, I will lock it. I will not let them into sanctum because it is not designed for men unless they are appropriately trained for it. This is not discrimination – it is necessary discretion. The space of Dhyanalinga, for one half of the lunar cycle, is managed by men; for the other half, it is managed by women – as that is the nature of an inclusive consecration, which Dhyanalinga is. 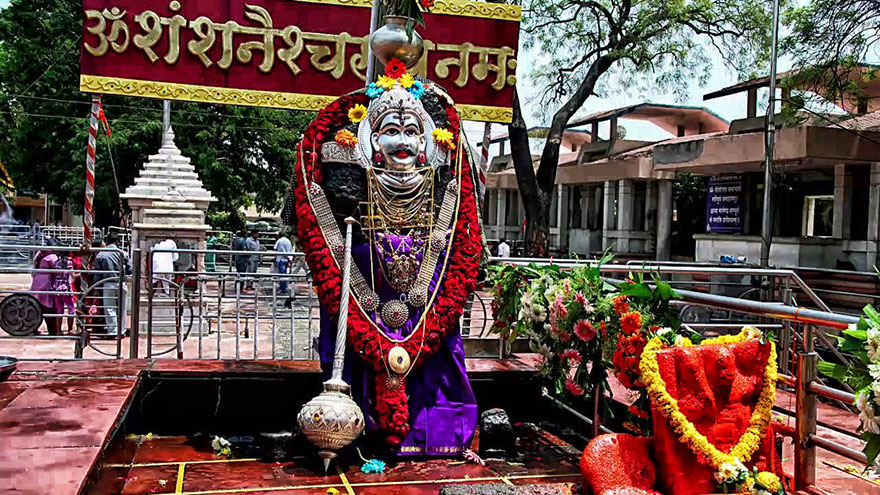 At certain temples, like the Velliangiri hill temple, women are prevented from going up the mountain, as the path goes through dense forest that was rich in wildlife in the past, and it was considered unsafe for women to take this journey. But today, these rules can be relaxed.

In view of the demand to allow women entry to the Shani temple, we need to educate people about the science behind these temples – what they are about and why they were built. In today’s democratic fervor, we want to establish equality, but in certain contexts, this would work to the disadvantage of women. Otherwise, we are one species and two genders. Except for a few areas such as this one, the only places where gender should matter are bathrooms and bedrooms.

Ghee Flows from Deity in Madurai