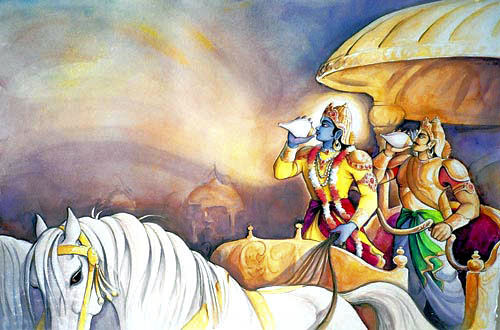 Lord Krishna ascended to His Divine abode at the end of dwapara yuga and immediately kali yuga started in 3102 BC. Krishna lived for over 125 years. He descended on the earth planet in 3228 BC. The Pandavas, after winning the Mahabharata war, ruled for 36 years and 8 months. Accordingly, the date of Mahabharata war comes to 3139 BC.

The kingdom of Hastinapur, after Chemak, was constantly ruled by the people who took over the throne. An ancient book describing the date-wise chronology of all the kings of Hastinapur (Indraprastha or Delhi) from Yudhishthir up to Vikramaditya and was found by the proprietors of the fortnightly magazine of Nathdwara (Rajasthan) called “Harishchandra Chandrika and Mohan Chandrika” in about 1872 AD. Luckily this book was saved from going into the hands of the British, otherwise it would have been instantly destroyed. The proprietor of the magazine printed the entire description in two of its issues (called kiran) 19 and 20 of 1882.

The description is detailed to year-month-days of each and every king who ruled. By adding the total number of years of the four dynasties from Yudhishthir to Vikramaditya, it comes to 3,178 years which is 3141 Kali era or 39 AD, which represents the date when Vikramaditya left this earth planet.

According to the Bhavishya Purana and Rajtarangini, Vikramaditya lived between 102 BC and 15 AD; and according to the above details his period ends by 39 AD. There is only a difference of 24 years in the date-wise record of 70 kings who ruled Hastinapur for 3,085 years. A discrepancy of 24 years in 3,000 years of record could be a copying or printing mistake, and is thus negligible when we are dealing with a longer span of years. In this way the predicted period of the dynasties of Magadha and the historic records of the dynasties of Hastinapur correspond with each other and justify their correctness, and vice versa.

This is only a section of the magazine. It gives full date-wise detail of each and every king who ruled Hastinapur from Yudhishthir up to Vikramaditya. This is one of the rarest records that survived through this magazine.

We have taken the beginning of kali yuga as the fixed point to determine the chronological dates of the events, kings, Divine dignitaries and the important personalities of our history. It is a common understanding that kali yuga started about 5,000 years ago (in round figures) and we never had any problems in the past in accepting this fact. But only after the arrival of the English people in India, all sorts of baseless criticisms started regarding our history and religion that were promoted and fostered by them. We had hundreds of such evidences regarding the date of Mahabharata war and the beginning of kali yuga in our history books that were destroyed by the British, still we have more than enough material to fully establish this fact.
(1) Astrological.

(a) We still follow the ancient astrological tradition. There is a most prestigious, 48 page detailed date-wise journal (panchang) with all the astrological facts and figures called “Vishva Panchangam,” established in 1925 and published by Kashi Hindu Vishvavidyalaya (Benares Hindu University), Varanasi. It gives all the three eras: Kali era, Vikram era and (Shalivahan) Shaka era.

It is as thus:

(b) Another panchang of India called “Shree Saraswati Panchangam” published from Navalgarh, Rajasthan, also gives all the calculations and says that 5,100 years of kaliyuga had already elapsed before 1999.

Thus, the best team of the scholars of astrology all over India give the same figures of 3102 BC and publish it in the panchang (journal) every year.

These astrological journals are run by a group of the most learned astrologers of India, and thus it is mindlessness if any astrologer or scholar unnecessarily tries to argue about their accuracy.

Alberuni. “Alberuni’s India,” first Indian print 1964 (S. Chand & Co., New Delhi) Volume I. In the second part of this book on page 4 Alberuni writes, “…the time which has elapsed since the beginning of kali yuga before our gauge-year, 4132 years, and between the wars of Bharat and our gauge-year there have elapsed 3479 years.” In the Annotations (p. 358) of the same book Alberuni tells about his gauge-year, which is: “A.D. 1031, 25th February, a Thursday.”

There is a difference of 968 years between 1031 AD and 1999 AD. Thus, adding 968 years to 4,132 years comes to 5,100 years, the period that has already elapsed since the beginning of kali yuga and up till today (1999), and this is exactly what is mentioned in the astrological journals of India.

Alberuni also mentions about Vikram era (57 BC) and also the Shalivahan Shaka era which starts 135 years after the Vikram era.

Aryabhatt. The greatest astronomer and mathematician, Aryabhatt, was born in 476 AD. His work in astronomy is an asset to the scholars. He gave an accurate figure for pi as 3.1416. He finished his book “Aryabhattiya” in 499 AD in which he gives the exact year of the beginning of kali yuga. He writes,

There is also the dynastic chronology of Nepal that goes up to the Mahabharata war.

Kali yuga started in 3102 BC., Yudhishthir reigned Hastinapur for 36 years and 8 months, the Mahabharata war happened in 3139 BC. When Bhagwan Krishna left the earth planet and ascended to His Divine abode, immediately kali yuga started and a catastrophic rain, storm and sea deluge, that lasted for seven days, totally drowned and destroyed Dwaraka town. This catastrophe was also recorded in Babylonia’s ancient town Ur (which was mythologized in the West as Noah’s flood) and the ancient Mayan records. The dates of both are the same.

The unbroken chronology of the exact dates of all the Hindu kings of the 4 dynasties that ruled Hastinapur (up to Vikramaditya) since the reign of Yudhishthir is the most potent evidence and it could be easily understood by anyone, wise or dull, so as to believe that Mahabharata war had happened about 5,000 years ago in 3139 BC. 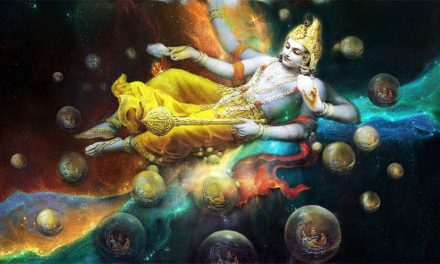 The Science of Ishavasya Upanishad 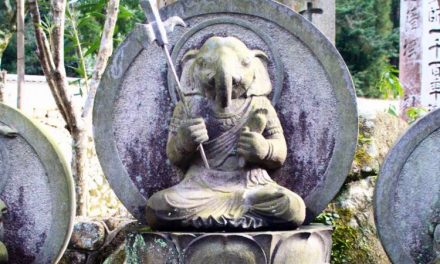