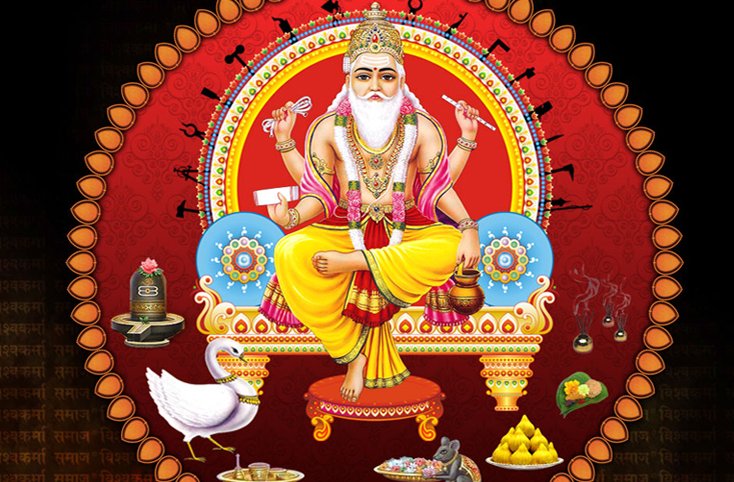 Vishwakarma is the engineer amongst Gods and the presiding deity of all craftsmen and architects in India.

The word Vishwa means world or universe and karma implies deed or action. The name Vishwakarma thereby stands for the builder of the world or universe. As the son of Brahma, he is the divine draftsman of the whole universe. The Mahabharata describes him as the “The lord of the arts, executor of a thousand handicrafts, the carpenter of the gods, the most eminent of artisans, the fashioner of all ornaments and a great and immortal god.”

Vishwakarma is credited with building many architectural wonders, palaces for Gods and several towns throughout the four yugas. The most famous of his designs are:

Satya Yuga: Swarg Lok or heaven, the abode of the gods and demigods under the rule of Lord Indra.

Vishwakarma is the architect who designed Lanka on Lord Shiva’s bequest after his marriage to Parvati. Lord Shiva then invited Ravana to perform the sacred ceremony of “Grihapravesh”, the house warming ritual.

Lord Shiva then asked Ravana what he could offer him for “dakshina” as compensation for his services. Ravana was so overwhelmed with the beauty of the palace that he asked Shiva to give him the Golden Lanka as payment and Lord Shiva had no choice but to oblige with this request.

This Sone ki Lanka became infamous for being the stronghold of Ravana who kept Sita behind its walls as a hostage. 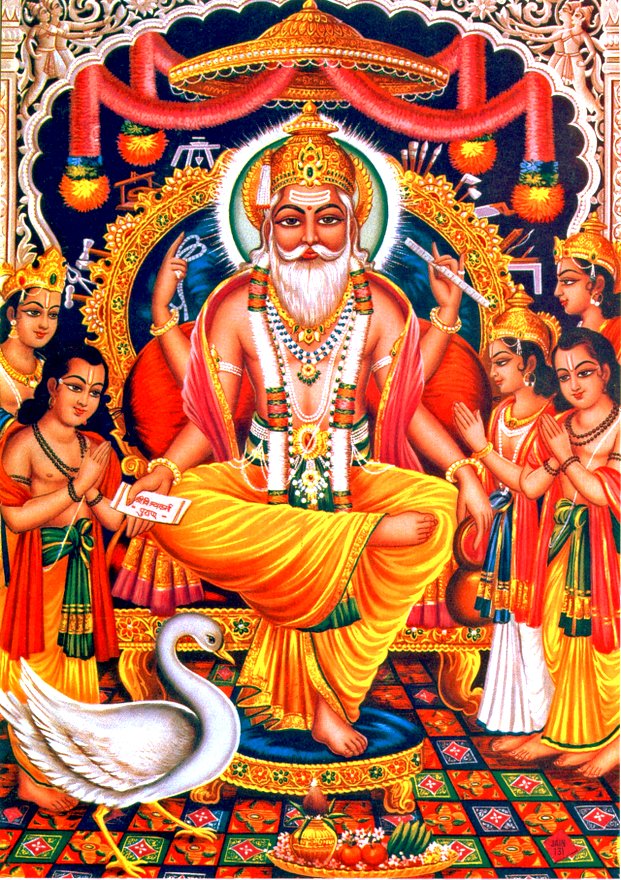 Capital city under the rule of Lord Krishna, this place in northern India has become one of the most holy places for Hindu pilgrims.

Capital city built for Pandavas and Kauravas. Given to Yudhistir by Lord Krishna after the battle of Krukshetra.

Town built for Pandavas, it was well known for its architectural marvels, beauty and reflective illusions. When invited to the palace, Duryodhan, unaware of the illusionary architecture of the palace, fell into a pool of water.

Draupati, who witnessed this scene, mocked him by calling him “the blind son of a blind father”. It is this remark that upset and infuriated Duryodhan so much that it became to be a major cause for the great battle of Kurukshetra.

As the residing deity of machinery and equipments, it is customery to seek the blessing of Vishwakarma before starting any work in places such as factories, shops and even homes. Doing so is said to increase productivity, gain divine inspiration for creating novel products, prevent accidents and untowards incidents.