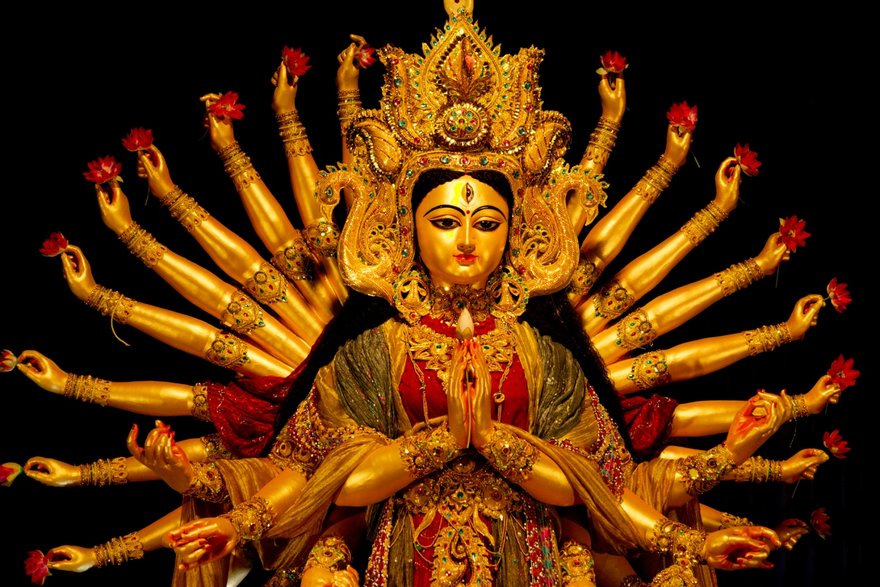 Since ancient Vedic times, India has been regarded by its people as a sacred land, the very land of the Goddess or Divine Mother. The subcontinent geographically is shaped like a woman with Kashmir as her head and Sri Lanka at her feet.

The region holds the mighty Himalayas, the world’s highest mountains, in the north, from which flow what is perhaps of the largest and most fertile group of great rivers in the world. India is the image of Mother Nature at her grandest from the mountains to the sea.

India has defined itself historically not in terms of conquests but in terms of spiritual teachings as a land of Yoga and meditation, which themes pervade its great national epics, the Mahabharata and Ramayana. It has produced the world’s greatest abundance of religious and spiritual paths; form and formless, personal and impersonal, theistic and non-theistic. India has developed its civilization not out of mere human invention or according to any special historical revelation, but from the concept of dharma, a recognition of cosmic law as the prime factor in life. India has remained a land of both nature and the spirit, a land of the Gods and the yogis, not simply a place of human habitation or a ground for worldly progress.

In the Rigveda, the oldest teaching of the region, India is already lauded the land of the great Goddess Sarasvati, who represents Divine knowledge, power and beauty. Sarasvati was the name of the great river in North India, which flowed from beyond the Ambala hills to the Rann of Kachchh in Gujarat, on which Vedic civilization first emerged after the end of the last Ice Age. Sarasvati, however, is not simply the outer river but represents the inner stream of wisdom and inspiration, what was later called the Sushumna or central channel of the subtle body. After the Sarasvati River dried up in a series of geological and climate changes during the third millennium BCE, the civilization of India shifted its center east to the more certain waters of the Ganga, but it never lost contact with its Vedic roots. 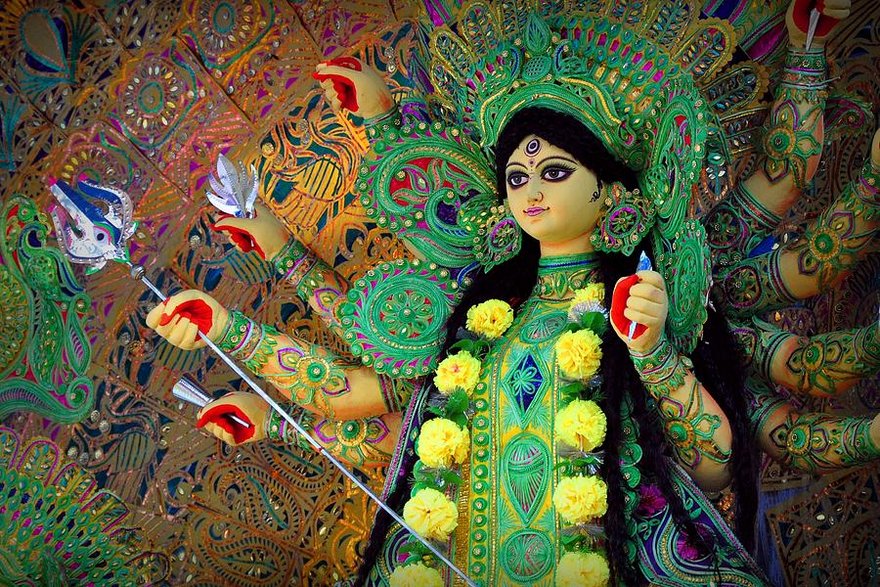 In classical India, Goddess Durga, the martial form of Shiva’s consort, came to symbolize the country, perhaps owing to the need to defend the land from the many outside invaders. It was Goddess Durga who, in a vision of his, gave the great Hindu King Shivaji his sword to resist the oppression of the Moguls under Aurangzeb and restore Hindu rule in the country in the seventeenth century. Durga is the protective form of the Mother Goddess. She saves her children from danger, slaying all the demons (negative forces) outwardly and inwardly that might assail the body and soul. Even today, Hindus worship Mother India in the form of Goddess Durga.

Durga is dressed in red, rides a lion and has a majestic form. She is royal power of the Gods that should be the true ruling power in the world. She represents the defense of Dharma, not an aggressive force of worldly expansion. This, particularly during the current information age, is as much an intellectual and spiritual defense as a military one. For those who wish to understand India and its characteristic civilization, they should examine the image of Goddess Durga. Why has Durga, the image of feminine and maternal power, come to symbolize India? Because India is the land of Shakti, the Divine evolutionary and transformative force, and embodies higher feminine qualities of patience, tolerance and synthesis. It is because India is “karma bhumi”, the land of spiritual work for the soul, which is also the land of the spiritual battle, Kurukshetra, where humanity’s spiritual aspiration is both developed and tested. 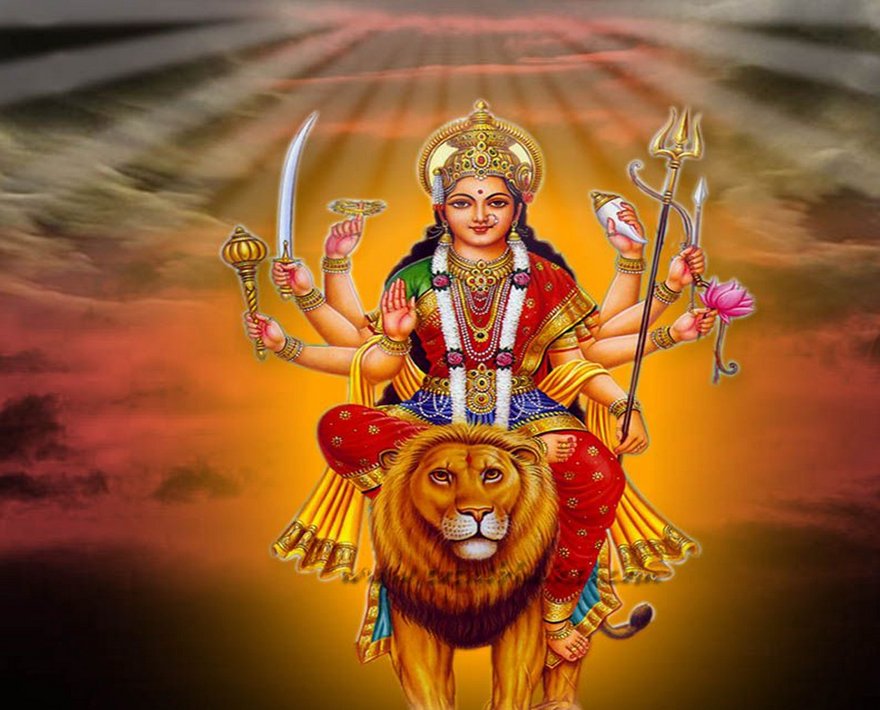 Yet Mother India, “Bharat Mata” in Sanskrit, has many names. She is Bharata Bharati, the solar voice (Bharati) that carries the Divine fire. She is Bharata Bhavani, Mother India as the source of life, in which form the great modern rishi, Sri Aurobindo, lauded her. She is Sita, the Goddess of fertile rivers and fields, humble before the Divine solar light of Rama. She is Parvati, the daughter of the Himalayas, wedded to Shiva, the transcendent. She is Lakshmi, the beauty and fertility that is wedded to Vishnu, the Divine force that sustains life. To understand India, we must first recognize the Goddess that is her personification in different forms.

India as the World Mother

India is like Mother Earth, reflecting her in a tropical abundance and carrying her secret will for the evolution of consciousness. India is like the Divine Mother incarnate holding the world Shakti in order to uplift humanity. She is like the caring cow that the culture has always afforded the highest reverence, providing nourishment for all.

India, in many respects, is the mother of humanity and the mother of civilization, particularly for the spiritual and yogic life. The great dharmic traditions of Hinduism and Buddhism arose through the power of this land, its sages, culture and peoples. These sages have left their imprint on the country by the power of their tapas, their yogic force which one can still feel in the many temples and tirthas of the region, giving the region a palpable spiritual presence.

India has best preserved the type of spiritual civilization that once dominated the ancient world from Egypt to China, Indochina, Peru and Mexico. It continues the ancient traditions of temple worship and carries on the old solar religion of enlightenment and self-realization, linking us to the ancient spiritual humanity from which we digressed. It is not in the deserts of the Middle East, with their few or meager rivers that could not sustain significant populations, where civilization arose but in India, the world’s most fertile subcontinent. 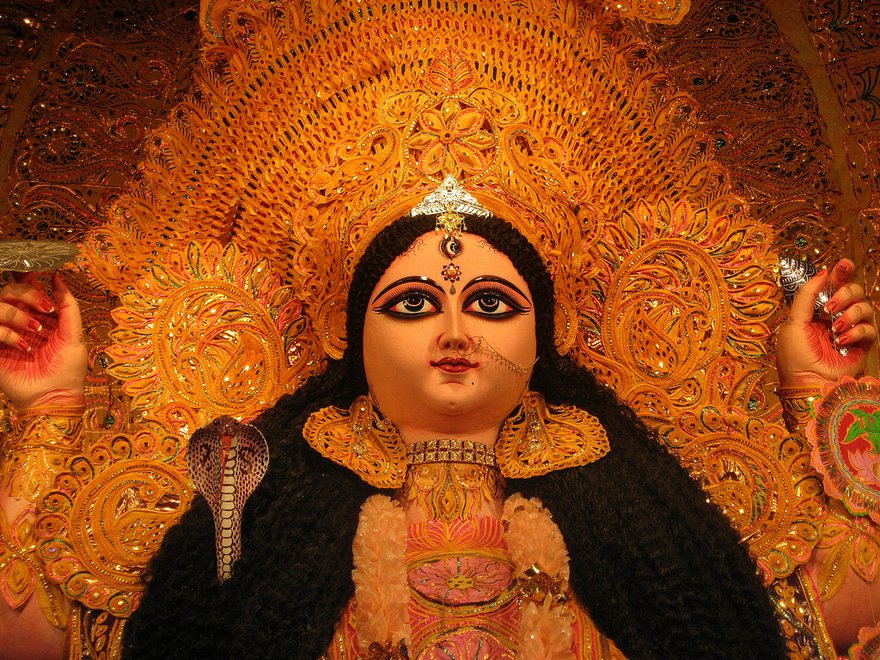 The greater Himalayan Mountains, which ring the plateau of Tibet, mark the crown chakra of the globe. Not surprisingly, the most lofty philosophies and meditation traditions have come from this region. While India has taken the greater portion of the Himalayan Rivers, others flow to Indochina, China and Central Asia carrying the influence of these great mountains and their sages in different directions.

The Divine Mother is the source all evolutionary transformations, of all life and creation itself. It is not we human beings who determine or guide history, progress or evolution. It is not our scientists, politicians, economists or intellectuals who consciously create our destiny as a species or as a planet. We are mere pawns in the hands of forces we that we do not even see. India with its yogic culture holds the key to these transformations, if we would but recognize and honor her cultural potential for all humanity and all time.

There are not only forces that take the evolution of consciousness forward into the higher light of consciousness, but also those that take it backwards into the dark night of materialism and ignorance. Consciousness, moreover, does not develop in a linear but in a spiral fashion; sometimes it descends in order to ascend more surely at a later time.

India today is like the Divine Mother defiled and degraded, both by the inertia of her own people and by foreign enemies who cannot appreciate her spiritual beauty. The land of the country is ecologically devastated and both the common people and the intellectual elite are unaware of their great heritage and don’t know how to use it. 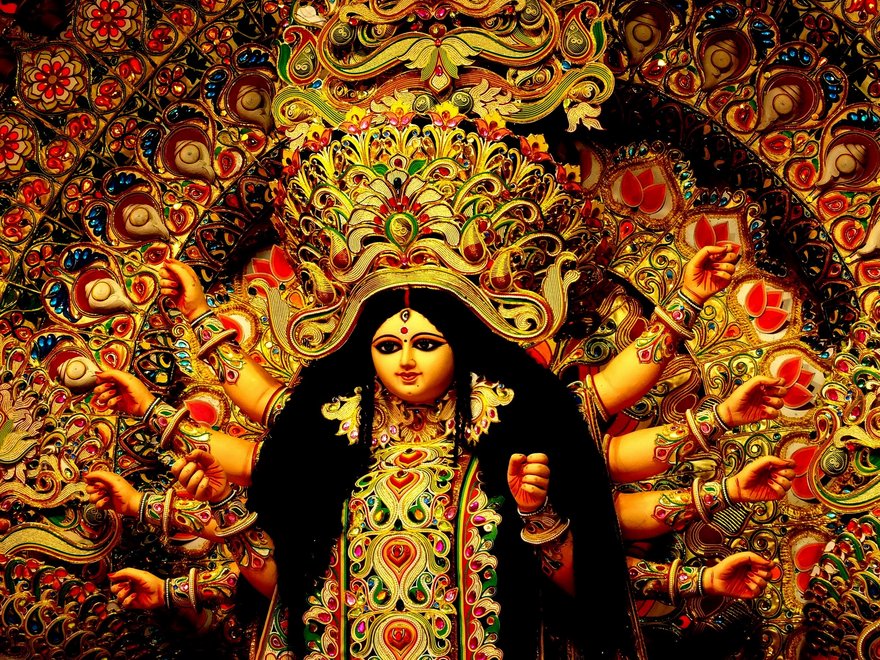 India over time became rigid in its customs, dominated by authority and ritual. Creative thinking and original inquiry gave way to an almost unconscious repetition of the old, a servile adulation of past achievements, instead of new thinking based upon the insights of earlier sages. This made the country prey to foreign attack and vulnerable to foreign rule. The deep devotion of the country became blind. This resulted in a condition in which the loyalty of the masses could as easily be given to a Queen Victoria or to a Babar, to any authoritarian ruler, as to a truly great Raja or king. A force of tamas or inertia settled over the land that prevents the people of the region from tapping the great reserve of spiritual power in which they live, removing them from the lionhearted sense of the Atman or higher Self that is the true force of Durga.

In this respect of spirituality, the civilization of India remains central to that of the rest of the world, in which our human spiritual potential is even yet more obscure. India is the land where the Gods can descend and where the great yogis can take birth. A resurgent India, therefore, is crucial for the regeneration of the planet. Yet India is also a land where the anti-Gods (Asuras) can rule and where hostile forces do not want a national awakening. The powers of the ignorance would just as well keep the country down for another thousand years if they can.

Fortunately, Durga, the Divine Shakti is coming forth again today. She is already stirring and beginning a new manifestation. She is preparing the decisive moment for her revelatory action. We must make ourselves into her vessels in order to aid in her transformations. While India may be the focus of her awakening, her action is beginning all over the world. She is the awakened planet that must soon arise to defend itself from the encroachment of an arrogant humanity that has fallen from grace. Meanwhile, a new humanity is also taking shape under her benefic glance.

Let us be receptive to her guidance and take up her energy! 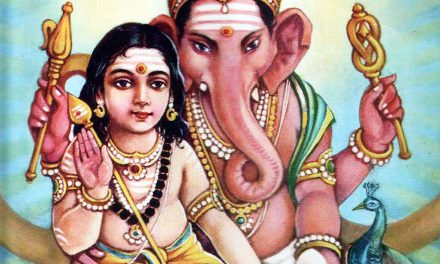