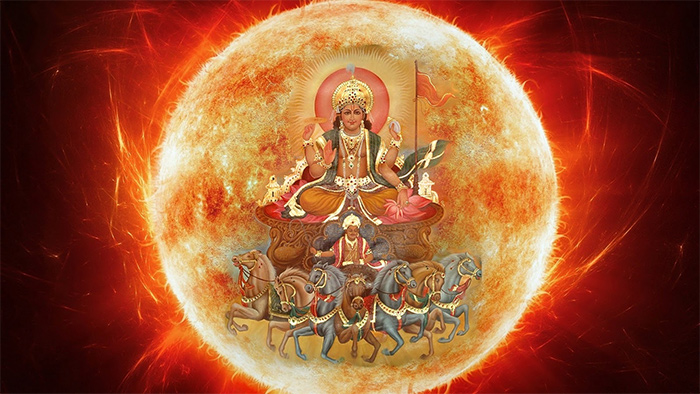 [The following is a lecture delivered by Atmatattva Das, June 12, 1993 at the UFO Expo West, Los Angeles Airport Hyatt, California.]

The Vedas glorify our planet earth, as the most important planet in the cosmic system. She is celebrated for her infinite variegatedness in every aspect of her existence. She is the bearer and indispensable ground for sacrifices; the shelter for divine and human activities; the universal mother, feeding all with many beneficial things, and the one to whom every living being owes his existence. Man, in seeking to satisfy his needs and fulfill his goals, exerts his influence upon subtle elementary forces and gross fundamental powers. All material variations that exist on this planet are transformations of this earth.

According to Vedas, a fractional portion of the total cosmic energy is the individual lording identification (the tendency to want to control and exploit material nature). A portion of that ego is the vibration of sound, and a portion of that sound is atmospheric air. A portion of the airy atmosphere is turned into forms, and the forms constitute the power of electricity, or heat. Heat produces, smell, or aroma, which evolves into this gross earth. All these combine together and, governed by the law of intercooperation, constitutes the cosmic phenomenon.

Thus, the whole process of creation is an act of gradual evolution and development of one element to another. This results in the variegatedness of the earth: so many trees, plants, mountains, rivers, reptiles, birds, animals and varieties of human beings. The human form has the best design for interacting with matter, namely a perfect basis for sense perception. The quality of sense perception is also evolutionary, being generated from sound to touch to form to taste and smell. The different varieties of human bodies have similarly more progressive sense perceptions and powers of movement.

There are varieties of human life on this same earth, not accessible to us, sometimes on the same dimension, but mostly on higher dimensions. There are also human living beings on other planets, some in our dimension, many in higher.

Other planets in the higher planetary systems have not only different kinds of human beings, but also animals and plants. Some of these planets have lands made of precious jewels like emeralds. Geologists, botanists and so-called scientists speculate so much about life on this earth itself, but, unable to estimate the varieties of life both here and on the other planets, they falsely imagine that all other planets are vacant, uninhabited and full of dust. The Vedas make fun of such materialistic leaders who are praised by paid men who have the mentality of hogs, dogs, camels and asses. Such people, who simply accept knowledge imparted by big animals, will totally reject the UFO/ET phenomenon as null and void.

This subject about different kinds of living beings and their area of activity, etc, will be further discussed in our Workshop.

The Vedas say, “manujah nivasah”, humanity is the residence of the Supreme. But in this material existence there is always the idea of lording it over the resources of material nature, which creates a clash between different living beings. There is, however, the universal law that brings about order out of chaos and creates harmony.

In the vedic vision, man is an active part of the cosmic whole. Dynamic as he is, he does become a disturbing factor, but once guided towards perfection, he can play a vital role in the ultimate establishment of the supreme law in the manifested world.

The panorama of the world shows a conflict and a tension between polar opposite qualities, for which humans have always been the via medium. But there is also a movement in togetherness and a cooperation. There is a striving towards the light, towards unfolding the potential towards fuller life which is constitutional.

The divine law of the cosmos becomes, at the human level, particularized into specific regulations. Thus are developed those norms of social order which are meant to bring the best results for all concerned. Therefore is born civilization. The Vedas envision duty or “Dharma”, and function, or “Karma”. The cosmic order that brings about harmony is expressed in the aspect of qualities of duty such as mercy, austerity, truthfulness and cleanliness. There are reflected in the aspect of function as abstinence from meat-eating, intoxication, gambling and illicit sex.

By losing sight of that integration of human at peace with himself and the universe, gathering all faculties and powers in one central point from which to act in full, perfected consciousness, the self-centered humanity has only applied for dangerous disasters for our planet.

The activities of the physical world have their effect in their counterparts in the non-physical and especially subtle areas like the astral, ethereal, mental and vice versa.

Whimsical exploitation of the plant and animal kingdoms, and natural resources, over-indulgence in sense-gratification in all kinds of perverted ways — all these have led the humam today to the criminal stand: the whole cosmic order is getting disturbed by our foolish endeavors to be the lords of all we survey. As a result of our crimes, Nature imposes upon us incurable diseases and frequent wars among nations.

That’s why our neighbors have started interfering with our lives. It is so that they can give us the message “Get back on track, man! Save the earth—Now!”

Some of these aliens have also taken it on themselves to establish proper law and order on our area of the planet. It is the history in the Vedas, that people of lower order cheaply endeavor to copy the higher, in spite of opposition and imperfections. This is part of the law governing their Psyche. They have gone do far that, in case we destroy the population on earth, they are making plans to repopulate the earth with good human beings. However, they themselves are a little bit overlording in this respect, because they are trying to accomplish this by harvesting samples of human sperm cells, ova and other vial fluids. This will further be discussed in our Workshop.

The subject of UFO, in many aspects, as far as the experience of many respectable common people, yogis and ascetics of India is concerned, is IFO. Identified, not unidentified. Even today, there are hundreds of ongoing visitations, channelled healings, various kinds of what the modern scientist will term “paranormal phenomena”.

There is a great deal of information in the ancient Vedic texts on paranormal phenomena. Then 19th Century scholars, especially from colonial backgrounds, have always tried to explain every vedic conception as based on an observable natural phenomenon, or on a particular sensory object. Whatever did not conform to their understanding was rejected as “mythology”, or “folklore”.

Another widespread tendency is to read into the Vedas esoteric implications based upon later usage of definite terms; yet another tendency is to interpret the descriptions symbolically and try to discern some indirect significance by means of sheer speculation and philosophical gymnastics. If one could scientifically take information from the vedic literature, a lot of questions confronting us in the research of UFO/ET phenomenon can be answered.

An attempt in this direction is successfully accomplished by my friend Dr. Richard Thompson in his book “Alien Identities”, copies of which will be available at our booth and Workshop.

Representing an age-old tradition of the east, on behalf of the great seers and saints of the Vedic culture, we hereby appeal to the leading nation of the perceivable world on this planet, viz, the USA, to cast aside all doubts, sentimentality and suppression of truth and to begin now to scientifically research and study this undismissible UFO/ET phenomenon and make progress in the field of higher dimensional science. May peace and prosperity be with you. Om Tat Sat.