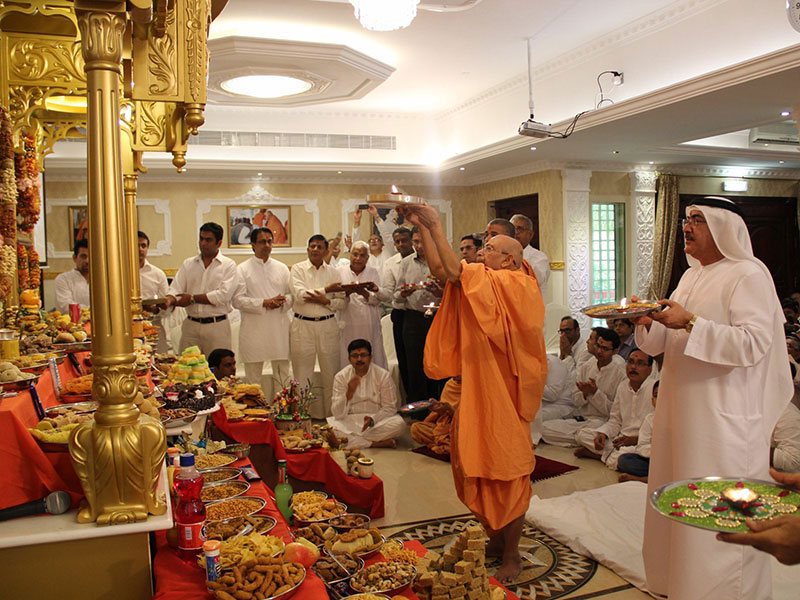 The Indian government has lauded a decision by the United Arab Emirates to allocate land for the building of the first Hindu temple in Abu Dhabi. Narendra Modi, India’s prime minister, currently on a two-day trip to the UAE, said in a tweet on Sunday, that he was thankful to the UAE government, describing the move, “a great step”.

There are currently two Hindu temples and one Sikh gurudwara in Dubai, but none in Abu Dhabi.

The trip is seen an important step in burgeoning trade relations between India and the UAE, and the decision to allocate land for a temple in Abu Dhabi underpins the strategic vision of the two nations.

The UAE, a federation of seven emirates, is home to about 2.6 million Indian expatriates who comprise a third of the total population and outnumber the local Emirati population. Annual Indian remittances from the UAE are estimated at $14bn. 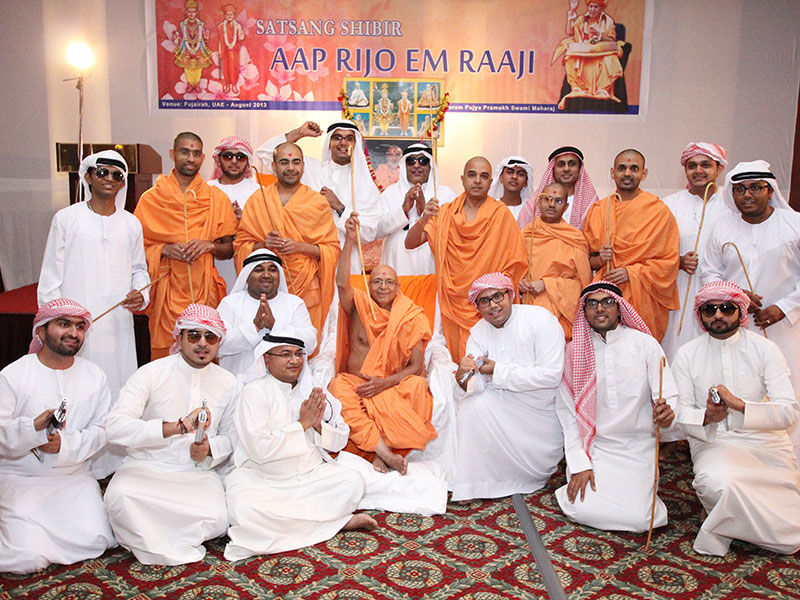 Samir Saran, vice president of the Observer Research Foundation, a think tank based in Delhi, told Al Jazeera that UAE got it right by allocating land for such a venture.

“There will be those who will think that it is about him [Modi] demanding a temple or pushing a religious agenda. It is none of that. It was simply a case of him being the first leader from India to go to UAE after a long time, and it was a goodwill gesture. 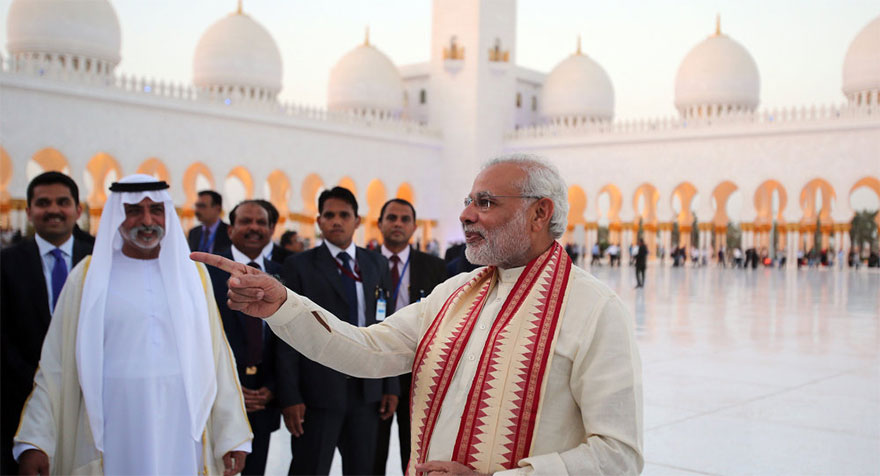 “It is still a relationship centred around trade … Modi certainly didn’t go lobbying for a temple,” Saran said.

In July 2013, The Times of India, citing a source within the Bochasanwasi Shri Akshar Purushottam Swaminarayan Sanstha (BAPS), said a Muslim businessman had donated five acres of land for the building of a temple in Abu Dhabi.

According to the source, the move came after the BAPS had traveled to UAE on invitation from the Invest AD group based in the Dubai.

It is not clear if Sunday’s announcement referred to the same land. 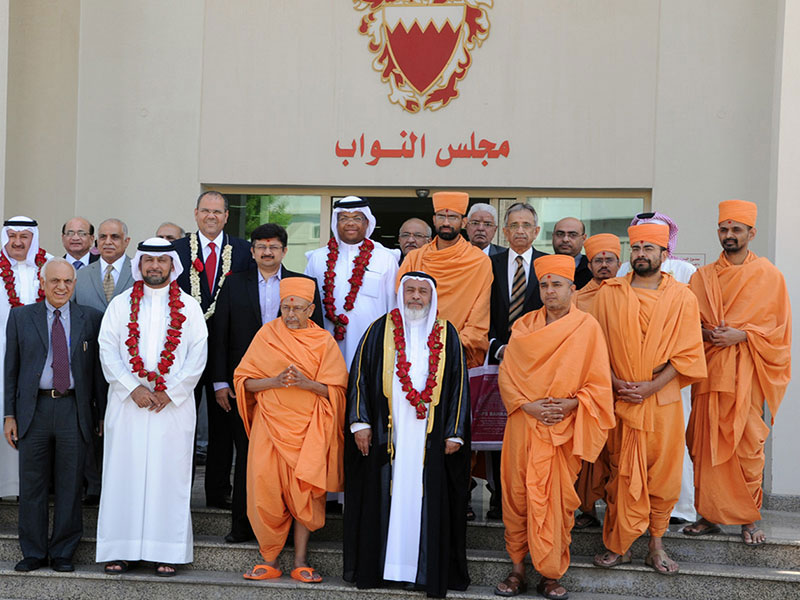 It is a good news to the Hindu, Sikh, Jain, Buddhists and Sanatani Omkar followers that they will be able to perform their Dharma in an upcoming State recognised temple upon the lands donated by the Royal authorities of UAE. The United Arab Emirates on Sunday decided to allot land for building a temple in Abu Dhabi for the Indian community, as Prime Minister Narendra Modi arrived here on a two-day state visit.

“PM @narendramodi thanks UAE leadership for this landmark decision,” he said. 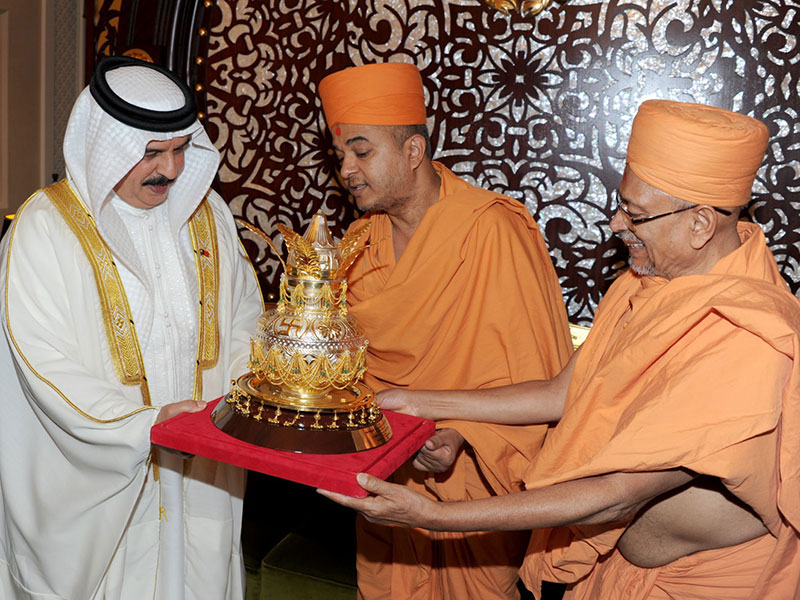 The UAE is home to 2.6 million Indian workers, of who around 20 percent are white-collar professionals. Indian expatriates comprise 30 percent of the UAE’s population and are the largest nationality group.

So, far there are some unrecognised and inhouse restricted Hindu-Sikh worship places in Dubai and in some vicinities in UAE, the Islamic Royal State has decided to allow public non-Islamic worship place for the Indian roots people very significantly. 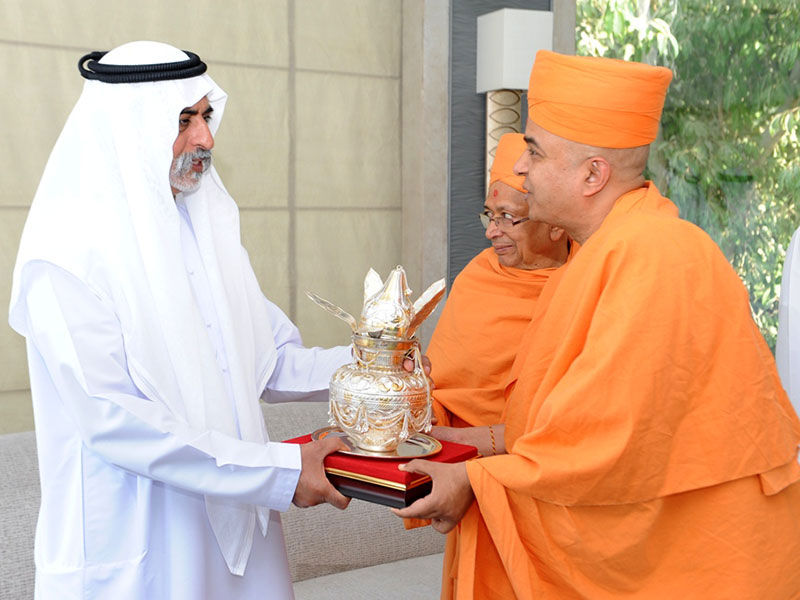 The upcoming Temple in Abu Dhabi will accommodate the worshipers of Panch Upasana (Ganapati- Shankar-Vishnu-Shakti-Surya), Omkar, Gurugarnth Shahib, Buddha and Mahavir with the facilities of Indian festivals like Diwali, Dussehra, Ram Navmi etc. and most obviously the practice of Yoga and Meditation.

Indian Nationals staying in UAE has heartily welcomed the decision. They expect that this Temple will be a symbol of World Peace and Harmony and as well as the landmark of Indian spirituality.

Unveiling the Truth Behind Hinduism