With 16 tiers of Hindu script inscribed into its concrete ceiling, the ornate, cream-colored temple is an incongruous structure at the end of a winding road near Brandon, a growing bedroom community just outside Mississippi’s capital city. Members of the Hindu Temple Society of Mississippi hope the new 3,500-square-foot structure, built according to ancient rules of temple design called “agama sastra,” will draw throngs of worshippers and tourists to the site in the heart of the Bible Belt.

Dr. Sampat Shivangi, a local physician, said more than 1,000 visitors were expected this week during a dedication ceremony.

“They are being made aware of what our culture and heritage and what we bring to the U.S.,” he said.

Erected in a community mostly populated by Protestant churches, the temple offers a vivid contrast to the culture and heritage of the American South.

Brandon Mayor Tim Coulter said he doesn’t believe it would be much of a tourist attraction “unless you have an interest in the Hindu religion.”

Rusty Pyron, whose house is separated from the Hindu temple by the worship house’s tall, wooden fence, acknowledged it’s a different culture from what he’s used to as a lifelong Mississippi resident, but said, “That’s part of America.”

On Tuesday, 16 Hindu priests chanted prayers during the process of transferring the “life” of the temple’s deities before the idols are permanently placed.

The sweet perfume of burning sandalwood wafted in the air as the priests — some of whom traveled from India — presented fruit and flowers to altars and chanted outside in sweltering heat.

They said the life force of the gods, including Shiva the destroyer, Brahma the creator and the supreme deity Vishnu, will be captured in copper vessels and re-emerge to dwell in the temple as long as it stands.

“We feel we are so lucky we can see the gods installed and given life,” said Shivangi. “New temples are not usually built in India. They stand for 5,000 years.”

Shivangi said artisans from India spent four years constructing the temple from natural materials such as granite, wood, straw and marble at a cost of about $3 million. The money was raised by the temple’s devotees, who have grown in number from about 20 families in the 1970s to more than 1,000, Shivangi said.

“Those temples in the tradition of agama sastra are few and far between in the United States. There are as many makeshift temples and then some as there are in built in the tradition,” said Ramaswamy Mohan of the Hindu Temple Society of North America in Flushing, N.Y.

Mississippi has relatively few followers of Hinduism, the primary religion in India. The state has an Asian population of less than 1 percent. Nationwide, the Asian population is 2.8 percent.

Mohan said most Hindu devotees in the U.S. are concentrated in the West, where about half of the nation’s Asian population lives, but there are large temples in Pittsburgh, New York and New Jersey.

Shivangi said there was resistance years ago by Rankin County supervisors to grant a permit for Hindu devotees to convert a local building into a temple.

“They thought a cult was coming to Mississippi,” Shivangi said. “The same supervisors today are saying they are glad to have this beautiful architectural piece in Rankin County.”

A call to the Rankin County Board of Supervisors wasn’t immediately returned.

“I haven’t heard any conversations about it really,” McGee said. “People view it as something that’s out there for that part of our community.” 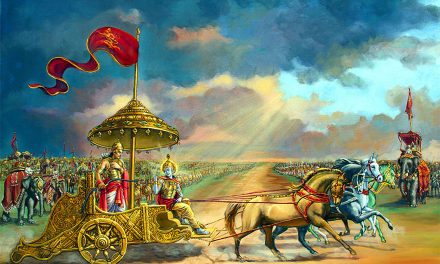