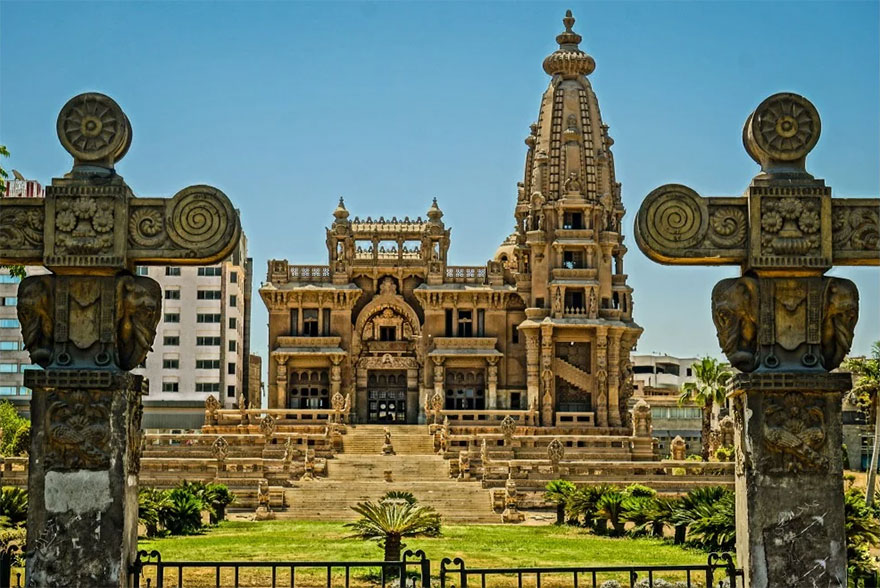 As travellers pass the Cairo suburb of Heliopolis, on their way to the Airport in Egypt’s capital they are astounded by the sight of a Hindu temple-like building, that is stuff of legend in the city. Officially called the ‘Le Palais Hindou’, it is more famous by its local name ‘Qasr-i-Baron’ or ‘Baron’s palace’ and is known for mysterious happenings within!

Abandoned since the 1950s, there are some hair raising tales around it.

Once owned by the Belgian millionaire industrialist and Egyptologist, Baron Édouard Empain this building in its prime, was at the heart of Cairo’s social scene and known for the legendary parties hosted here. The Baron had made a huge fortune building railway lines in Europe, including the Paris metro. He came to Egypt, in pursuit of even more wealth, as this became an epicentre after the opening of the Suez Canal in 1872. The exotic Le Palais Hindou represented its owner’s passions.

The late 19th & early 20th century, marked the age of Orientalism. Europe was rediscovering the wider more ancient world and there was great interest in civilizations such as Greece, Egypt, India and China. Baron Empain was not only a keen egyptologist but a great admirer of Indian architecture. In 1907, he commissioned the noted French architect Alexandre Marcel (1860-1928) to build a residence in the style of a Hindu temple. Marcel took inspiration from the temples of Angkor Wat as well as designs of old Odisha temples to create this unique building.

Built between 1907-1911, the palace was made entirely out of concrete and is considered to be one of the finest examples of concrete architecture in the world. Spread over two floors, it included grand staircases, living rooms, a library and bedroom suites. On the outside, the palace was carved with the reliefs of Hindu Gods like Krishna, Hanuman, Vishnu and Garuda. The walls inside were also painted with scenes from Hindu mythology and the doors had real gold knobs, giving the whole place a surreal effect. 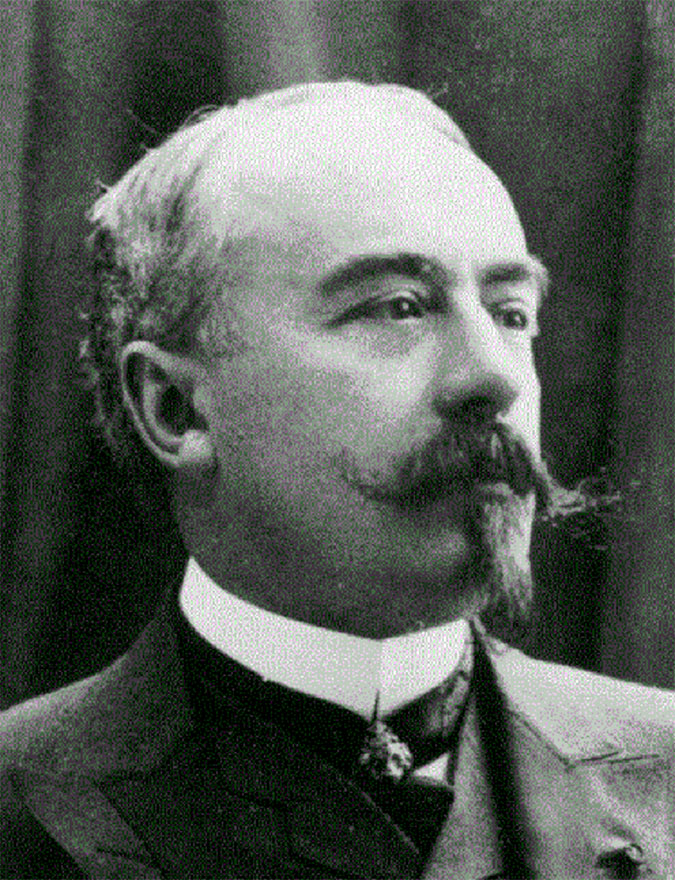 This ‘exotic’ palace that the Baron loved soon became the heart of Cairo’s social scene with extravagant parties and balls. The King of Egypt, European royals and American millionaires were all entertained here. 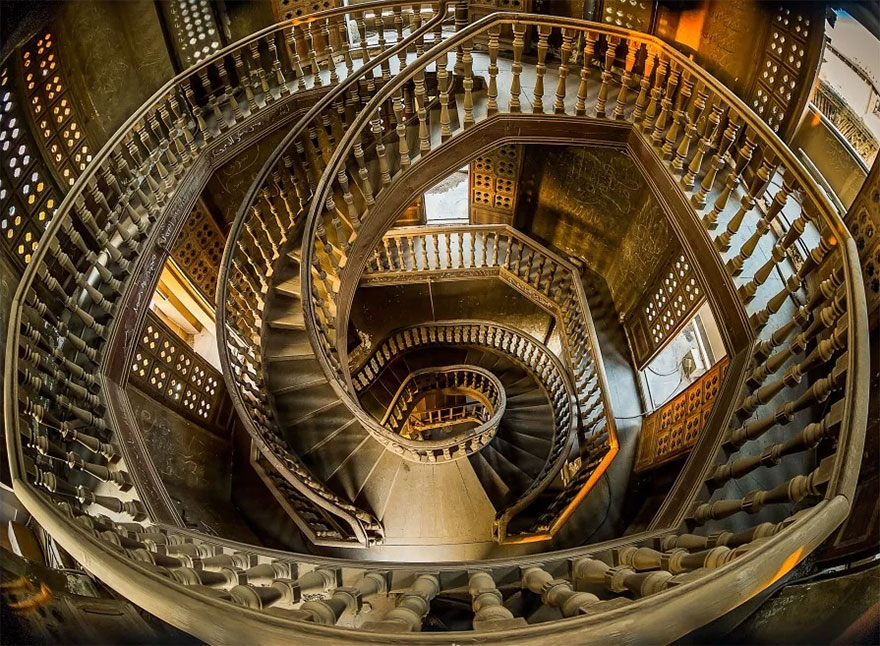 The palace was part of a larger plan. In 1906, Baron Empain purchased 6000 acres of sandy Egyptian desert outside Cairo and proceeded to build a whole township there. Called ‘Heliopolis’, it was intended to be a mark of modern Egypt with wide boulevards, gardens, hotels, clubs and mansions of the city’s elite. In the heart, would be the Baron’s palace. This Heliopolis, once a separate township outside Cairo, is now one of the poshest areas of the expanding Cairo city and a grand hotel which the Baron built in it, the Heliopolis Palace Hotel, now serves as the Presidential Palace, an executive office of the Presidents of Egypt.

While three generations of the Empain family lived in this palace, the palace also had a dark side to it. Apparently, the Baron’s sister Helena died under mysterious circumstances after falling from the balcony of the revolving tower. Empain’s daughter Miriam, who was suffering from a psychological illness was found dead in the palace elevator. The Baron himself died in 1929, but despite the string of family tragedies his children and grandchildren continued the to live here and entertain. 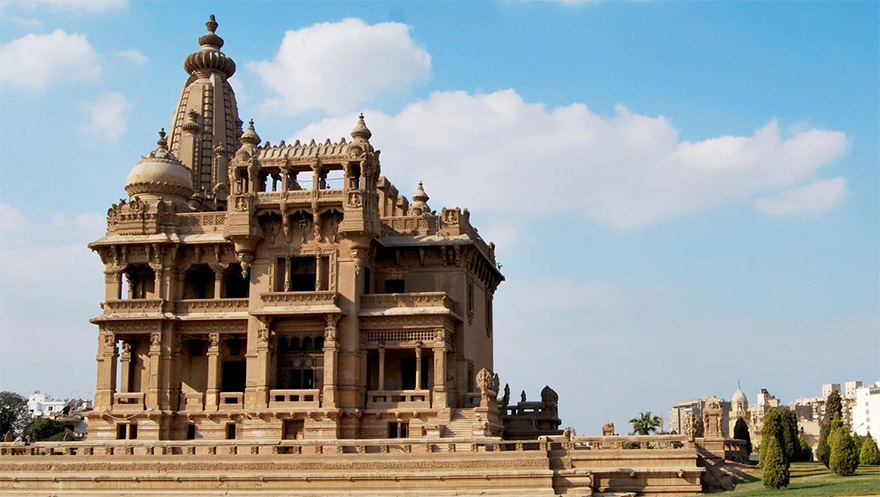 In 1952, Egyptian revolutionaries under Gamal Abdel Nasser overthrew King Farouk. This led to an exodus of a large number of foreign expatriates from Egypt. As the Empain family moved to Paris, the palace was sold to a group of wealthy Saudi investors in 1957. The new Saudi owners just locked up the palace and over time vandals had stolen all the valuables and destroyed all the statues and furnishings in the palace.

It is during this time that the palace came to be seen as haunted. At first there were stray stories but in the 1990s, a group of vandals who broke into the palace claimed that they had found blood smeared on all the mirrors in the palace. Soon more such sightings were quoted and within years the palace gained a reputation of being one of the ‘Most Haunted places in Egypt’ lists. 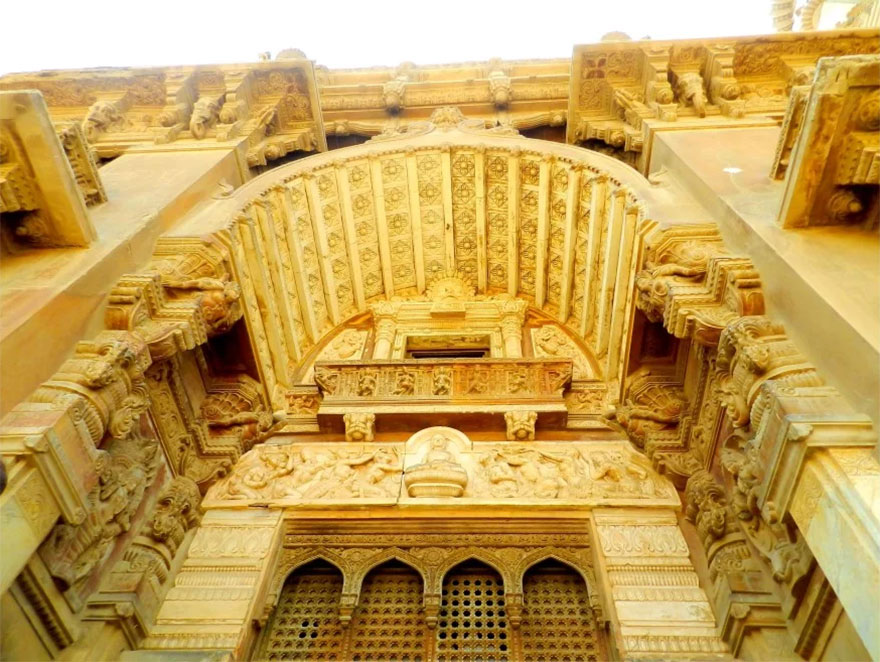 Interestingly this was also the time i.e. the 1990s, when there were proposals to build a hotel, casino or a museum in the palace. There was even a proposal by the Indian Embassy to convert it into a cultural center. Sadly, all the plans fell through. In 2005, the property was acquired by the Egyptian government and there were plans for its restoration. However, the ‘Arab Spring’ and the wave of protests in 2011, put a sudden stop to it. Thankfully, the restoration work has been restarted here in 2017.

Today, this unique Hindu building in the heart of Egypt, awaits a new future.

Untold Stories of the Ramayana: Ravana Killed and Sita Recovered