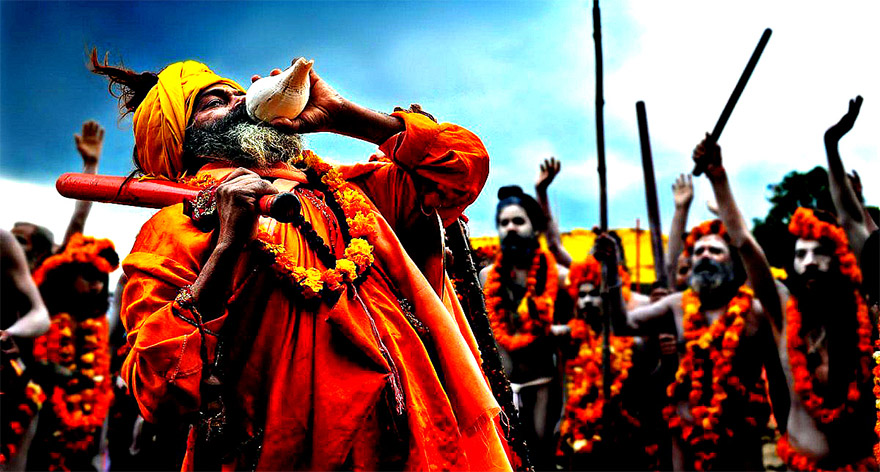 Usually what comes to your mind when you hear the word ‘flag’ or ‘dhwaj? Victory, dominance, patriotism? We have often seen a ‘bhagwa dhawj’ or saffron flag being adorned on top of most Hindu temples or ashrams; it has almost become an eternal symbol for the Hindu culture. Who chose this color orange to denote the vast spiritual and cultural nuances?

A person or any of the Hindu Gods, scriptures, or some guru? The answer is none. Saffron flag took its color from the fire and its flames. The brilliance of fire has enormous significance in Hindu dharma. Hindu culture evolved out of a very natural set of conditions, where certain people living in a certain geographical area i.e. on the bank of river Sindhu, chose a certain way of life because of their in depth, indigenous understanding of life and the wisdom they had acquired while living harmoniously with the nature. Hindu dharma evolved out of such state of living where it was understood that everything that surrounds us is made of five basic elements- air, water, fire, earth and ether. Each of these element was glorified by the culture in its own way. Agni or fire being one of the five elements, took precedence in lot of other rituals and beliefs of those who shared the culture.

This article explores how from the understanding of agni as a basic element for life, of concept yagya evolved which later on was passed on from generation to generation and later was also symbolically represented as saffron color flag to denote Hindu dharma. Even today fire is considered as part of several Hindu rituals like any Hindu wedding ceremony takes place in the presence of the sacred flames of fire, during the harvesting season people stand around fire to celebrate, yagya is performed on religious functions like Satya Narayan Katha, Bhagvat Katha, Ramayan Parayan, etc. and even in the last rites of Hindus, the dead body is given to fire.

A variety of yagyas are described in the scriptures. The yagya done with a desire to have a son was called Putrakameshti Yagya, the Ashwamedha Yagna was performed to attain sovereignty over states, Rajsooy Yagya was performed during the coronations of kings. Yagya literally means “sacrifice, devotion, offering”, and is done in front of a sacred fire, often with mantras, as a ritual. This ‘yagya’ is synonymous to havan where we offer ingredients like ghee, milk, grains, fruits, and flowers etc. in fire, chant mantras and says ‘swaha’. With each offering to the fire the mantra is chanted- “Agnaye Swaahaa, Agnaye idam na mama”, through which we constantly remind ourselves that ‘this does not belong to me’. 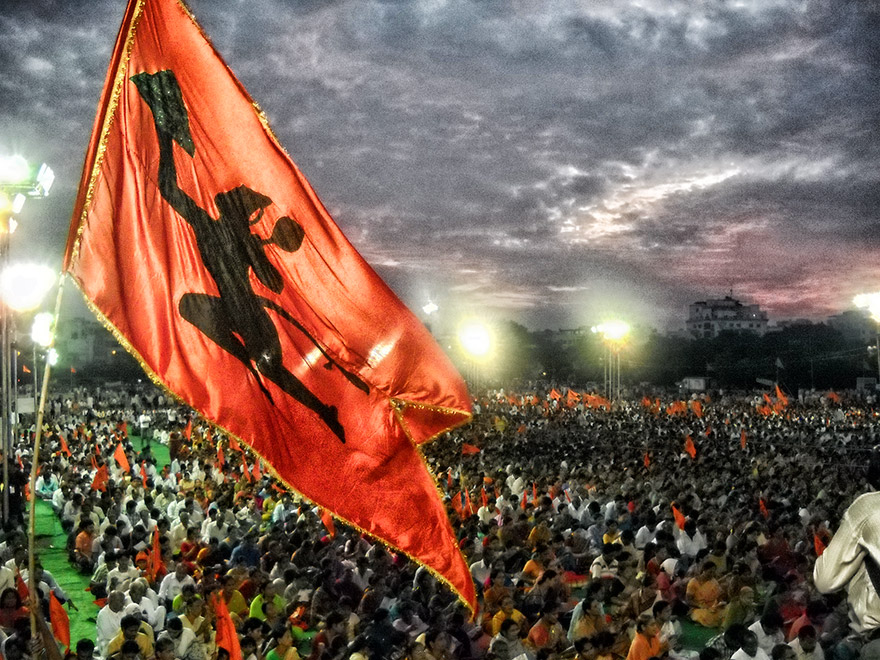 However, the meaning of yagya is not confined merely to this sacrificial ritual. It has a much wider and deeper meaning. The fire is a great purifier, the eternal witness of all yagyas, of all the offerings. It inspires the greatest of all human values i.e. sacrifice which is the very essence of Hindu Dharma. The philosophy of yagya teaches a way of living in the society, which promotes serving others and sacrificing. Hindu culture abounds with the concept of giving; it glorifies the idea of giving more significance to others than to self.

Not many cultures in the world consider ‘sacrifice’ as a virtue and encourage inculcating it in humans. This is the essence of Sanatan Dharma, appeals man to forsake his self-centeredness and offer himself to the service of others. The color also reminds us of the orange hue around the rising Sun, that dispels darkness and radiates light all around. Sun is the symbol of selfless service because it shines brilliantly giving energy and life without demanding anything in return. The Sun burns throughout the day, silently sacrificing itself, giving life to all creatures on this planet. It teaches us to have no expectations, but ceaselessly render service to all creatures. Sanãtan Dharma’s lofty yagya and the saffron flag both conveys all historical ethos of the culture.

Therefore, Bhagwa dhwaj which has the color of fire and burning sun reminds us of our great heritage, it defines our identity. The Bhagwa has been the silent witness of our long history. It is inspiring us forever to live the life full of virtues based on sacrifice, dedication, purity and service. The Hindu monks wear Bhagwa colored robes to signify that they have renounced everything and put themselves on the path of salvation and have dedicated their life in the service of Dharma.

The saffron color of Dharma dhwaj symbolizes the ever illuminating sun and fire; it denotes sacrifice which has inspired many to devote their lives for others. In brief, Bhagwa Dhwaj is a symbol of sacrifice; selfless service and righteousness. It stands for sustained effort to uphold dharma through self-sacrifice. It reminds us of our duty towards the Hindu community and the society as a whole. The color exhorts that man should forsake his self-centeredness, by offering himself in the service of others, performing the true yagna, sacrificing body, mind and atmã in the service of mankind. One has to lives not for oneself but to give. Each second of his life is a yagna. Such is our culture!

History of the Ancient Deity of Lord Alarnath