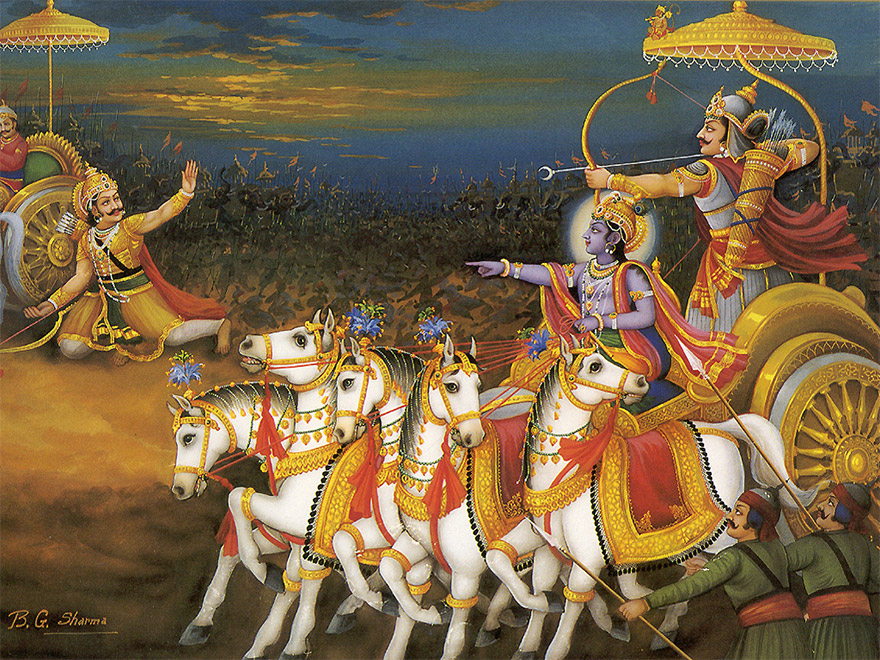 Here’s a little known story of Karna’s previous birth. The Mahabharata mentions that Karna was a demon named Dambhodbhava in his previous life. This demon had terrorized the universe on the strength of a blessing he had received from the sun-god. He had been blessed to have a thousand kavachas which had the following characteristics.

They could only be destroyed one at a time.

They could only be destroyed by someone who had performed a thousand years of austerity.

They would cause the immediate death of the destroyer of the kavacha.

This combination of blessings made him undefeatable till he met his match in the form of the divine sages Nara-Narayaaa, who are considered non-different from each other. They fought with him alternately, one fighting while the other performed austerity – both doing so for a thousand years. When the warrior would destroy one kavacha and fall dead, the ascetic would revive him by the power of his austerities and then they would swap places. The warrior would fight and finally destroy another kavacha after a thousand years till the ascetic acquired enough merit through austerity to take up the fight for another thousand years and destroy one more kavacha.

By this resourceful and arduous arrangement, those sages destroyed nine hundred and ninety nine kavachas. When just one kavacha remained, the demon fled to the shelter of the sun-god, who due to attachment to his worshiper refused to hand the fugitive over to Nara-Narayana. Eventually, the demon was impregnated by the sun-god into the womb of Kunti and he was born as Karna. Simultaneously, Nara-Narayana appeared as Arjuna and Krishna to complete their unfinished mission of ridding the universe of the terrible demon.

A Gap in Puranic History Bridged