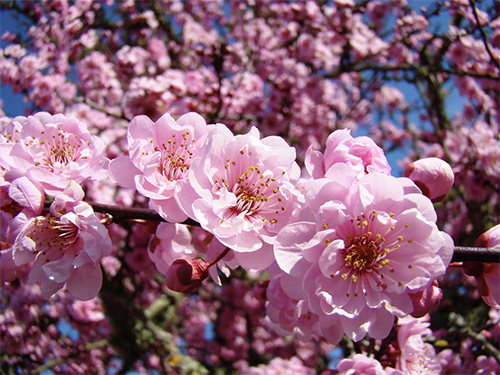 Vasant Panchami is an important Indian festival celebrated every year in the month of Magh according to the Hindu calendar. Celebrated on the fifth day of Magh, the day falls somewhere in the months of February or March according to the Gregorian calendar. The significance of the day lies in the worship of Goddess Saraswati, symbol of wisdom and also the onset of spring season.

According to the popular belief, the origins of this festival lie in Aryan period. Aryans came and settled in India through Khyber Pass, crossing the Saraswati River among many others. Being a primitive civilization, most of their development took place along the banks of the River Saraswati. Thus, River Saraswati began to be associated with fertility and knowledge. It is then that the day began to be celebrated.

According to mythology, a popular associated with this day is connected with poet Kalidasa. After he was married off to a beautiful princess through trickery, the princess kicked him out of her bed as she learned that he was foolish. Following this, Kalidasa went to commit suicide, upon which Saraswati emerged from the waters and asked him to take a dip there. After taking a dip in the holy waters, Kalidasa became knowledgeable and began writing poetry. Thus, Vasant Panchami is celebrated to venerate Goddess Saraswati, the goddess of education and learning.

In today’s times, the festival is celebrated by farmers as the on-coming of the spring season. The day is largely celebrated in Northern Parts of India. Here, people offer food to the Brahmins and organize rituals in the name of Goddess Saraswati.

The colour yellow is the predominant colour associated with the festival, the origins of which are supposed to be the fields of mustard which can be seen in Punjab and Haryana during this period. Kite flying is also commonly associated with this festival. Children as well as adults fly kites on this day to celebrate freedom and enjoyment.

Another tradition associated with this day is that of initiating studies in the young. Young children often begin learning on this day, which is believed to be the reason why the school sessions start in the month of March. Sweets with a yellow hue are also distributed on this day and people can also be seen donating books and other literary material to the poor.

What do people do?

Vasant Panchami is a famous festival that marks the end of the winter season and ushers in the springtime. Sarasvati is the Hindu goddess of the Vasant Panchami festival. Young girls wear bright yellow dresses and participate in the festivities. The color yellow holds a special meaning for this celebration as it signifies the brilliance of nature and the vibrancy of life. The whole place bursts with yellow during the festival.

People dress in yellow and they offer yellow flowers to others and to the gods and goddesses. They also prepare and feast on a special pastry called kesar halwa orkesar halva, which is made from flour, sugar, nuts, and cardamom powder. This dish also includes saffron strands, which gives it a vibrant yellow colour and mild fragrance. During the Vasant Panchami festival, India’s crop fields are filled with the colour yellow, as the yellow mustard flowers bloom at this time of the year. Pens, notebooks, and pencils are placed near the goddess Devi’s feet to be blessed before they are used by students.

Vasant Panchami is a public holiday. Government offices, schools, colleges do not operate on the day. However, at the same time, private offices are operational. Public transport also operates throughout the day but there is heavy traffic congestion during to processions at various places.

The celebration of the Vasant Panchami is centered on the Hindu goddess Sarasvati. Sarasvati is the goddess of wisdom. She embodies the different facets of learning such as the sciences, arts, crafts and skills. She is said to be calm and collected. She is often pictured seated on a lotus or a peacock, wearing a white dress.

Hindus believe that Saraswati bestows the greatest wealth to humanity, the wealth of knowledge. In the Vedas the prayer forSaraswati depicts her as a white lady in white dress bedecked with white flowers and white pearls, sitting on a white lotus, which is blooming in a wide stretch of water. She holds Veena, a string-instrument, like Sitar, for playing music. The prayer finally concludes, “Oh Mother Saraswati remove the darkness (ignorance) of my mind and bless me with the eternal knowledge.”

White dress, white flowers, white pearls, white lotus :- All these signify absolute purity, true knowledge of the purest kind. For acquisition of supreme knowledge, one has to perform activities founded on purity and divine wisdom.

Lotus in water: Water here symbolizes the ocean of life indicating that one has to attain supreme knowledge living in the world and not running away from it. As we know lotus makes its way through water and rises above its surface with glory. It remains in water but is not incapacitated by it. These are two important characteristics on which knowledge must rest.

Veena: Veena symbolizes the music of life. The collective sound of all our thoughts and actions in the cosmic forms operates as music in the universe.

The Book: Ordinarily a book is a means of acquiring knowledge. But in the hand of Saraswati it symbolizes total knowledge. Saraswati is the Goddess of all knowledge-worldly as well as spiritual.

Hamsa (Swan): At times Saraswati is shown sitting on a white hamsa (swan). The swan is known to have a tremendous amount of discriminating power. It has a very sensitive beak through which it can discriminate the right and the wrong. It can discriminate between the real and unreal. It can separate the milk from water.

In ordinary sense, a white swan represents purity and the capacity to discriminate between right and wrong and the will to accept the right.

The Peacock: The peacock represents ordinary worldly knowledge. As most of you know peacock’s moods keep on changing. It is overly influenced by weather conditions; sometimes dancing in ecstasy and when in the agony of separation, weeping for long, likes most of us.

Now look at the picture above, the peacock is placed on the right side anxiously waiting to be used by Saraswati as her carrier, whereas the swan is on the left side, completely relaxed. This represents the desired balance between head and heart. Men of knowledge must possess this quality.

In the final analysis all the symbols associated with the image of Goddess of learning are reminders to the seeker of worldly or spiritual knowledge that he or she must possess the power of discrimination while maintaining purity and peace. On Vasant Panchami I pray to Mata Saraswati to kindle the light of true knowledge in you and your children and eliminate the dullness of intellect.