Music syllabi across Orissa teach two systems of music: Hindustani and Carnatic. They usually miss the third, a music system that has distinctive features of its own and lies in between the two.

All classical dances are based on their respective classical music form, but Odissi music, though classical in nature, has not been widely perceived as such even though it has been treated as classical dance. Without music there cannot be any dance, so it has been missed perhaps due to ignorance.

What is classic? It is of the highest quality, having a value or position recognized and unquestioned. It follows certain norms or it has its own grammar. It has to certify:

1. the tradition is more than a century old;

2. the old system is based on one or more written shastras;

3. there are a number of Raga set in the core of the system;

4. the Ragas at the core of the system and those that are borrowed from other systems are delineated in distinctive style duly supported by a distinctive rhythm (Taala) system.

Odissi songs were written even before Oriya language developed its own flavour. Odissi music has a rich legacy dating back to the 2nd century B.C. when king Kharvela, the ruler of Orissa (Kalinga) patronized this music and dance. There are historical evidences in the form of sculptural evidences, i.e. musical instruments, singing and dancing postures of damsels in the Ranigumpha Cave in Khandagiri and Udayagiri at Bhubaneswar. Charya Geetika (poems of Buddhist literature) written between 7th to 12th century mostly by the poets of Orissa and Bengal are connected with Buddhist Tantric cult.

Orissa achieved excellence in art and architecture during the 7th and 13th century A.D. when kings of Orissa built massive temple structures like the Parsuramesvar, Muktesvara, Lingaraj temple, and Konark. Engravings of musical performances and dancing postures are still lively till today on the temple walls. After visiting Konark, Rabindranath Tagore remarked. “The language of stone is more expressive than the language of men”.

There are certain texts on Odissi music which are authentic and authoritative and are excellent indices to the development of the music. These are written in Sanskrit or Odiya and contain the characteristics of Udramagadhi, Ardhamagadhi, Udra Bhasa and Utkalika Bibhasa. Other books like Sangit Darpana, Sangit Kalpadruma, Sangitarnava Chandrika, Baidehisha Vilash, etc. were written in later years. The written texts on Hindustani music dates back to the 14th Century, when Lochan Pandit wrote Raga Tarangini. Similarly Carnatic Pundit Ramamatya wrote the 1st Carnatic treatise, Swarmela Kalanidhi, in the 16th Century A.D. It established that Udramagadhi style of music, i.e. Odissi, is more ancient than its counterparts like Hindustani or Carnatic.

Raag is considered to be the principal root of the music tree. It disciplines the song and qualifies its classical nature. Our poets, composers and Granthakars have mentioned names and characteristics of hundred and hundreds of Raag. Even all the songs written from 7th to 9th Century onwards are based on Raags. Geeta-Govinda, composed in the 12th Century, also embodied the names of the Raagas.

We see much experimentation in creating new Raagas by giving new names as haseen done by our ancestors and creative artists. Usually Raag is named in the name of gods, deities, personalities, or particular areas like Raag Multani, Bhopal, Malab, or Kingdom names like Raag Gujari, Gauda, Karnat, and Kashmir.

Odissi Raag has names like Raag Puri, Kalinga Gauda, and Hindol. Raagas are more or less similar in Hindusthani, Carnatic and Odissi music, and although there might be slight variations in terminology, the style of singing is different. Under Hindusthani one sings Dhrupad, Dhamar, Khayal, Thumuri, and Tarana. Similarly under Carnatic, one sings Padam, Barnam, Jabali, Kirtanam and Tilanna. Odissi music is sung through Raganga, Bhabanga and Natyanga Dhrubapadanga followed by Champu, Chhanda, Chautisa, Pallabi, Bhajan, Janana, and Geeta-govinda, which are also considered to be in the repertoire of Odissi or an allied act form of Odissi. Odissi music is mainly based on themes like Carnatic music, where literature and expression dominates, but Hindusthani music is mostly based on rendition style.

The three vital components of any classical music are tradition, codification and application. As explained above, we have inherited our musical tradition since the time of king Kharavel. Even Mahari tradition and singing of Geeta-Govinda in the temple of Lord Jagannath since the time of King Pratap Rudra Dev in the 15th Century proved our rich tradition.

Similarly, Odissi music has codified grammars, which are presented with specified Raagas. It has also a distinctive rendition style. It is lyrical in its movement with wave-like ornamentation. The pace of singing in Odissi is not very fast nor slow, and it maintains a proportional tempo which is very soothing.

Hindustan music is like straight hair, conventional. Carnatic is like curly hair, jittery and uneven. But Odissi is like wavy hair, mellifluous, soft and lyrical. It is devotional and stimulating. Tabla is the musical instrument of Hindustani, mrundagam is of Carnatic music, and similarly mardal is the musical instrument of Odissi. Both its construction and application style is different from that of tabla and mrundagam. Though Dhrupad style of singing in Hindusthani uses a Pakhawaj (its appearance seems very close to mardal) it is different in both construction and application from that of Odissi mardal.

As we know, Orissa is a meeting point of the culture of both south and north. It is therefore natural that Odissi tradition has not been only influenced by the two major schools of Indian Classical music, but also it has influenced them to some extent.

The tradition has always two components — the written and the oral. As music is a performing art more comes orally than written. This oral tradition makes the art even more dynamic, and this dynamism makes the form more popular. One should admit that the Odissi style of music has undergone a lot of modifications as it is being taken care of and given platforms to be performed. No one will deny the fact that there have been a lot of changes in the style of singing in other major styles of present day.

To conclude, Odissi music has its own identity with all prescribed Classical nature. Hence it is the 3rd Classical Music of the great nation. In the 13th Century A.D. many Hindu musicians were converted to Islam and thus cross assimilation of music took place in north India. Amir Khusru in 13th /14th Century A.D. popularized Indo-Persian music under the patronage of Delhi Sultanate. He had no access to Carnatic and Udramagadhi music. The Deccan music flourished as Carnatic system under the patronage of their benevolent rulers. The Udramagadhi or Odissi music could not flourish due to lack of patronage from strong rulers. Rather it was confined to Odissa and neighbouring states, mostly in temples, courts of Gajapatis, feudatory kings and zamindars.

After the reign of Mukund Dev in the 16thCentury A.D., Odissi music suffered during the Marahatta rule in Orissa during the 17th and & 18th Century A.D. Its fate also did not flourish during the British Raj.

Odissi dance based on Odissi music has already attained the Classical status because of its frequent performance, both inside and outside the country. Odissi music remaining confined to state, could not be perceived by the outside world as a distinct form of music. In order to popularize it and allow others to enjoy its bhava (sentiment), language and lyrical value, the State Government’s Culture Department has undertaken a massive programme named ‘Odissi Sandhya’ to be performed in all major cities of the country. The programme is being executed through Guru Kelu Charan Mohapatra Odissi Research Centre in association with different cultural organizations located in different parts of the country, like Central Sangeet Natak Academy, Eastern Zonal Cultural Centre, Kolkata, and Prachhin Kalakendra, Chandigarh. Programmes held at Chandigarh and New Delhi have already started creating a mild sensation among the music lovers of the country. I am sure the novel attempt made by State Government in popularizing the Odissi music could ultimately bring it the Classical status due to it since its inception. 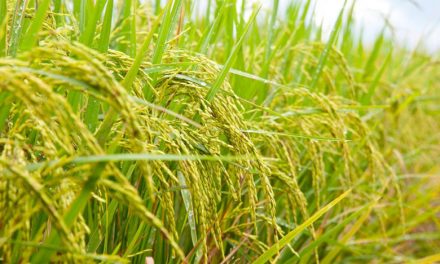 Origins of Rice in India

Patachitra – Art of the Jagannath Cult