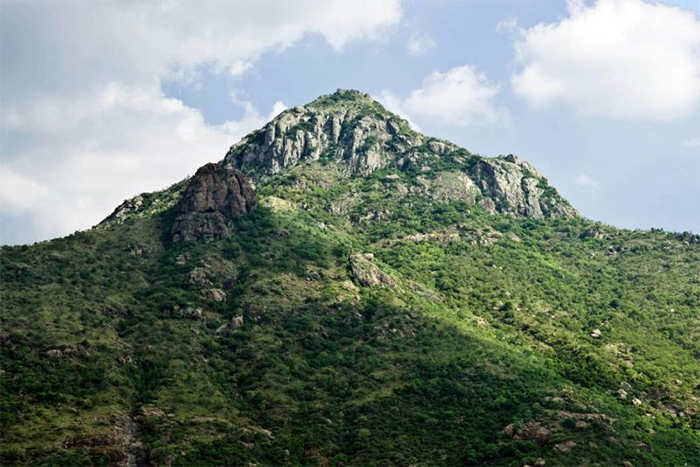 I too had a very divine and celestial experience at Thiruvannamalai, and wanted to share it here. To the common man, it might sound unbelievable, but such are divine experiences. No science can ever explain it.

When I was a kid, I used to hear that my neighbor uncle travels to Thiruvannamalai every month. I too wanted to go there and circumambulate the hill. At that time, in my fifth grade, I had no idea about anything. I just had an imaginary picture of a hill, moonlit night, trees and forests and a few people circumambulating. Someday I wanted to be there.

In my sixth grade, my parents happened to attend a wedding at Thiruvannamalai. That was their first visit to the temple. Both my mom and dad came and praised the Lord, saying that they could feel divine power, some sort of vibration. Again, I was left to wonder, when will I go there?

Years passed. When I was 24, somehow by strange events I was there doing my first Girivalam with my father and his friends. This was in 2008. It was super crowded and we were at the Indira Lingam shrine. Now, people who have already been there know how the entrance is. People have to go in a single line queue. As I finished the pradakshina of the temple and was exiting out the queue, one old man in his fifties I think, touched my shoulder from behind. I turned back and was looking at him, eye to eye. He talked to me in some ancient Tamil, five to ten sentences. Although, my mother tongue is Tamil, i really could not make out what this person was trying to tell me. I could just feel that he was blessing me and that something great was in-store. I acknowledged and looked ahead to call my dad (we were still in the single line queue), and then looked back and the old man was gone! He disappeared. I really don’t know how!

My third Girivalam, I had read lots on Arunachala. I was and still am addicted I had read that even the small stones around the hill, are forms of shiva linga. So, during my third Girivalam, I sincerely kept praying to God that, “Lord, can I see a small pebble in the form of Shiva Linga.” Through out the circumambulation this was my only prayer. Right before Eeshana Linga, early in the morning at 5:45 am, beside the temple, the Lord blessed us! My dad and I saw a massive 3000 foot shiva linga, beside the Hill. It was perfect in shape, an immensely magnified version of the linga in the temple sanctum. We prayed and did namaskaram, and left. But only later, we kept thinking about it!

Days passed and the experience kept me almost mad. Thinking how, why and wow… why so much grace for a sinful person like me!

Like an innocent child, I returned back to my Lord, to relieve me of my qualms. I prayed, “Dear Lord, we saw you at the temple. I really wish you could confirm to me, please talk to me in human form, in Tamil and tell me it was you.”

A crazy prayer one might think… but hold on. Two or three months passed. I was then living in Hyderabad. My work assignment was complete, and I had to return back to Bangalore. My dad and I thought, lets visit Sri Sailam before we return to Bangalore for good. I booked a package tour in APSRTC and we left for Sri Sailam.

The route to Sri Sailam is very deserted. It is a forest range, with mountains, trees, rivers and damns. Our bus stopped in a very remote place to show us a shiva lingam which was worshiped by Adi Sankaracharya. Right there, after finishing prayers at the lingam, while returning, I saw two men in saffron clothes looking at me, eye to eye. One of them said in Tamil “These are two people, the father and daughter, whom we saw in Thiruvannamalai. Look, they cannot keep quiet, and have come to here also.” In the deepest corner of Andra Pradesh Forest to hear a man tell me this in Tamil was nothing but celestial. I am still feeling horrible for not having worshiped the Lord there, my mind was blank and this bus conductor from package tour was calling me to hop on to this bus ASAP.

P.S. By His grace I am a science student, Btech from India’s top college, and working in one of best MNCs in Bangalore. One CANNOT understand nature and mystical experiences with mere science, reasoning and logic. There are so many things unknown to man. Only with utmost modesty and surrender to the LORD can we get salvation. Praise His HOLY NAME!

My Experiences at Tiruvannamalai