In the movement of the Bhakti cult in Utkal khand, many divine souls have glorified the Vaisnava religion and spread its tenets to different places by their deep devotion and supreme attachment to Lord Jagannatha. By displaying their unselfish divine love, they had never craved in their altruistic mission anything in life except His exalted grace. Among these divine souls, there was one godly person by the name of Manai Sahu who was a pious devotee of Lord Jagannath. He advocated the cause of para Bhakti as intense attachment to God and eulogized its glories through Nama Sankirtan as the only means in Kaliyuga for realization of the Supreme Divine.

Manai Sahu is remembered today as Kandagoda Manai Sahu. Kandagoda is the name of his village near Puri. Some 500 years ago, he was born in this village in a humble divine family. He was the contemporary of Atibadi Jagannath Das, the author of Srimad Bhagabat in Oriya.

The impeccable life of his parents had a great influence on Manai Sahu in his younger days. Manai Sahu was not an erudite scholar. His education had ended with the village school of

Kandagoda. But, as people say, he was a prodigious person by dint of the merits of his Prarabdha Karma. As morning shows the day, Manai Sahu appeared to be extraordinarily astonishing in his usual dispensation from the very beginning of his adult career. He could not control his tears when he saw tears in the eyes of others. In his amiable disposition, he was a charitable person. He was beneficent to the poor and the distressed of the society. People regarded him as a truthful divine soul.

Manai Sahu was married in the early part of his life. But the bond of marriage did not bind him with the material world for long. He lived in his own world like drops of water on a lotus leaf. He led the Gita-way of life. He had totally surrendered himself at the lotus feet of the Lord. It is said that every morning he used to go to Puri to have a glimpse of the Divine Trinity in the sacred shrine. In this way he walked to and fro around fifteen miles everyday. This was the main routine of his daily life. Despite all difficulties and uncommon impediments, he had never defaulted in his religious determination. That was the rigor of his spiritual austerity and that brought him the light of the Great Divine.

Manai Sahu was a close friend of Atibadi Jagannath Das. His village, Kapileswarpur Sasan, was close to the village of Manai Sahu, so while going to Puri, he had regular interactions with Atibadi Jagannath Das. They discussed scriptures in deep devotion. While musing on the effulgence of the Lord, both were sometimes lost in the surges of divine ecstasy. The names of Atibadi and Manai Sahu were associated with myriad miracles in the celestial game of the Divine Trinity. It is said in this connection that on one occasion, Lord Jagannath appeared in a dream before Atibadi Jagannath Das and urged him to show his sacred manuscript to Manai Sahu before it was finally released. Jagannath Das followed the divine instruction and handed over the manuscript to Manai Sahu for his esteemed perusal. With closed eyes, Manai Sahu clasped the sacred scripture in profound spiritual devotion. He felt the presence of the Lord in every word of the Holy Scripture. The book appeared to be the replica of an unusual cosmic grace. While returning the manuscript, Manai Sahu suggested to Jagannath Das, “Gosain, your scripture is extraordinarily superb. You should name the scripture as “Srimad Bhagabat”. Since that day, it is said, the holy scripture of Atibadi Jagannath Das was known as Srimad Bhagabat and it was accordingly released in palm leaves in Oriya.

There is another miracle associated with Manai Sahu’s name. The distinct glory of this miracle still survives in every Oriya home with an unflinching belief in its spiritual force. If Manai Sahu is remembered today, he is remembered for this remarkable religious accomplishment, which virtually earned him a place as an angelic messenger of the Lord. One day, Manai Sahu was going to Puri as a part of his daily routine to have the darshan of the Divine Trinity in the grand Shrine. While passing by the side of the main village tank of a nearby village, he saw a strange sight. Some village belles had assembled in the main bathing ghat surrounding a pond where there lie a heron, which appeared to be hurt and transfixed on the ground near a bushy growth in the extreme corner of a pond ridge. Manai Sahu found to his surprise that the village belles, instead of going into the water of the tank, had gathered around the pond heron. That presented an unusual sight. As it appeared, the bird was least distracted by the proximity of the onlookers and the nearby grazing cows. Undisturbed, the bird was looking deep into the blue water of the village pond. At first, Manai Sahu could not know why so many onlookers had gathered around the bird as the heron over there had nothing special about its appearance.

He learnt from the onlookers that the bird had fallen victim to a great misfortune. Having fasted for long, when it got a good catch of fish, it gulped the same, unaware of its size and the consequential agony. The fish was bigger than the usual size for a heron. So instead of going down into the stomach, the fish was struck in the middle of its throat. The bird was groaning in acute pain. All were looking helpless, and they knew not what was to be done at that particular moment. Seeing the unusual sight, Manai Sahu went near the bird. The onlookers turned aside as he approached the heron. He learnt from the village belles that the bird had been sitting there since the day before. He also learnt from them the cause of the bird’s agony. He noticed that the throat of the bird had considerably swelled. Manai Sahu took the bird on his lap and caressed its throat repeating the name of Lord Jagannath. The Lord was his ‘Ista’, his worshipped God. The ‘mantra’, he recited was his ‘Ista Mantra’.

The recital of Ista Mantra has an immaculate spiritual effect. It is encapsulated with an inexplicable spiritual force. With the bestowal of Mantra Shakti, one can turn a mountain upside down. Devoutly recited, mantra power can alleviate all pains and all illness. It can confer on a person all the embellishments of the world. On that day, Manai Sahu had a similar spiritual accomplishment. He stroked in deep devotion the throat of the bird with the soft touch of his right palm. The Lord heard his humble submission and Lo and behold! In no time the fish went down the bird’s throat. At last the bird was relieved of its pain. Manai Sahu thereafter set the bird free. The heron flew up across the sky in utmost ecstasy and soon disappeared in the horizon. The onlookers were startled at the unusual sight.

The miraculous performance of Manai Sahu soon spread far and wide in the area. The onlookers had earlier heard about his austere penance and the wonderous spiritual power. But they had never witnessed his extraordinary miracles. That day, they experienced at a poignant moment of his grand spiritual power. People regarded Manai Sahu as a devout devotee of Lord Jagannath. The name of Manai Sahu added holiness to the place where he lived. The devotees adored the bathing ghat of the tank as a sacred place of purification. A popular belief soon began to spread among the people that by remembering Manai Sahu, one could surmount an obstruction in one’s throat. Even today, in the rural areas of Orissa when a sharp fish bone is struck in the throat of a child, the parents remember Manai Sahu in devotion and pray for clearance of the painful obstruction.

As time passed by, Manai Sahu became old and bed-ridden due to geriatric ailments. He could no longer stick to the age-old routine of going to Puri to have the darshan of the Divine Trinity in the grand shrine. One day, he prayed to the Lord saying that his last days had neared and he was bereft of his physical strength. He also added that he had violated his resolute routine, which on his part was the unbearable departure of a religious discipline. He pleaded before the Lord to make some alternate arrangement for him for darshan of the Divine Trinity in his village.

All actions of a devotee are a happy augury for his spiritual brethren. The devotion of a devotee redeems a number of generations coming after him. This happened in the case of Manai Sahu. The Lord gave darshan to his devotee. He listened to his prayer. Glory to saints and devotees! The Supreme Lord said to Manai Sahu in dream: “Manai, you will have your great wish fulfilled in no time. You are filled with the spirit of great saints. The village where you live is divinely sanctified. It will be a holy place of pilgrims over the period of time. A replica of the Divine Trinity will be installed at Kandagoda.”

The next day, while taking bath, Manai Sahu got the scent of a neem log in a nearby village. The log was so heavy that it defeated the attempts of all those who tried to lift it from its place. Manai Sahu prayed to Lord Jagannath in humble devotion. This time when the devotees again attempted, they succeeded in carrying the log to Kandagoda shorn of any physical strain. A replica of the Divine Trinity was made out of the neem log. The three idols of Balabhadra, Jagannath and Subhdra were consecrated at Kandagoda.

Manai Sahu spent the rest part of his life, worshipping the three idols in his village. On one Dolopurnima day, Manai Sahu attained ‘Mahaprayan’ while in deep meditation. His Mahaprayan anniversary is still observed on this day in pump and ceremony in village Kandagoda. The devotional leelas of Manai Sahu constitute an unfading chapter in the annals of Bhakti movement of Orissa. His spiritual tenets of Gaod realization through Sankirtana Yoga is the reaffirmation of what Chaitanya Mahaprabhu had preached among his devotees as the only path of Mokshya in life. 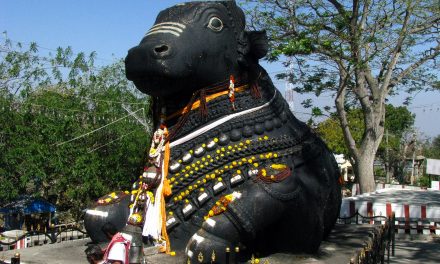 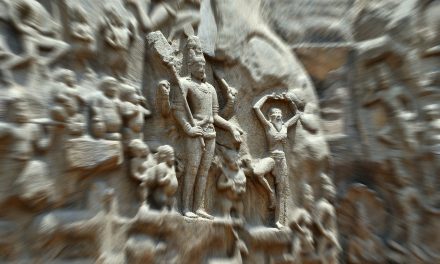 What is Vairagya (Dispassion)