Vedas and Puranas dominated the ancient religious scenerio of Hinduism. Vedas are great storehouses of knowledge and deal in a very sacred holy form as to how to lead a normal life, giving stress to the ideal method of living. Side by side the history of the religion and the spiritual quest to methods to attain God, also form a part of Vedas. But Puranas (ancient stories) are epic stories rivaling in greatness to any ancient literature produced any where in the world. As the only fore runner of the eighteen great Puranas compiled by Veda Vyasa (literally an essay writer), there is one great Purana which has not been compiled by him and this is Ramayana, which deals with the story of Rama. Ramayana is written by Valmiki – the sage who lived inside an anthill.

Unlike Vyasa, who is a great reporter, Valmiki was a very great poet. He had written the story of Ramayana with utmost poetic frenzy and eloquence. There is not a single stanza in Ramayana, where he has not used a figure of speech. His descriptions touch the chord deep in the mind. Hindus believed that it was the first epic ever written and they called it the Adhi Kavya (The first epic) and called Valmiki the Adhi Kavi (The first poet). Unlike the other great Puranas, Ramayana deals with the story of Rama, who is possibly the most ideal human being who ever lived in India. In spite of several thousand years old, his story provides a guide to every individual human being as to how to live an ideal life. The entire story of Ramayana is about him and him only. This story is divided in to six chapters viz. Bala kanda (Chapter on childhood), Ayodhya Kanda (The chapter on Ayodhya), Aranya Kanda (Chapter of the forest), Kishkinda Kanda (Chapter on Kishkinda), Sundara Kanda (Beautiful chapter) and Yuddha kanda (Chapter on War). There is also another chapter Uthara Kanda (after chapter) which is supposed to have been written by some other poet.

Valmiki was a hunter by birth, who was earning bread to his family by hunting animals. One day Sage Narada, who met him, enquired from him, whether his family members who shared the food that he took home, were willing to share his sin of hunting and killing the animals. Valmiki thought they would but none of them were willing to do so. This upset Valmiki and he wanted to give up his sinful ways and search for a better life. Narada requested him to keep on repeating the name of Rama, endlessly and ceaselessly. After some time, in his absorption of meditation, he did not notice that an anthill was built round him. His name comes from this story. Valmiki became a sage and a poet. He was searching for a suitable hero whose story he wanted to write in a poetic form. In his pursuits, one day he saw a hunter killing one among the bird couple, which resulted in the heartrending cry of the other. This touched his heart and soon he met Sage Narada again. Narada requested him to write the story of Rama which revolves round the marital separation. This suited the poignant mood of Valmiki whose mind was crying ever since he witnessed the death of the bird. An epic poem was born.

This poem was about Rama. Rama along with his younger brothers, Bharatha, Lakshmana and Shatrugna was the son of a great king Dasaratha. All the four brothers learnt all that is to know on all aspects of life from Vasishta, their teacher. Due to his soft and lovable personality, the entire world worshipped Rama, The great sage Viswamithra. (Meaning friend of the world) requested Dasaratha for the services of Rama to kill several Rakshasas who troubled him. Unwillingly Dasaratha sent Rama and Lakshmana along with him. After being further trained by the sage, Rama and Lakshmana helped the sage by killing Subahu and Thadaga. The sage took these two brothers to the state of Mithila where the king Janaka was searching for a suitable groom to his daughter Sita, who was famed for her beauty On the way Rama’s feet touched a stone, which turned in to Ahalya, the wife of sage Gowthama. She was cursed to become a stone because Indra viewed her with passion.

Sita’s father Janaka had told that his daughter would be given as a bride to only that man who could handle the great bow of Shiva which was given to him as a boon. Rama could do this effortlessly and won the hand of Sita. The marriage was celebrated with pomp and glory. Rama’s brothers also married the daughters of King Janaka’s brothers. On their way back, Rama was challenged by Sage Parasurama who had taken a vow to kill all Kshatriyas (Royal caste). Rama broke the great bow that Parasurama was carrying. Parasurama understood that the purpose of his incarnation was over and went back. Rama and Sita spend a very happy ten years in Ayodhya. Realizing the onset of old age, King Dasaratha wanted to crown Rama as a king of future. Kaikeyi the mother of Bharatha did not like this idea. She reminded Dasaratha that he had given two boons to her when she heroically helped him in a great battle. She asked that her son Bharatha should be made as the king of Ayodhya and Rama should be sent to forest for fourteen years. Rama understanding the predicament of his father, who loved him most, agreed to the conditions of mother Kaikeyi. His wife Sita and his darling brother Lakshmana accompanied him to the forest. He crossed the great River Ganges by the help of Guha his friend. Unable to contain his sorrow, king Dasaratha died. Bharatha who came back from his uncle’s place refused to take over the reins of the kingdom of Ayodhya. He journeyed to the forest and met Sri Rama. Rama advised him to rule the country for fourteen years. Bharatha agreed to do this as a representative of Rama. He took along with him the wooden slippers of Rama to a town called Nandi Grama and installed them on the throne. He ruled Ayodhya from there as a representative of Rama.

Rama, Lakshmana and Sita got accustomed to the hard life of the forest. They visited the hermitage of many sages which included the hermitage of Sage Agasthya. Instead of living in one single place, they shifted their place of stay often. They also killed many Rakshasas who were troubling people like Kabanda, Trishiras, Dhooshana and Khara. When they were living in the Janasthana forest Lord Rama single handedly killed fourteen thousand rakshasas. In the thirteenth year of their stay, Shurpanaka, the sister of Ravana, approached Lakshmana with a request for him to marry her. Lakshmana cut of her nose and ears. The enraged lady went with a complaint to her illustrious brother Ravana. She told him about the very pretty Sits. Ravana decided to make Sita his wife. He requested his uncle Maarecha to take the form of a golden deer and wander in front of Sita. Sita naturally took fancy for the deer and requested Lord Rama to catch it and give it to her. The deer took Rama away from his home and when it died shouted for the help of Lakshmana in the voice of Rama. Sita forced Lakshmana to go to the help of Rama, Ravana took the form of Brahmin and requested Sita to come out of the house and give him alms. Reluctantly she did this and was forcibly taken by Ravana along with him in his aircraft called Pushpaka Vimana. At this time one hawk – king called Jatayu, who was a friend of the family, tried to save Sita. But Ravana killed him. Jatayu told Rama and Lakshmana on their return about this abduction, before his death. Rama and Lakshmana started the search for Sita. They met Shabhari a great sage on the way and Rama blessed her. They then met Hanuman, the minister of Sugreeva. Hanuman convinced them that Sugreeva would help them in their search for Sita, and in return, Rama should kill Sugreeva’s brother Bali who was terrorizing him. Rama killed Bali and the monkey hoards searched for Sita in the four directions of the earth. The hoard going south was led by Angada, the son of Bali and consisted of Hanuman the son of Vayu (The god of wind) and Jambhavan, the bear. At one point when they were about to give up their search, Sampathi the hawk, who was the elder brother of Jatayu advised them that Sita was in the palace of Ravana in Sri Lanka. Spurred by this info, Hanuman crossed by jumping the great sea in between the Indian continent and Lanka. He located Sita and gave her the ring of Sri Rama as identification. She told him that Ravana would kill her after one month. Before leaving back, Hanuman killed most of the armies of Ravana which included his youngest son Akshaya Kumara. He was captured by Indra Jit, the elder son of Ravana. While in captivity he advised Ravana to follow the path of Dharma and return Sita to Lord Rama. Ravana spurned this advice and wanted to execute Hanuman. Ravana’s younger brother Vibishana advised Ravana not to do that and instead maim Hanuman as a punishment. The rakshasa set fire to the tail of Hanuman. With that, Hanuman set fire to the city of Sri Lanka. He crossed the ocean back and informed Rama of the plight of Sita.

Rama ably supported by the monkey and bear armies reached the shore of the sea with an aim to wage a war against Ravana. Vibishana, the just brother of Ravana, sought asylum with Rama from Ravana at this stage. Rama built a bridge across the sea and crossed it along with his army to Sri Lanka. In a horrendous war, the entire army of Ravana was exterminated and Ravana along with his sons and brother Kumbha Karna was killed. Sita was freed and her chastity tested in front of all those assembled by the test of the fire. She came out unscathed. Rama took her back and before going back, crowned Vibishana as the king of Sri Lanka.

Rama along with Sita and Lakshmana returned back to Ayodhya and there Rama was crowned as the king of Ayodhya.

This in short is the story of Ramayana, That part of the story which deals with crossing of the ocean by Hanuman, his finding of Sita and informing Rama about his fruitful search is called ‘Sundara Kandam’-the beautiful chapter. From ages it is believed that reading of Sundara kanda gives immense benefits. 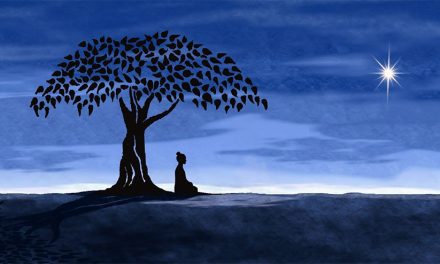 The Science of Chandogya Upanishad