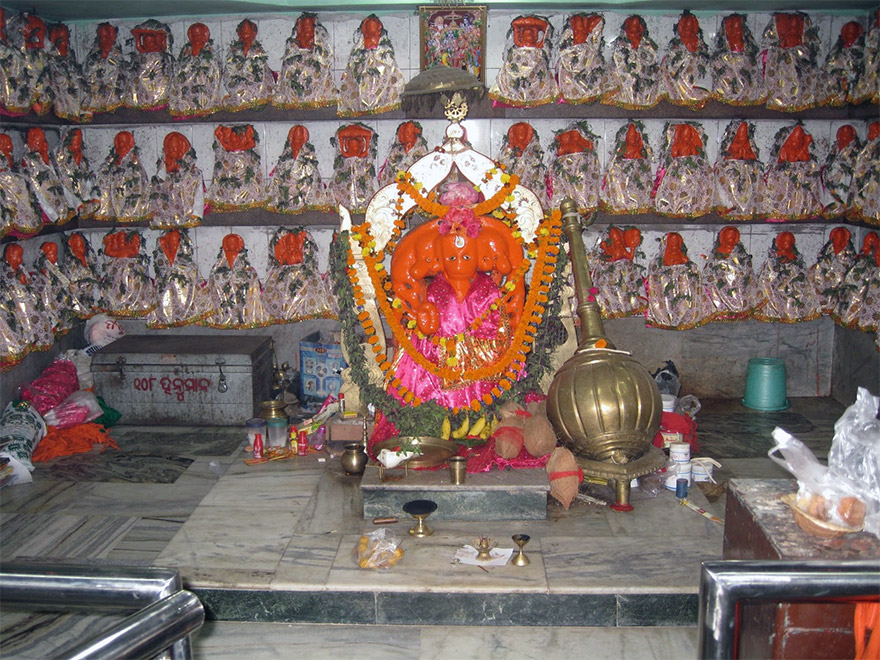 Mark Zuckerberg, CEO of Facebook, surprised the entire world as he revealed to Indian Prime Minister, Narendra Modi, that once he was advised by the founder of Apple, Steve Jobs, to visit Hanuman Temple of Kainchi Dham in the state of Uttarakhand. It also sprang a surprise, when the nation came to know that President of America, Barrack Obama, carried around a statue of Hanuman in his pocket.

“Sri Hanuman was gifted with a boon by Lord Rama that he would get countless bodies in Kaliyuga. This has come true as the temple city has countless places of worships of Hanuman. Literally, a new temple comes up with the construction of every new colony. But the temple at Unit-I behind the daily market in Bhubaneswar is really exceptional. In the last decades, hundreds of thousands of devotees have come to admit that it is the real abode of Sri Hanuman”-says Asim Kanungo- a retired Executive Engineer, who was one of the founder members of the temple in the early eighties.

The year 1997 marked a beginning for the temple as 108 idols of Hanuman were established by the living saint in the temple – Rama Baba. The place is frequented by almost all the celebrities, politicians, and other dignitaries. Dr Achyuta Samanata, the founder of KIITS University, is among the regular visitors of the shrine for a long period of time.

As there is abiding faith that reciting Hanuman Chalisa is immensely beneficial for one and all, one gets 108 times better results after reciting the same prayer once before the 108 idols of Him. Scriptures have forever laid emphasis on the number 108 as a means of regular practice in worship. Regular prayer before the 108 idols of Sri Hanuman assures protection from calamities and prosperity in life. As the God is familiar everywhere for His other name “Sankata Mochana”, the temple with the 108 idols has acquired considerable fame in the last two decades.

Although, this shrine of God came up in early eighties by the initiatives of handful of people, it got reputation in a short period of time. Growing by leaps and bounds under the patronage of living legendary saint, Sri Rama Das, the place has now the distinction of being the most outstanding place for worship of Hanuman.

“Unlike the other famous temples of Anjenaya , the distinction of this temple has stayed in the fact that it has stayed away from commercialism right from its inception. You do not find long queue of shops, selling lockets, photos, and key-rings of God before this temple in the din of loudspeaker and voices of people. Moreover, the silence inside the temple is remarkable, where you can sit before the 108 idols with your eyes closed, praying from the bottom of your heart.

Invariably, He responds to the prayer of people as most of the devotees turn up with smiles of their faces, citing their difficulties as solved. Even in the fervors of festivals like Rama Navami and Hanuman Jayanti, you find a large crowd of devotees but over the years, not a single untoward incident has taken place. Even in the days of festivities, the authorities in the temple do not take the help of Police as everything moves smoothly under the control of Lord”-Says Parshuram Dash- an ardent devotee and resident of Unit-1 colony.